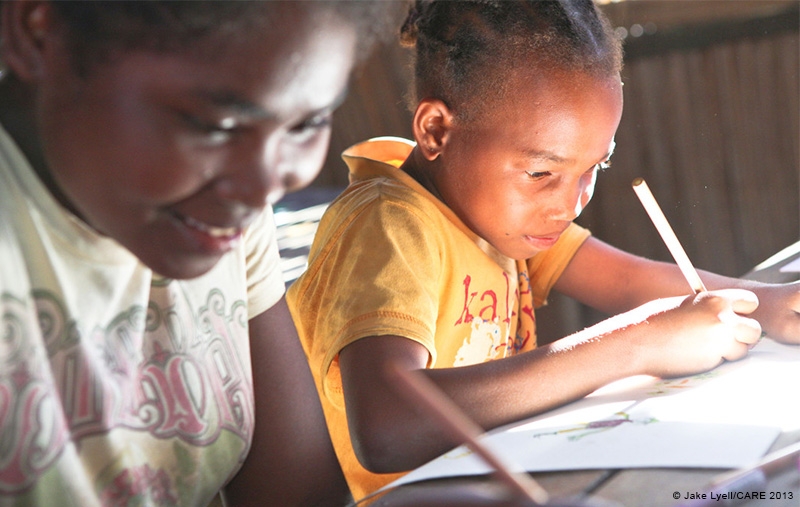 In Madagascar, kid’s test scores in French increased by 46% by thinking big and acting small. Learn how the community acheived this through the Fanamby project.

Tapping into parents’ ambitions for their kids and their communities was a huge part of the Fanamby project to improve access to education for more than 19,000 students. The evaluation says that the secret to success was “think big, but act small.” By pairing a grand vision with tangible actions that communities led themselves, they were able to show huge gains in education.

Parents aren’t ready to stop here—they’re excited about possibilities beyond the project. As Desire Rafanomezana says,

“It’s true that the project will end, but for those of us who have seen the benefits, it’s our duty to share what our experiences with others."

Take a look at the final evaluation.

Note: The photo used to illustrate this blog is not directly from the project described.

More in this category: « How tea communities in Sri Lanka collaborate to achieve social and business benefits Doing Development Differently in the Global South: ways forward in localising the approach »