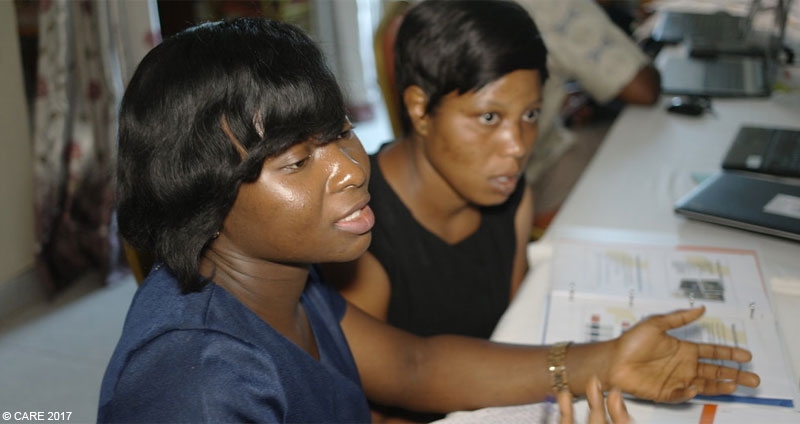 In the second in this 3-part blog series on Contribution Tracing we turn our attention to finding out which items of evidence are the most powerful.

In blog 1, we introduced the common problem of the ‘data trap’ that people can often fall into when collecting data – too much effort spent on gathering relatively useless data and not enough of the ‘right’ data that makes for strong evidence! As a potential solution, we introduced the first of four key steps in a new theory-based approach called Contribution Tracing (see steps in Box 1).

To recap, Step 1 helps us identify the right evidence that can help prevent us from falling into the ‘data trap’. Let’s now continue by exploring Step 2: assigning probabilities for Sensitivity and Type I Error.

Based on the example case from Ghana’s Strengthening Accountability Mechanisms (GSAM) project, we identified five items of evidence that we might look for during data collection (see Box 2).

In Step 2, we turn our attention to finding out which items of evidence are the most powerful. We do this by firstly assigning two probabilities, known as Sensitivity and Type I Error. (Check out GSAM team member, Samuel, who gives a brief explanation of these two probabilities in the YouTube video below.)

The probability for Sensitivity works like this: if the component of the claim is TRUE, what is the probability of finding a specific type of evidence? Let’s remind ourselves of the necessary component we worked with from the GSAM claim in our first blog:

The GSAM project (entity) delivered training to Civil Society Organisations (activity) to increase their knowledge and skills in engaging with District Assemblies on the planning and implementation processes of capital projects.

In our example, the question we ask ourselves when assigning the probability for Sensitivity is: if the GSAM project really did deliver its training programme to Civil Society Organisations [component], what is the probability of finding a training agenda [evidence item #1]? This logic would be applied to each item of evidence identified in Box 2.

From our example of the GSAM project, what probability might we set for evidence item 1? To start, we know that GSAM is a well-funded, well-organised project, being implemented by a consortium of large and reputable NGOs. We also know that it is common practice to produce training agendas in this context. Therefore, we would assume that there is a high chance of finding a training agenda. Let’s say we decide on a high probability of 0.95. By setting such a probability, we are saying that we are very confident (95% in fact) of finding such evidence, should we look for it. However, we have left some room for doubt, at a level of 5%. We then follow the same process for other items of evidence - the Sensitivities for each one are shown in Box 3 below.

Remember that Sensitivity is based on our expectations of finding evidence if the component of the claim is TRUE. You will note that the Sensitivities for evidence items 1 through 4 are very similar, but evidence item 5 has a very low Sensitivity. Why? This is because, it is unusual, especially in the Ghanaian context, to film such training events. So, we set the Sensitivity lower at only 10%, because we wouldn’t expect to find such evidence if we were to look for it.

This might sound a little crazy at first, but let’s think it through. It is plausible that the plans for the training were well advanced and hence the agenda had been developed. Then, for a number of legitimate reasons, the training never went ahead – eg, the trainer got sick, or there was a tropical storm. I’m sure you could think of other reasons why the training was cancelled – they are numerous.

In Contribution Tracing, we can think of the probabilities we set for Type I Error as follows: a probability of 0 means there are absolutely no other explanations for the existence of the item of evidence, other than the component of the claim. Whereas a probability of 1 means that multiple, alternative explanations exist, which may be more plausible to explain the existence of the item of evidence. Again, we can never have such definitive certainty, ex ante, to set Type I Error as 0 or 1, so we choose a value close to 0 or 1.

Now going back to the title of our blog, why would evaluators be seeking sensitive data? And similarly, why do they like evidence with low Type I error? Remember that the higher the sensitivity, the more likely we are to find the evidence if we look for it, while the lower the Type I Error, the less likely that other, potentially better, explanations exist.

In the final edition of our blog series we will explain how to use Bayes Theorem to update your confidence in the component of the claim following data collection.

This blog was first published on the Pamoja website.

Gavin Stedman-Bryce is Managing Director at Pamoja and Team Leader of a learning partnership between Pamoja, CARE International UK and two CARE country offices in Bangladesh and Ghana. Gavin is a leading developer of a new approach to impact evaluation called Contribution Tracing, which is the cornerstone of the year-long learning partnership which aims to support CARE to better capture the effects of its inclusive governance work.