Home // Development Blog // Balancing a short term gain of billions of dollars Versus irrecoverable environmental damage for generations to come: What should we do to save the Yasuní Innovative Climate Financing Scheme in Ecuadorean Amazon?

Balancing a short term gain of billions of dollars Versus irrecoverable environmental damage for generations to come: What should we do to save the Yasuní Innovative Climate Financing Scheme in Ecuadorean Amazon? 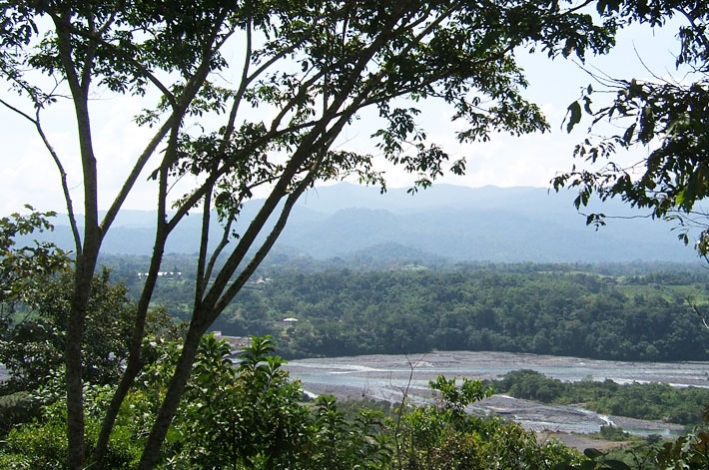 A pledge of compensation made in 2010 to keep the Yasuní National Park untouched after the discovery of oil appears to have failed. What went wrong? Why couldn’t the Western governments raise the money? How do we change the rules of the game to better balance long term and short term incentives?

The Yasuní National Park in the Ecuador Amazon Rainforest is arguably the most biologically diverse spot on Earth. At 9,820 km2 it has unparalleled levels of plant and animal diversity, is home to indigenous communities living in voluntary isolation and has been an official UNESCO Biosphere Reserve since 1989.

After large oil deposits were discovered under its surface – roughly 920 million barrels (corresponding to 400 million tons of CO2) in the so called ITT oil field–the Correa government and UNDP officially launched an initiative in 2010– the Yasuní-ITT Trust Fund. The fund sought pledges of compensation from the international community worth $3.6 billion over 13 years to keep the park untouched. This amount corresponded to 50 per cent of the value of the Yasuní-ITT oil reserves when the calculation was made. Now the reserves are worth much more, around $16 billion according to President Correa.

The pledge was a smart initiative to protect a common good for the whole planet, and at the same time guarantee some much needed benefits to the Ecuadorian people: a payment for a valuable environmental service, where the international community was invited to contribute. It now looks like it has failed: the Yasuní-ITT Trust Fund managed to raise only 0.37 per cent of the target and commitments for another three per cent, leaving a massive shortfall of almost $ 3.48 billion.

What went wrong? Why couldn’t the Western governments, many of them so vocal around climate change (but major polluters at the same time) raise the money to safeguard the rainforest? Many factors need to be considered but I’d like to explore the political and economic incentives at play.

A worrying aspect of this story is the way in which economic and political incentives collided to demonstrate that using market based mechanisms to sort out climate change and environmental protection is just a utopian dream.

As INGO professionals, I wonder how we should position ourselves? The most logical thing would be asking Western governments to commit funds to the idea, but how/why should they commit to keep oil underground in the Amazon while at the same time there is a frenzy at home to extract shale gas and burn it?

What I am sure of is that we should not campaign for Ecuador to fight this battle while a substantial part of its population lives in poverty, unless Western governments are ready to pay part of the price tag as well. If Ecuador, through its democratic mechanisms (there is a civil society movement pushing for a public consultation process), chooses to keep the reserves underground, without any compensation, that would be a historical landmark for the planet. If this doesn’t happen, perhaps INGOs like CARE and the international community should to work to minimize the negative impacts on the oil fields in Yasuní-ITT and to maximize the benefits for vulnerable groups in Ecuador?

Considering that increasingly more decisions taken by single countries in relation to their natural resources affect not only the countries where the resources are located, but the rest of humanity in general, perhaps the Yasuní-ITT strategy was not communicated well enough nor its wider importance sufficiently understood? The short term social and economic interest of billions of dollars of capital has prevailed over the long term interest of the planet… Politicians accountable to an electorate with high levels of poverty, hungry to deliver jobs and growth are prone to overlook the rights of future generations who will depend on the services that ecosystems provide.

All this leaves us with more questions than answers. How do we change the rules of the game to better balance long term and short term incentives? Can solutions come from market-based mechanisms and what role should poverty-tackling NGOs like CARE play in this process?

More in this category: « What your BOP strategy is missing: A gender lens CARE report reveals pitiful spending on gender in emergencies globally »