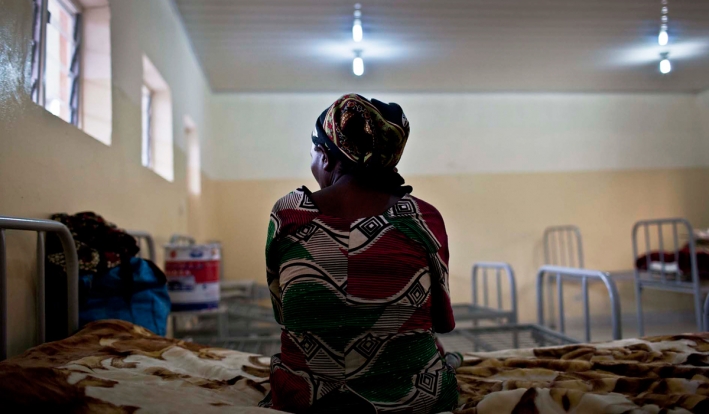 According to the latest UN statistics, of the total population affected by Typhoon Haiyan, an estimated 47,600 women are at risk of sexual violence. In the evacuation centres, an estimated 2,250 women are also at risk.

We know that disasters impact men and women differently - but how can we get better at factoring this into account in international aid efforts?

To coincide with the international summit on violence against women and girls in emergencies that took place in London on 13 November, CARE International UK published a report highlighting the low levels of donor funding for humanitarian programmes that take any deliberate steps to address gender in their design.

To do this, we drew on UN statistics and an internal UN review of efforts to implement a tool called the 'Gender Marker', which tracks how gender is factored into emergency life-saving projects.

The Gender Marker is far from a robust measure. However it's the only one available.

UK falling behind other countries

Our investigation using the latest data revealed that the UK managed only 0.5% of aid reported through the system going to projects that primarily target gender equality or violence against women and girls.

Interestingly, Kuwait and Japan led the way with 5% and 4% respectively. However, even Kuwait's achievement is nothing to shout about. UN Secretary General Ban Ki-moon has set a target that 15% of all post-conflict funding should address gender equality and women's empowerment.

Before Typhoon Haiyan, the data suggests that aid to the Philippines performed surprisingly well - with 92% of all its humanitarian funded projects categorised as 2a or 2b. And the UN has already deployed trained specialists in gender-based violence to Tacloban and Eastern Samar, two of the worst-affected areas. Others will participate in rapid needs assessments in Roxas City and Aklan. CARE will also seek to factor gender into our response to the crisis.

How useful is the Gender Marker?

Of course, tick-box algorithms cannot tell us if a life-saving health or sanitation project in a refugee camp is effectively addressing gender inequality*. But systems like the Gender Marker can help in bringing a basic level of monitoring and accountability to our efforts. Signatories to the Communique for the meeting in London have committed to "strengthen accountability", but not yet detailed how.

Looking forward, CARE highlights that while the Gender Marker is only one imperfect tool, it is an important one and should be factored into the follow-up to this event.

Donors, the UN and agencies on the ground like CARE all need to get better at holding ourselves accountable for how we address the specific ways in which natural disasters and conflict impact differently on women and men, girls and boys.

UNICEF has set an ambitious target that the work it coordinates globally will move out of the gender-blind category by the end of the year, and CARE is working with them on this in multiple crises around the globe. The question is not yet whether 2b or not 2b, but rather how soon can we get out of 0.

For many women in Syria, Afghanistan, DRC and other countries in crisis today, the answer is 'not soon enough'.

Follow the link to read CARE's full report highlighting the low levels of donor funding for humanitarian programmes that take any deliberate steps to address gender in their design.

* Some of the oddities in the data we found may partly reflect incorrect coding of projects. A UN review in 2012 - the first year in which the system was rolled-out globally - found that 36% of projects were not coded correctly. This has reduced to 28% this year. Why is this? The Gender Marker is relatively new system and has inevitably faced teething problems.

What's more, work on gender is often discreetly integrated into projects with another main objective, for example creating safe spaces for women and girls in design of refugee camps. Some of the most important projects to respond to violence involve links across multiple different agencies and sectors of aid, like establishing referral systems between projects addressing health, psycho-social and security.

More in this category: « Balancing a short term gain of billions of dollars Versus irrecoverable environmental damage for generations to come: What should we do to save the Yasuní Innovative Climate Financing Scheme in Ecuadorean Amazon? Invitation to launch of report on domestic workers and the ratification of ILO Convention 189 »