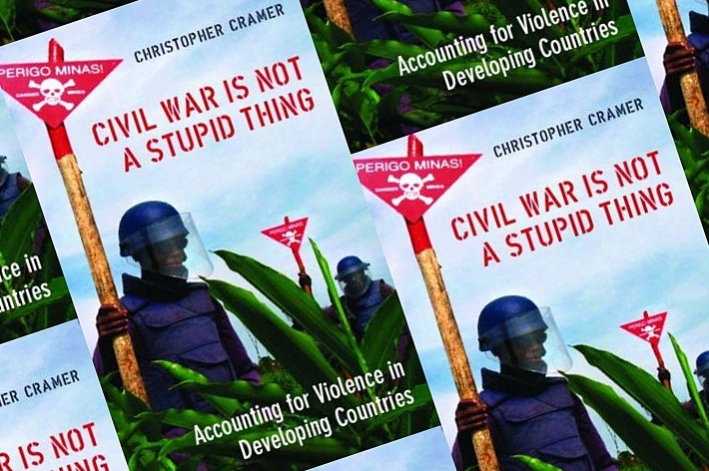 ‘Civil War is Not a Stupid Thing’ - Christopher Cramer.

Bill Gates claims to read 20-30 books a month. Yet the truth is most of us working in development rarely read a book cover to cover. ‘Book Off’ – is CARE International UK’s (CIUK’s) attempt to tap into the best new ideas without spending a day in the library. My contribution to this month’s rapid fire discussion group was a look at conflict guru Chris Cramer’s seminal book, Civil War is Not a Stupid Thing, from 2006, and the key ideas it contains.

In a nutshell Cramer argues there is nothing new or modern about 21st century wars, no one explanation for violence can fit the diversity of conflict in the world today, and war is not development in reverse but can be quite the opposite. I greatly enjoyed his taking down of several sacred cows many of us have been guilty of quoting by examining the evidence of multiple conflicts over the past several hundred years. Those with more time and inclination might want to look at the positive examples of societies that have emerged without the violence and bloodletting to examine his argument further, but on its own his book gives cause to several lessons worth listening to.

So why the book review, and why the Book Off? On a recent Duncan Green blog a poll challenged readers to state the last time they finished reading a book on development cover to cover. Most stated it was more than six months ago, and in truth many might not have done so since university. To break through the inertia of being stuck half way through a book and to benefit from the reading of others, Book Off is a fun, rapid fire discussion group where CARE staff bring something they have read and share the key takeaways with each other. Five minutes per book/article with some follow up chat, and the most captivating idea as judged by the attendees winning the presenter a soft drink. Or in other words: “The Juiciest idea wins the Juice”.

If nothing else it spurred me on to the end of the Cramer book, and I also learnt about new ideas in unconditional cash transfers in Uganda and the new class of ‘strugglers’ in Latin America. So hopefully both motivating and labour saving. Book Off returns in August – any suggestions on what I should read next?

More in this category: « ‘Civil War is Not a Stupid Thing’ and starting a new reading group in CARE What did the Nutrition for Growth compact deliver for smallholder women farmers? »