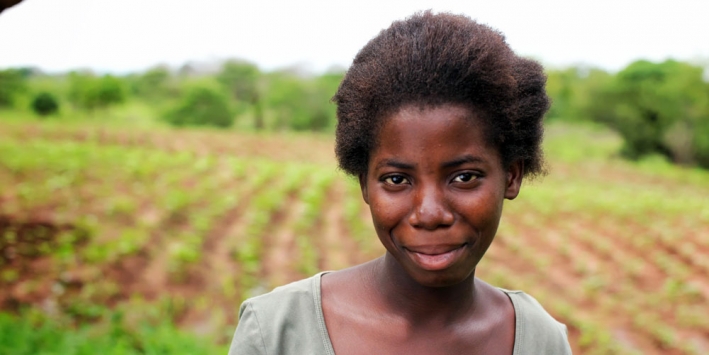 A young female farmer from Malawi. Investing in female smallholders can make a massive difference to food security, yet this issue was skirted over at the the Committee on World Food Security. © CARE

After the annual meeting of the world’s largest and most important body for agreeing international food and nutrition security policy, Larissa Pelham questions on World Food Day whether NGOs really have a voice in the process.

This year, the first plenary session of the Committee on World Food Security (CFS) was the launch of its report on investment in smallholder agriculture. Three hours passed without a single mention of nutrition. Investing in female smallholders was skated over perfunctorily; it wasn’t about genuine gender change at all. Yet these are both issues that CARE – as many other NGOs – have consistently raised in our feedback on this topic in the past year. It begs the obvious question, do we as NGOs, really influence this policy-making process?

The UN-mandated CFS is run out of Rome by the Food and Agriculture Organisation and World Food Programme. Following the 2008 food price crisis, it underwent a fundamental reform process to turn the CFS into an effective, inclusive policy-influencing body. Each year, the CFS takes forward two streams of work, from which follows a robust report and from this a set of draft policy recommendations. These recommendations are debated and hopefully, endorsed by the CFS at its annual meeting. Civil society, the private sector and the philanthropic sector have all engaged with the CFS more earnestly since the reform process. Such a consultative process gives legitimacy to decisions taken.

It is a consultative process. As an NGO, CARE can provide feedback to the terms of reference for the thematic reports, to the draft reports, to the draft policy recommendations and during plenary discussions. At the annual plenary meeting, we sit alongside member states and are entitled to give comments from the floor, with all the governments of the world. The scores of NGOs, farmers’ groups and social movements present, means that the voices of the most vulnerable and marginalised can be heard at every stage of the CFS process. To maximise the strength of our voice, civil society organises itself under the Civil Society Mechanism. We meet prior to the CFS and agree revisions and ‘red lines’ for the draft policy, to submit to the CFS. It’s pretty inclusive all in all.

The inclusivity of the design doesn’t necessarily match the reality.

So I’ll settle on three suggestions:

More in this category: « Three reasons why the UK National Action Plan on Business and Human Rights should prioritise gender Arab Spring or Arab Autumn? The West should support Arab women to speak out »