Home // Development Blog // Doing Nexus Differently: What do we know, and what can you tell us?

Doing Nexus Differently: What do we know, and what can you tell us? 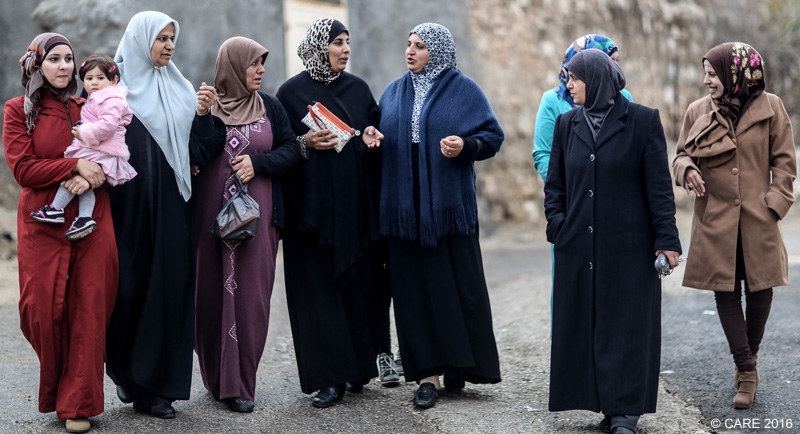 Two members of this Faquaa (North of West Bank) women's group, which led socio-economic improvements for their community, were elected as local council representatives

For the people we work with and for, the divisions and brick walls between humanitarian and development work do not make sense. So why does the sector keep this division as the norm, rather than the exception?

At CARE, we’re exploring the potential for Nexus programming to help bridge this division. Our Regional Applied Economic Empowerment Hub in Middle East and North Africa (MENA) has recently published a paper, in collaboration with more than 30 thought leaders and practitioners from the MENA region and globally, on Nexus programming. And the Hub is confident that Nexus – whether Double Nexus (closer integration of humanitarian assistance with development) or Triple Nexus (also including peace/security) – is here to stay.

What Nexus means in practice

What does Nexus mean to the people we are seeking to help? Let’s take the example of Wafaa, a 39-year-old mother of four living in Gaza – an area that is under a blockade limiting the movement of goods and people.

Year to year, Wafaa – who provided for her family by baking and selling pastries – was mostly dependent on humanitarian aid such as food distribution. With Nexus programming, Wafaa was supported by CARE not only to meet her immediate needs but also to realise the power within her and become more self-reliant.

While meeting her immediate needs for food, CARE worked with her and more than 100 others to establish The Dates Palm Social Enterprise, which now produces more than 15% of Gaza’s local production of dates, improving food availability for more than 200,000 people.

This was only possible through an integrated package of combined humanitarian and development support that simply made sense to Wafaa, local actors, and the context.

Doing Nexus differently – what are our concerns?

The demand for highly integrated approaches is driven by a variety of factors, among them the pressure on donors and humanitarian/development actors to work with fewer resources to address a growing number of needs.

Even with the increased attention on bridging the divide between humanitarian, development and peace/security programming, the sector is still not taking full advantage of the opportunities (and mitigating the risks) posed by Nexus programming.

CARE’s Regional Applied Economic Empowerment Hub in MENA is opptimistic about Nexus programming – especially Nexus as a driver for women’s empowerment - but we stress the need for certain principles to be applied.

In our Doing Nexus Differently knowledge paper, we put forward nine bottom-up core principles to maximize benefit from Nexus programming and to prevent negative consequences, such as the instrumentalisation and politicisation of aid, as well as reduction of programming impact:

Unfortunately, most conversations about Nexus programming are currently being shaped and implemented in top-down approaches, with limited inclusion of local voices. This creates a wide gap between our beneficiaries, like Wafaa, and those who fund or influence aid (see Figure 1).

Therefore, what sets CARE’s approach apart is the strong bottom-up application of the nine core principles allowing for a Nexus that is grounded in local realities and local needs, and solutions that are ALWAYS shaped by those who are most impacted by the problem and who can own the solutions.

The paper does not promote a one-size-fits-all approach but is a rallying cry for practitioners to build on the evidence and local (plus organisational) context to design the most appropriate mix of interventions.

CARE calls on you to join the Doing Nexus Differently movement and to take action!

Anan works with CARE International in the Middle East and North Africa (MENA) region. Before this he worked as an Innovation Fellow with CARE USA in the Global Innovation Team for a philanthropic programme and was a Programme Director at CARE West Bank/Gaza.

Anan pioneered the start-up of an award winning social enterprises and social market solutions lab, UptakePreneur. He has led many regional and global applied innovations and knowledge products. Anan is also an advocate and thought leader for leveraging market and social forces for social impact.

Prior to joining CARE, he held many strategy, change management, innovation, and programme management positions in various sectors and organisations in MENA and North America, including The Royal Bank of Canada, General Motors, and TELUS Corporation.

Anan holds an MA in Business Administration (MBA in management of technology and innovation) and two BSc degrees: Computer Science and Industrial Engineering from the University of Pittsburgh, USA.