Home // Development Blog // Don’t plan for us, plan with us: the power of women’s leadership in emergencies

Don’t plan for us, plan with us: the power of women’s leadership in emergencies 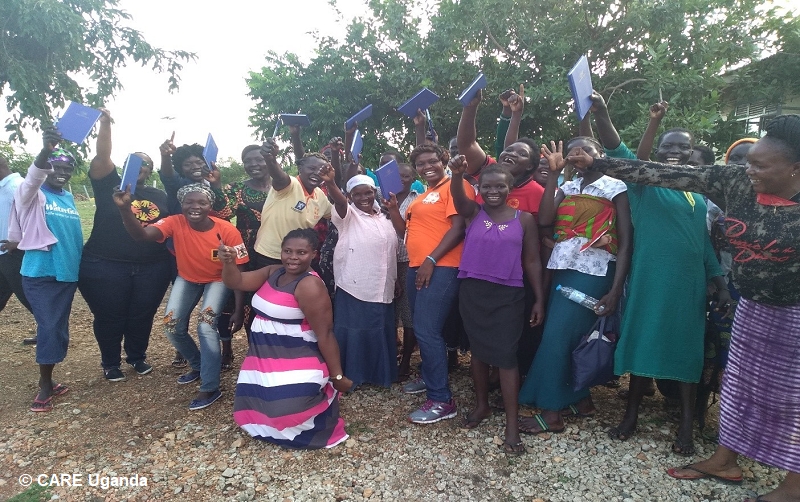 Women and girls are the hardest hit by conflict and disasters but often have little or no say in the design and delivery of humanitarian aid. CARE’s Women Lead in Emergencies approach is the first practical toolkit for frontline humanitarians to support women to take the lead in responding to crises that directly affect them and their communities. Below are some of the lessons we have learned piloting this approach with women’s groups in the Omugo refugee settlement in the West Nile in Uganda.

The grassroots women’s groups we work with have collectively identified priorities and taken action to increase their engagement in their communities and with humanitarian actors, including:

“If you elect me as Chairperson, I will ensure that the organizations responsible for health, water and schools bring these services closer to our people… I will make sure the cultural leaders involve, listen and take into consideration the decisions of women and above all I will make sure all the women are educated enough to know how to read and write.” - Tereza Nyakum, candidate for Refugee Welfare Council Chairperson

How are women overcoming the barriers to their participation?

The Women Lead approach asks women how they want to participate in humanitarian action, what the barriers are and what support CARE and partners can provide to overcome them.

While COVID-19 restrictions have created new challenges, the women’s groups are actively participating in the response to the new crisis:

This blog was authored by Rebecca Wilton with the support of Caroline Aol, Grace Namukose (both CARE Uganda), Tam O'Neil (CARE UK) and Tessa Bolton (CARE Canada), and special thanks to the women’s groups in Omugo and Global Affairs Canada, who made this pilot possible.

As Knowledge Management & Communications Officer at CARE International UK, I provide strategic communications support to CARE global technical teams, including Women’s Economic Justice, Inclusive Governance and Emergency Shelter. I focus on drawing out and sharing insights from CARE’s programming to improve impact. I have a particular interest in how we adapt our approaches in humanitarian settings.

Prior to joining CARE, I worked in creative communications agencies, managing advocacy and social behavioural change campaigns on issues including HIV, nutrition, family planning and tackling stigma and discrimination towards LGBT people and sex workers.

I hold a BA in Modern Languages from the University of Oxford.

In the wake of the #MeToo movement, How Change Happens by Cass Sunstein draws on behavioural economics, psychology and other fields to explore how social change happens – including the crucial role of social norms.