Global Summit: No more talking - it’s time to take action on programmes in emergencies for survivors of sexual violence 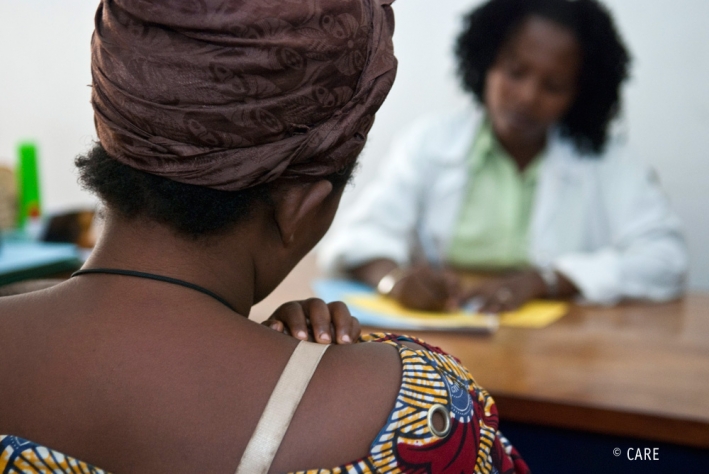 The upcoming global summit (from June 10–13 in London) shines the spotlight back onto the subject of sexual violence in conflict. Newcomers to the subject might gasp and rightly point out: “This is horrifying, this is awful, something must be done!” – and so it must. But some humanitarian practitioners, speaking quietly from the back of the room, might say: “Excuse me, we have been working on this all along”.

For many of us, there’s a feeling we’ve been here before. Hands have been banged on desks, tears have been shed, and survivors of sexual violence have spoken out. Meetings have been held, pledges and commitments have been made, communiqués and guidelines have been issued. Afterwards, the pledges are promoted as a massive step forward, and then filed away until the next time, when more people say: “This is horrifying, this is awful, something must be done!”

But so much has been done already. The international community has been working on gender-based violence and sexual violence in conflict for over two decades. We have guidelines and minimum standards in place. There is research into what works and what doesn’t. There are case studies from Rwanda in 1994 and the Balkans conflict, all the way through to more recent conflicts like Syria.

In short, the time for talking is over. We need to turn this rhetoric into action – action which directly benefits the women, girls, boys and men who have survived sexual violence.

That’s why CARE International is calling on states, multilateral agencies and NGOs to translate the 12 global commitments in the 2013 Call to Action on Violence Against Women and Girls in Emergencies into bilateral donor policy and funding. Key steps should include increased funding for sexual and reproductive health programmes in emergencies, and standardising the use of Gender Markers to hold aid agencies accountable.

Making the WHO Clinical Management of Rape Survivors Guidelines a mandatory element of health programming for NGO, UN and government recipients of funding, would be one step within this.

The WHO Clinical Management of Rape Survivors Guidelines was published 10 years ago and other tools existed prior to this. These guidelines provide simple, easy to use, practical information on the response health workers should be able to provide to survivors of sexual violence – including the use of drugs to prevent the contraction of HIV.

Yet, when I go into countries which have been affected by conflict for years, decades even, the training needed for health workers and the supply of drugs are often not yet in place. Within a number of NGOs which have a health programme as well as gender-based violence/women’s protection/sexual violence or other associated programming, there is little mainstreaming, integration or coordination.

As an international community, we can’t even get our own house in order. NGOs with health capacity should train all staff in clinical management of rape survivors as a first step towards action. Response, after all, is a secondary form of prevention work. Through secondary prevention, we can preclude further acts of sexual violence from taking place and mitigate risk to survivors.

This has to become a requirement: donors can no longer leave it as a choice.

There must also be further pressure placed on UN agencies responsible for the procurement and distribution of the post-rape treatment kits to ensure that enough are pre-positioned for all emergencies, and that systems on the ground reflect the commitments made at the global level. My heart will break completely if I see another out of date post-rape treatment kit in a warehouse, while NGOs and survivors of sexual violence are crying out for help. Donor governments and high level UN figures need to pay attention to this reality and the reality that for years, survivors of sexual violence have been failed by a simple lack of coordination.

We all need to get better at this, CARE included. But with targeted funding from donors to ensure that gender-based violence prevention and response is mainstreamed throughout NGOs and that governments are held accountable to the commitments they have made, the impact will be real, concrete and far reaching.

Let’s make the Global Summit the moment when we ensure we get the basic responses in place, and turn our commitments into action as we attempt to end sexual violence in conflict.

More in this category: « Why anyone who supports women's rights should support living wages…but will have to demand that they reach all the way through the supply chain Putting the EMPHASIS on migration: What do you think are the priorities for the women, migration and development agenda? »