Home // Development Blog // Is the EU right to see the private sector as the ‘silver bullet’ to solve Europe’s migrant ‘crisis’?

Is the EU right to see the private sector as the ‘silver bullet’ to solve Europe’s migrant ‘crisis’? 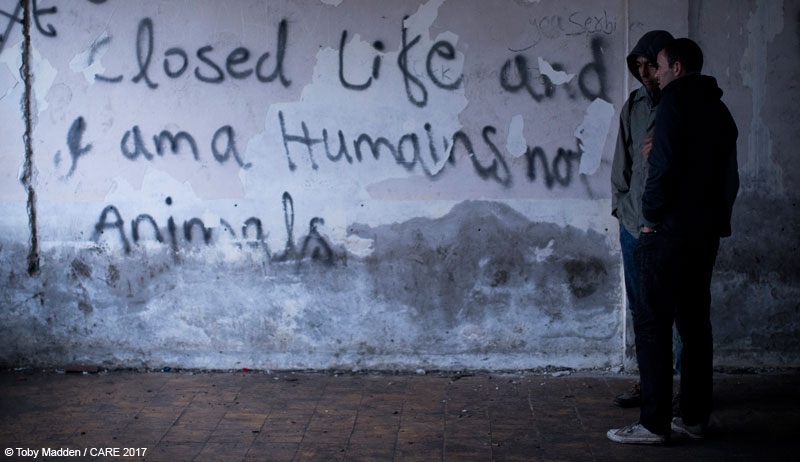 The narrative coming out of the European Union is that the private sector can provide the ‘solution’ to Europe’s concerns about migration. Is this about a more equitable partnership with African countries, or is it just self-interest and buying into populist fears?

Migration remains at the top of the European Union’s agenda. In the last few weeks, summits have been announced between the EU and the Arab League, as well as between the EU and Africa, combined with Council meetings in Vienna, a number of high level visits to Egypt, and dedicated discussions at the UN General Assembly on how to solve the migrant problem in Libya. The Foreign Affairs Council on October 15 is the next date in line, where the ‘external aspects of migration’ will be discussed.

The EU focus on partnerships

For the upcoming EU-Africa summit, while an explicit link has been made with population growth in Africa and how that poses a challenge to Europe in terms of increasing migration in the future, as usual the summit is advertised as being about ‘partnership’. Austrian Chancellor Sebastian Kurz, currently chairing the Council of the European Union, added that it was not only a question of traditional aid on the ground but also “the long-term economic cooperation in industries of the future”.

This strongly mirror’s European Commission President Juncker’s State of the Union. On September 12 he announced a new kind of partnership with Africa: “Today, we are proposing a new Alliance for Sustainable Investment and Jobs between Europe and Africa. (…) And we have to stop seeing this relationship through the sole prism of development aid. Such an approach is beyond inadequate, humiliatingly so. Africa does not need charity, it needs true and fair partnerships. And Europe needs this partnership just as much.”

This narrative and strong belief in the private sector, rather than in development aid, is increasingly dominant at EU level, including many Member States. The Juncker Plan will build further on the European External Investment Plan, which aims to use Official Development Assistance to leverage private sector investment in fragile states (so-called ‘blending’, reducing the risk for companies to invest). This Plan is currently being rolled out, and is – at least in narrative – explicitly linked to the EU’s migration agenda: “Investments under the EFSD should complement and strengthen efforts carried out in the context of the Union’s migration policy with third countries”.

At the European Migration Network conference in Vienna on 4-5 October, Oxford academic Paul Collier and his colleague Alexander Betts presented their concept for a ‘coherent’ migration policy. When questioned in Knack about how the EU could do more, on top of the billions of euros spent on Turkey and the Africa Trust Fund, Collier answers: “Firms! Investment! Europe needs to steer companies and create jobs, instead of taking care of blankets and food packages. Also from self-interest. Do you want to prevent refugees from taking their chance in Europe? Then you have to bring the opportunities to them.”

So where does development aid sit in all this?

All of these narratives present the private sector as the silver bullet out of Europe’s migration or refugee ‘crisis’.

Do we completely disagree? No. We do see a role for the private sector in development cooperation at large, and in refugee hosting countries in particular, to create decent jobs.

As my colleague Tom Newby noted in his reflections on Collier-Betts “Refuge: Transforming a broken refugee system”, the right to work is inherent in the 1951 Refugee Convention, and for example already around the 2016 London Conference on Syria, CARE convened roundtables with business on their role in refugee livelihoods, and organised other studies and outreach to different actors – including government line ministries and private sector actors in refugee-hosting nations.

But what is relevant for all cases of private sector involvement, is particularly relevant for engagement with impoverished populations and fragile states: safeguards are crucial! Proposals to change the current refugee regime and put global business “to work”, thereby “bringing to refugees the opportunities to thrive”, reflects a view of refugees as an economic resource from which global business can make profit, without consideration of the rights of refugees or the significant risk of their exploitation, including in Special Economic Zones (SEZ).

In relation to the European External Investment Plan, NGOs such as Oxfam, CARE, Action Aid, Eurodad, as well as the International Trade Union Confederation, sought to advocate for social, environmental, labour and human rights, including grievance mechanisms; but very little concrete commitments were made in the legislation.

In our view, commercial goals should not supersede developmental goals, and it is illusory to assume that these goals automatically converge, especially when power is so inequitably distributed between states, companies and peoples. Promoting and financially supporting a greater corporate presence in developing countries in the absence of an adequate legal framework that guarantees corporate accountability and transparency, and ensures justice for victims of corporate malpractice, risks incentivising exploitation and human and labour rights violations, rather than promote a dignified life with decent jobs.

There are certainly ways of achieving an important positive impact by working with companies on their value chains, as CARE does in many places, but it needs to be carefully managed and focused on a bottom-up, human rights-based approach – and we are not seeing that nuanced discussion in the current EU debates.

Moreover, it is important for the EU to keep the bigger picture in mind. The United Nations Conference on Trade and Development (Unctad) recently warned in its annual health check on the global economy that while governments had kept a lid on their debts, private corporations were behind a dramatic increase in developing-world debts.

The inconvenient truth is that there is no easy way to regulate migration flows. Responding to the various refugee crises and migrant flows requires political will and collaboration around a range interventions and support, as the discussions around the Global Refugee Compact and Global Migration Compact illustrate. As Tom Newby says:

And investments. But it is not an either/or story, it needs to be carefully monitored, and no, the private sector is not the EU’s new holy grail.

Moreover, Mr Juncker, there is nothing humiliating about development cooperation if it follows the Busan development effectiveness principles of ownership and alignment with third countries’ priorities, focusing on lasting impact on sustainable development, inclusivity and transparency. Perhaps it is time for the EU to re-read and re-engage with those commitments?

What is humiliating is a relationship where African countries receive investment in return for limiting and constraining the rights of their people. Where investment means more restrictions on movement, not fewer.

The EU, which guards the right to free movement within its borders as integral to a just free trade-based system, accompanying free movement of goods, services and capital, will do everything possible to restrict movement by others. However, refugees absolutely have the right to seek safety and ask for asylum in Europe, regardless of how they arrive on Europe’s soil, and Member States are obliged by international law to respect that.

Europe cannot and should not “prevent them from taking their chance”, as if fleeing were a choice.

Moreover, time and again, it seems to go unnoticed – or is deliberately ignored in public debates – that Europe also greatly profits from migration. According to 2014 data from OECD, migrants accounted for 70% of the increase in the workforce in Europe over the past 10 years, demonstrating their willingness to seek employment and rebuild their lives for themselves and their families.

In fact, employer organisations in Belgium for example have been appealing to the government to let in more migrants of all skills levels. More pathways for legal migration are urgently necessary, and should be on par in agendas for discussions with African states, yet are the last priority for EU Member States.

It should be about human rights – not self-interest

So let’s be honest. The EU’s current direction of travel is primarily about self-interest and buying into populist fears, and not about a more equitable relationship with African countries, or the wellbeing of refugees or migrants. Völker Turk’s statement on behalf of UNHCR at the 69th UN General Assembly sums it up: “It has become fashionable in politics and some academic circles to play with the idea of containment, externalization and literally shipping people out of sight, out of mind, and effectively out of rights.”

Last but not least, hearing renowned academics like Paul Collier talking about ‘those NGO people with their moral superiority and arrogance’ because NGOs call for decent jobs, and respect for the planet’s boundaries and human rights, is frankly totally unacceptable. Of course we do!

Why is it that European NGOs are feeling like ‘the last man standing’ when it comes to defending basic human rights frameworks these days? That would be my challenge to the candidates for the next European elections: make Europe great again, focus on human rights!

I joined CARE in 2014. Based in the EU office, I seek to increase the gender dimension in EU development cooperation and humanitarian aid, and work on issues as diverse as migration, humanitarian-development nexus, budgets and climate change.

Before joining CARE, I worked as Advocacy and Communication Officer for VOICE, the European network of humanitarian NGOs. In 2009, I completed my PhD at the Conflict Research Group in Ghent, focusing on livelihoods, integration and transnationalism in protracted refugee situations, for which I spent a lot of time on the fascinating Thai-Burmese border.

More in this category: « UK aid and the role of business – will it deliver economic empowerment for women? #MeToo one year on, and seven myths that stand in the way of ending abuse »