Home // Development Blog // It’s aid, but not as you know it: The changing rules of what counts as aid money

It’s aid, but not as you know it: The changing rules of what counts as aid money 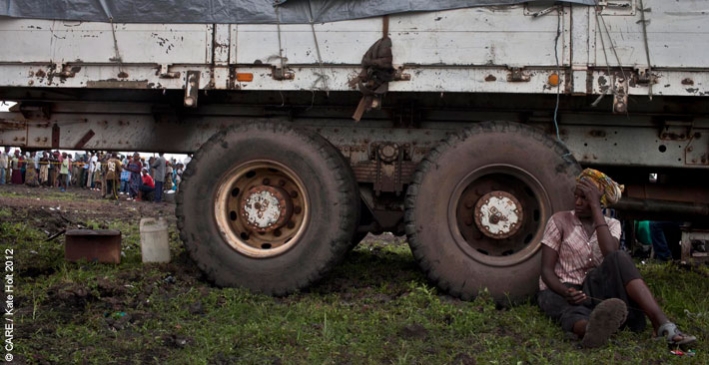 People wait for a distribution of food rations at Munungi refugee camp in Goma, Democratic Republic of Congo, November 2012

Last week leading donors gathered in Paris to redraw the rules of Overseas Aid, and some of the changes, including more categories of military and police assistance, are raising concerns.

In the wake of the new Global Goals for sustainable development the international development system continues to reorder itself to line up with the new targets. One of the big questions is how the goals will be funded, especially given the reluctance of most donor countries to move towards the gold standard of 0.7% of GNI given in aid money.

The UK of course has reached this level, and what is more it is bound by law to both stay there and spend the money on official recognised categories of aid expenditure. The group that agrees what can and can’t be called aid is the OECD’s Development Assistance Committee, and three things were under review at its high level meeting in February – spending on peace and security, spending on refugees and private sector finance. I’ll focus on the first.

Changes on peace and security were particularly pushed by the UK and the Dutch as a means of ‘modernising aid’. Their argument was that various forms of expenditure – for instance on police work or military human rights training – should now be ruled as eligible because of the new Goal 16 promoting just, peaceful and inclusive societies. There is some merit in this case: after all, to reduce all forms of violence you need strong institutions to promote the rule of law, and the goal is clear on supporting equal access to justice.

One of the major concerns, however, was that some of the activities that could be eligible would have no natural limit and could open the way for a large diversion of aid spending from anti-poverty initiatives. For instance, under the new rules it seems that the financing of ‘routine civil policing functions’ is now countable as aid, whereas under the old rules this was limited to training (see page 19).

If correct, this change could now begin to soak up large amounts of aid funding. Much of this type of training was until now paid for out of separate funds because it was already seen as part of a donor country’s legitimate security interest. For example, training recipient country soldiers in human rights, humanitarian law or preventing sexual violence, whilst laudable, was done for practical reasons relating to the effectiveness of national militaries in combat operations. The effort to change the rules could simply be seen as a means of raiding the poor box by funding existing projects from the aid budget, rather than the defence budget.

The second concern is the continued blurring of aid objectives and donor national security ones. As more security activities are counted as aid, the distinction between military and development objectives becomes eroded, undermining the moral dimension of aid. The overarching rules still state: “We maintain that development co-operation should not be used as a vehicle to promote providers’ security interests.” But the devil is in the detail.

At a time of low public support for overseas aid, the danger is that these moves take us further from the public’s understanding of what counts as aid. National self-interest is a political reality but that is what the rest of a government’s budget is meant for; aid money should look and feel distinct.

The better news is that a number of safeguards have also been put into place. One is to continue to ensure that no aid funding can be spent on the suppression of political dissidence and civil disobedience, or be used for intelligence gathering. Another restricts spending on countering terrorism to activities that are peaceful and which respect political, social and economic rights. This helps to allay fears – given that many countries seem committed to doing whatever it takes to defeat extremism – that aid money could end up undermining human rights. How strong these safeguards end up being will be for civil society to monitor.

Kept in the dark

Beyond the details of the discussion, one of most concerning elements was the manner in which the negotiations were conducted behind closed doors and with no consultation or engagement with the people most affected by the changes in rules. It seems anachronistic that fewer than six months after the launch of the Global Goals and the call for everyone to fight for them, one of the key instruments for their funding was reformulated in secret. Pressure is now on the OECD DAC to reform itself and open up to more engagement with civil society.

More in this category: « Blueprint for Better Business: how to add value by adding values Will the UN Refugee and Migrant Summits make things better for refugee women and girls? »