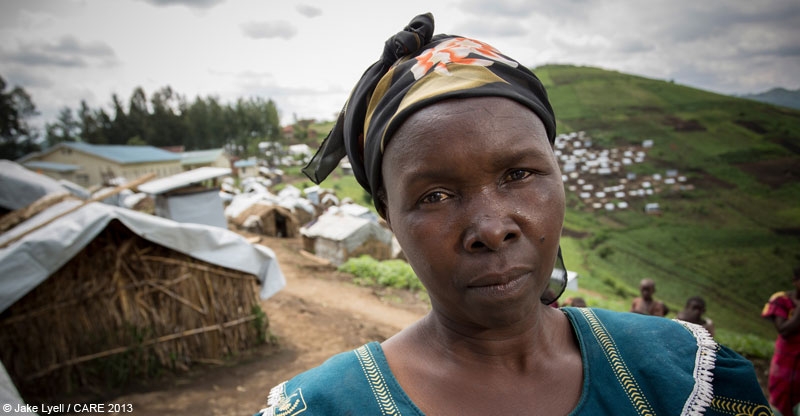 French President Emmanuel Macron convenes a high-level conference in Paris from 11 to 13 November titled the ‘Peace and Governance Forum’, which he has described as the political sister to the annual World Economic Forum in Davos. Based on CARE’s programmatic experience in peace and governance work, CARE International Secretary General, Caroline Kende-Robb, shares reflections and recommendations in advance of the forum.

The Paris Peace and Governance Forum comes at a challenging time for global efforts on both peace and governance. We face the risk of losing ground given the rise of populist governments that emphasise national self-interest over multilateral solutions. Increasingly we risk entering a new world where respect for human rights is unravelled alongside any vision of peace beyond deals struck between politicking strongmen. History suggests that these approaches frequently lead to worsening cycles of violence, and it is the vulnerable and marginalised sections of society who suffer most from these.

In this context, CARE International applauds President Macron’s initiative to convene an event aimed at injecting energy, innovation and political leadership behind multilateral solutions to peace and governance. But meaningful change is going to take more than one conference. CARE International has worked for over 70 years on peace and human rights-based approaches to governance. Based on evidence drawn from our own experience, we consider these three following foundations as critical for truly sustainable peace and good governance efforts.

1) Women in conflict are powerful weapons of peace

Deeply embedded in their families and communities, nobody understands the impacts of conflict better than women, and what it takes to build meaningful and inclusive peace and governance. For this reason – as donor governments and UN agencies increasingly talk about bridging the ‘Humanitarian, Development and Peace Nexus’ – CARE believes women’s participation and leadership should be prioritised in these discussions, because for most of these women, bridging these gaps is part of their daily reality.

CARE’s experience around the world is that women often become active in their family and community in ways that help everyone cope better with conflict. Local women’s rights groups, women in village savings and loan groups, women working in medical clinics and make-shift classes for children affected by the violence, all play their roles. Many of those women often go on to play important roles in post-crisis peace and governance efforts.

For example, women in Afghanistan, DRC, Somalia and elsewhere who participate in community-based relief and recovery initiatives have gone on to participate in political negotiations and post-conflict elections. In Uganda, women who participated in CARE-supported humanitarian programmes during conflict, later ran for and won elections into local government. In Syria, women who organised safe spaces for internally displaced women and children have also participated in political negotiations facilitated by the UN Special Envoy on Syria, and given evidence to the UN Security Council.

Beyond the Paris forum, two more opportunities to cement female leadership in humanitarian, development and peace processes present. The first is the roll-out of a new Inter Agency Standing Committee (IASC) Gender Accountability Framework which provides a roadmap on how to integrate gender equality and female leadership into preparedness, response and recovery efforts. With France holding the G7 presidency next year, sustaining momentum for the G7 Whistler Declaration on Gender Equality and Empowerment of Women and Girls in Humanitarian Action which aims to “promote system-level change” in ways that recognise the unique role women in conflict play, also feels within reach.

2) Scale up and support grassroots innovation

The agenda at the Paris Forum emphasises innovation and includes an ‘ideas market’ to pitch for support to scale-up exciting new ideas. One key innovation on governance over recent years has been work led by CARE, the World Bank and others to pilot and scale-up Social Accountability approaches, which involve connecting the dots between service providers (eg, government institutions delivering health or education) and service users (ie, community members).

For example, in Bangladesh, CARE has supported leaders from amongst the most poor and marginalised households, as well as from women’s solidarity groups, to participate in local government forums concerning planning and budgeting processes. Prior to CARE introducing deliberate inclusion strategies, these meetings were either not happening at all or barely achieving the legal minimum of 5% of citizens attending.

By the end of the project more than 12% of the total voting population of each area attended these meetings. More than half of the demands or issues raised at public budgeting meetings came from citizens of poor and excluded communities, one in five of which were raised by women. There has been amazing progress in rolling out this approach around the world, but the challenge now for major institutions like the World Bank is to go beyond an ad-hoc focus on individual programmes to funding a more systemic approach in ways that supports sustainable scale-up.

Another recent innovation has been work to better integrate gender into tools for analysis of peace and governance issues. CARE has worked with others to develop a new guidance note on gender and political economy analysis, as well as a new analytical framework (in partnership with George Washington University and IRC) on the links between violence against women and efforts on peacebuilding and statebuilding. Donors, UN agencies and others at the Paris Forum could adapt and use these frameworks to inform their policy, funding and programming decisions.

For technical innovations to result in meaningful change, they must be accompanied by sustained support to those in the community, civil society and government institutions committed to progressive change. One of the biggest challenges we see in current efforts on peace and governance is the increasingly squeezed space for independent civil society groups to operate safely and be involved in policy by international institutions or national governments.

Donor governments should also embed the model of participative engagement with civil society at the Paris Forum into their longer-term bilateral engagement in different contexts. For example, convening regular (at least biannual) meetings with local civil society actors, including women’s rights groups, to inform their diplomatic efforts and funding allocations to each context. Such methods should also be built into design and review of National Action Plans on Women, Peace and Security.

CARE has a long history of working in countries affected by conflict and bad governance, and we have learnt much along this path. A focus on the role of women, the promotion of grassroots innovation and bringing local civil society actors to the top table will, in our experience, unlock the potential for peace in almost any context.

Caroline Kende-Robb was formerly Secretary General of CARE International. Prior to joining CARE International, Caroline worked for over 30 years in leadership and management roles across the development, political and business sectors. This included periods as Senior Fellow at the Africa Centre for Economic Transformation, a pan-African economic policy institute that provides research and policy support to develop economies, reduce poverty and improve livelihoods for all Africans. Kende-Robb has also worked as a chief advisor to Rt. Hon. Gordon Brown for The Education Commission, and previously with Kofi Annan as the Executive Director at the African Progress Panel, a multisector policy and research organisation with high-level political access.