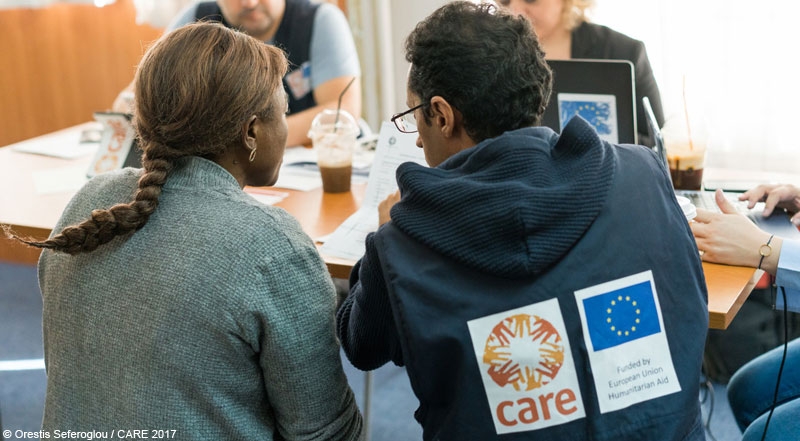 This week (14-15 December 2017) Theresa May is in Brussels for a crunch time EU Heads of State Council meeting. The terms of Brexit, including the status of European citizens, the Irish border and future trading relations, are top of the bill.

As important as these topics are, the future of the UK’s relationship with Europe is about more than the interests of UK and European citizens. Brexit will impact on the lives of people around the world, including some of the most vulnerable – women and girl refugees.

In her first flagship speech on Brexit, May laid out aims for the process to result in a Global Britain being “stronger, fairer, more united and outward-looking than ever before” with “clarity and certainty” in UK relations with the EU. One area on which there is – as yet – no clarity or certainty is that of refugees.

While much of the Brexit rhetoric, both before and after the referendum, has focused on ‘controlled immigration’, little has been said about refugees. It’s important that debates over Brexit and migration recognise that asylum seekers and refugees have rights guaranteed under international law.

CARE International’s new report, Left behind: How the world is failing women and girls on refugee family reunion, finds that many women and girls are stranded in squalid conditions in Greece as they wait to be reunited with husbands, fathers and brothers in other European countries. The report finds that EU member states’ interpretation of what constitutes ‘family relationship’ is so narrow that adult children and siblings, members of extended families, care-givers, and families formed during displacement are all excluded from reunification criteria.

This failure to keep refugee families together is impacting disproportionately on women and children, as generally it is the male members of the family who have made the journey onwards to a new destination country, leaving behind women. Over half the women CARE interviewed had been waiting more than a year. A Bedouin woman from Kuwait, who had been waiting over a year to try and join her husband in the UK, told us she stayed at home in her apartment all day with five of her six children. Only one child, her eldest boy, was currently attending school.

In or out of the EU, the UK and its European neighbours should adopt a more generous definition of the family than is currently the case.

Reading certain newspaper headlines, it’s easy to get the impression that most of the world’s refugees are headed for Europe. In fact, this could not be further from the truth. The UN Refugee Agency estimates that nearly nine out of ten of the world’s refugees are sheltered by neighbouring developing countries. For example, Uganda accepted 489,000 South Sudanese refugees in 2016 alone. Yet here we are in the UK, and indeed across Europe, debating the relatively small proportion of refugees that we host, building ever more physical and legal barriers to keep them out.

Whatever shape Brexit takes, accepting a fair share of the refugees has to be part of what we offer the EU and the wider international community. The UK donates generously to humanitarian responses around the world, but aid is no substitute for hosting refugees. It simply isn’t credible to ask that countries much poorer than us host larger numbers of displaced people. No amount of aid will alleviate the stress placed on somewhere like Lebanon, where one out of every six people is a refugee. And already, the Kenyan government has cited Europe’s approach as a reason why it’s threatened to shut down Dadaab, one of the biggest refugee camps in the world.

Another recommendation from the report is that EU member states – including the UK – open up other routes to allow women and girl refugees to travel safely and legally to another country. Granting student visas to young women would be one option – with the added bonus of preparing them for finding a job and making a contribution to host societies as well as promoting their own integration and independence. Countries should also grant more work visas to women. Helping women integrate into the labour market would benefit not just them but the countries they’ve arrived in too.

The UN Refugee Convention and the related international legal instruments were agreed in the wake of the Second World War, recognising that governments should cooperate and abide by certain standards to protect and assist people fleeing violent conflict and persecution.

As such, the British government’s obligations towards refugees are shaped primarily by international refugee law, not EU policy. Regardless of being a part of the EU, Britain should champion the protection of these commitments to the world’s most vulnerable people, not undermine them.

More in this category: « Will the UN Global Compact on Refugees leave women and girls behind? How to assess the impact of microfinance? Ask the clients »