Home // Development Blog // One year after cyclones hit Mozambique, the world needs to wake up to the climate emergency

One year after cyclones hit Mozambique, the world needs to wake up to the climate emergency 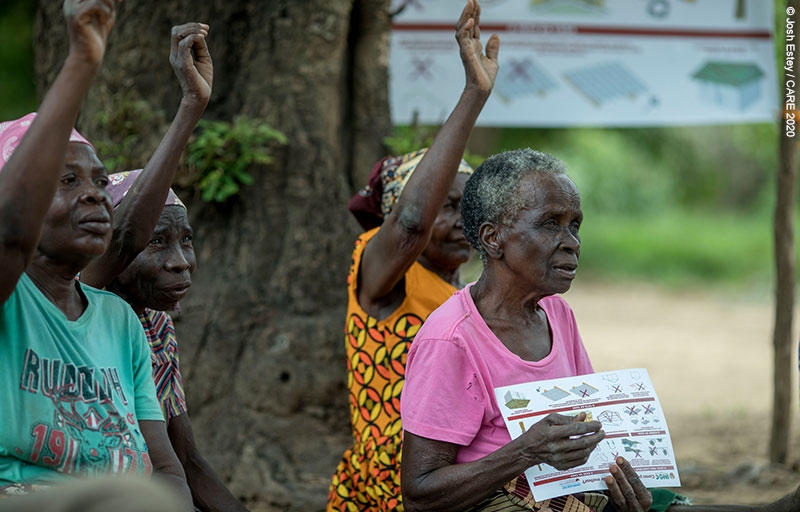 Last March, the devastation caused by Cyclone Idai claimed more than 1,000 lives and displaced tens of thousands of people in Mozambique, Malawi, and Zimbabwe. A year on, Idai serves as a warning that the climate emergency is not going away – and that affected communities need long-term investment, not just piecemeal steps that will continue to be wiped away by the next storm, or dried up by the next drought.

The situation when Idai hit was catastrophic. With wind speeds of about 200 kilometres per hour, the cyclone hit the poorest the hardest, particularly women and girls. For weeks people sought refuge on top of roofs, trees and school buildings with water masses that were up to eight metres high. Hundreds of thousands have not only lost their homes in the disaster, but also their belongings and livelihoods. Shortly thereafter, Cyclone Kenneth hit parts of northern Mozambique: the first time in recorded history two strong tropical cyclones have hit the country in the same season.

The cyclones in Mozambique are only one of many disasters that have battered the world in the last year: unprecedented wildfires sweeping Australia and California, severe flooding in Southern Africa as well as the UK. These devastating events should not be seen in isolation but are all scars in an increasingly disrupted climatic system which, according to widely-accepted scientific findings, are a consequence of, or at least exacerbated by, the climate crisis.

Their impact also lasts far longer than the pictures in the headlines. The actual impact of disasters, particularly ones of this scale, only reveal themselves in the weeks and months after. In Mozambique the situation only looks marginally better than it did a year ago. Aid organisations such as CARE International have reached more than 300,000 people with vital help: food, clean water and emergency shelter. But for many, the needs have multiplied.

An estimated 2.5 million people, almost 10% of the population, rely on humanitarian aid, according to the United Nations. The agricultural losses for Mozambique from the storms were estimated at $141 million, a colossal number by any standards but particularly for a country as struggling as Mozambique. Behind those numbers there are families and people who continue to suffer from lack of food, or lack of income due to the loss of harvests. Today more than 1.6 million people don't have enough food – a number that is expected to increase in the coming months.

Five years ago, governments from almost all countries signed and thereafter ratified the Paris Agreement on Climate Change. All findings show that many countries – particularly those most responsible for causing the climate crisis and most able to manage the costs of climate action – lag far behind the required commitment. Fully implementing the Paris Agreement – by at least halving global CO2 emissions by 2030 – would limit the global temperature increase to levels that could prevent a disastrous escalation of the climate crisis, and help all countries build resilience to the unavoidable impacts. Vulnerable people suffering from the harmful climate impacts, particularly women and girls, must be at the centre of such responses.

Richer countries have an obligation to financially support those most vulnerable to the climate crisis and who have contributed least to the escalation of the climate crisis. Promoting ways to increase such support will be essential to the agenda of the UN climate conference, COP26, that the UK is hosting in November in Glasgow. But, in essence, the Paris Agreement is a global compact for all people, and governments must start upholding the commitments they made in their ratification of the agreement. This is precisely what youth activists, inspired by Greta Thunberg, demand over and over again – on the basis of solid climate science – that governments live up to their promises and implement the Paris Agreement.

In Mozambique, people have not sat back and waited for support to come. Women and their families who were displaced by last year’s storms have rebuilt their houses, started farming again, and engaged in disaster preparedness activities. As part of its humanitarian response to the cyclones, CARE is distributing drought-resistant seeds, which include sorghum, cowpea, ground nuts, pineapple seedlings, maize and millet, to more than 27,000 small scale farmers in regions where crops were destroyed by the storms.

Those most impacted will continue to seek solutions within their constraints. But without immediate, strong action on climate change everywhere, these will not be investments in a future of hope, but only piecemeal steps that will continue to be wiped away by the next storm, or dried up by the next drought.

More in this category: « Ending workplace violence and harassment – significant progress but no time to rest on our laurels Randomized control trials and the Tipping Point Initiative’s journey to align the gold standard with our mission »