Is peer-to-peer lending an efficient way to support microfinance – and to achieve development objectives? 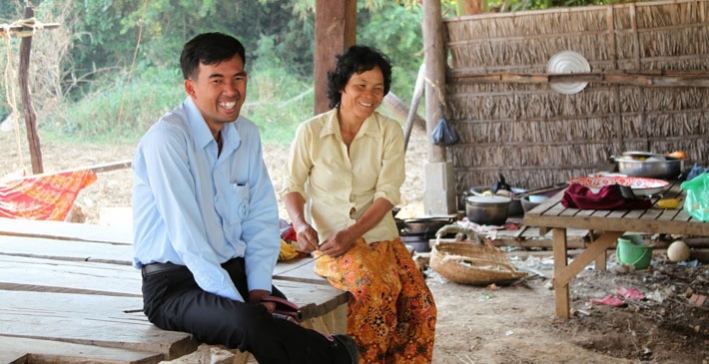 Peer-to-peer (P2P) micro-lending platforms, such as lendwithcare, have become a popular method of supporting small businesses in developing countries. Local microfinance institutions (MFIs) select borrowers and appraise their loan applications, which if approved, are financed by the P2P platform. Lendwithcare was established in 2010 and to date around 17,000 individual lenders have financed loans to more than 8,000 borrowers across 10 countries. Our experience over the past four years is that as their loans are repaid, lenders invariably re-lend rather than withdraw their money. But while lendwithcare has proven to be very popular with supporters, is it an efficient way for MFIs to access funding?

The obvious attraction for MFIs is that they do not have to pay any interest whatsoever on the capital they receive from lendwithcare. Although some MFIs are permitted to accept savings, most of our partners are legally prohibited from accepting deposits. Therefore, in common with many other MFIs, they must rely on external loans to finance their lending. Typically, they access capital from Microfinance Investment Vehicles (MIVs) – specialist microfinance investment investors such as BlueOrchard, Oikocredit, Triodos and responsAbility – and from local commercial banks. Both these categories of lenders charge interest on their loans, although the MIVs typically charge lower rates than commercial banks and some also provide technical assistance and expertise.

Although lendwithcare does not charge any interest, the funding we provide is not cost-free for our MFI partners. This is because they have to visit borrowers, collect details regarding their businesses, take photographs, upload all this information onto the lendwithcare website and then provide further updates on borrowers’ businesses. If the MFI’s clients are living in isolated villages spread over a large geographical area then the administrative obligations associated with participating in lendwithcare could be considerable. This could mean that any benefits arising from interest free capital might be negated by an increase in operational costs and raises the question, might it actually be cheaper for MFIs to simply access capital from the MIVs and other commercial lenders, even though they have to pay interest, than from lendwithcare?

During a recent visit to Cambodia, this is a question I posed to the Cambodian Community Savings Federation (CCSF) which has been working with lendwithcare for the past three years. CCSF works with rural clients, mainly rice farmers, in the provinces of Battambang and Banteay Meanchey in north-west Cambodia. Pisey Phal, CCSF’s CEO, confessed that while they do access loans from several MIVs they prefer funding from lendwithcare because it is much cheaper for them.

Pisey mentioned that during 2013 lendwithcare provided CCSF with US$416,000 to fund loans to more than 500 individual borrowers as well as a small grant to help with administrative costs. CCSF used the donation to cover the salary paid to one employee who was contracted specifically to work on lendwithcare – the grant just about covered all of his annual salary, although it did not cover his expenditure on fuel and the small amount of time that other staff, particularly the finance manager, spent on lendwithcare-related duties.

To access an equivalent amount of funding from an MIV or commercial lender, CCSF would have had to pay at least US$32,800 in interest charges, possibly more. Pisey added that lendwithcare funding would still be cheaper for them even had it not received the administrative grant. She added that the greatest advantage of lendwithcare funding is that it provided CCSF with a relatively secure source of funding over a longer period of time; loans from MIVs in contrast are generally for shorter periods of 1-2 years. Furthermore, since loans from lendwithcare are repaid monthly and transfers simply offset against new loans being financed, Pisey mentioned that the exposure to possible currency fluctuations is greatly reduced.

From discussions with lendwithcare’s other MFI partners, they make an effort to ensure that any extra administrative costs are kept to a minimum by integrating lendwithcare duties with other routine operational tasks. For example, our partner in Ecuador, Fundacion de Apoyo Comunitario y Social del Ecuador, requests several loan officers from three branch offices to each collect four borrower profiles every month. The loan officers estimate that lendwithcare adds on average just an extra 1-2 hours to their monthly work burdens – they already visit borrowers to assess the feasibility of their loan application, the only extra work associated with lendwithcare is taking photographs and preparing a narrative for the website. By dividing extra responsibilities related to lendwithcare between several staff, there is actually only a marginal increase in administrative work.

While accessing capital from lendwithcare makes sense from a business point of view for our MFI partners, it is also worth emphasising the developmental objectives. The extra funds have allowed our MFI partners to:

More in this category: « Realistic and achievable: Why the 0.7% figure is so important 16 Days of Activism against GBV: Engaging men to challenge the attitudes that keep violence going »