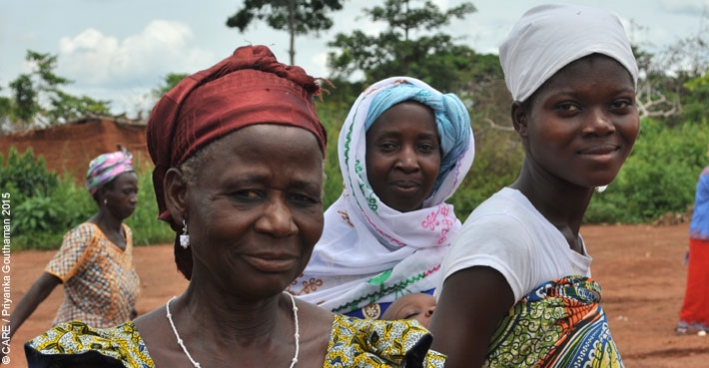 Global value chains can be a powerful lever for empowering women, but companies must identify where women work, must develop a clear gender strategy and must articulate the business case for supporting women.

As the UN High Level Panel on Women’s Economic Empowerment continues to develop its thinking over the next few months, they should be thinking seriously about the role that global value chains can play in empowering women. This was an important theme in the recent online discussion which forms part of the CARE/DFID/Diageo/Business Fights Poverty Challenge. This blog highlights some of the key points made by the many contributors to that discussion.

Women are key, but unacknowledged, players in value chains

The first step then is to actually understand where women are in the value chain and what roles they are playing. A growing number of businesses are working to further gender equality in their value chains, but gender sensitive value chain analysis is not yet part of mainstream analytical thinking on agriculture. However, it is key to the future of many commodities to overcome the shocking underrepresentation of women in those who have access to extension services, inputs and finance. This lack of access by women to key enablers weakens the entire value chain.

The obstacles holding women back

Secondly, enabling poor people to successfully participate in value chains requires a systemic approach that addresses the range of obstacles holding them back. This is particularly true for empowering women since many of the obstacles may sit outside the immediate workplace.

Companies need to engage with communities

Many of these differences are related to the view that men are farmers, since they often have the legal ownership of the land, but the reality is that many of the key roles in cocoa processing are actually done by women. So any company endeavouring to change this situation needs to be willing to engage in detail with communities, but also with input suppliers, cooperatives and government. The development of Women’s Extension Volunteers in Ghana has helped to promote good agricultural practice, and also to promote community mobilisation and informal financial inclusion. Such innovation is key: overcoming the age old barriers that women face requires something new.

The business case for empowering women in value chains

Third, this requirement to think broadly about how to empower women then reinforces the need to have a robust business case: the necessary long term investments will only be maintained if stakeholders in the business can see some benefits. Targeting training and inputs correctly at the women who play a key role in production can significantly improve productivity and quality. And there are likely to be benefits in sustainability of supply through making agriculture a more attractive option for women and younger people. And increasingly, a company’s engagement with gender in its value chain will play a role in that company’s licence to operate.

Everybody wins when you invest in women

As well as being key to women realising their rights, women’s economic empowerment has been shown to trigger a host of other positive changes. Women’s control of productive resources leading to increased income, improved self-reliance and a greater say in family and community decision making, increases investment in children’s education, health and nutrition. Women often have greater concern for the social viability of their communities, so women’s economic empowerment can be a key factor in helping communities to thrive.

Supporting gender equality and women’s empowerment not only helps women to better support their families and contribute to the development of their communities, but ultimately secures the future supply of agricultural products (like cocoa) by improving its productivity and quality. Business leaders need to appreciate that everybody wins when you invest in women.

More in this category: « European Bank for Reconstruction and Development gender equality strategy: an encouraging start, but where to next? Financial inclusion in emerging economies: Follow the conversations that count »