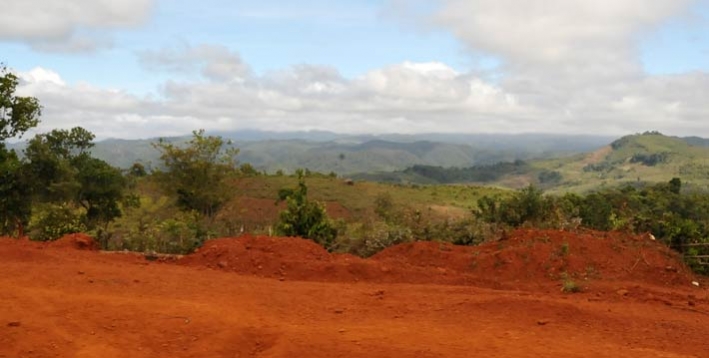 The IAIA Special Symposium on Resettlement and Livelihoods took place in Kruger Park, South Africa in late October. The nice location (and emblem of environmental conservation) was most probably selected with security issues in mind, but it also represents a case study of how resettlement should not be done.

The traditional communities that previously lived in the area were wiped out around a century ago without much consideration or livelihoods restoration – and the poaching issue nowadays could be part of the legacy. The current owners of the Safari lodges seem to have learned a few lessons since those times and are trying to establish much better relationships with the surrounding communities through corporate social investment.

However, despite all the efforts and resources poured in by companies, very few examples exist of smooth resettlement processes and ‘best practices’. Putting together some of the inputs gathered during the symposium from practitioners and academics, I’ll point at three main reasons that make resettlement an especially complex issue, but can also provide possible ways forward...

Extractive industries often have a complicated history in host countries. This is the point I made in my presentation as a civil society representative during a panel event: “Imagine that you have been assigned a roommate for the duration of the conference – which was actually the case – whom you don’t know yet. In the evening, when you finally meet the guy, you find out that he’s that terrible person that you’ve seen speeding on the parking lot, cursing the waiter and littering the lawn. Beyond that, he has already occupied the entire wardrobe. How does the new relationship start? Not well, I guess.”

This is the actual story of many of the community engagement processes around resettlement: the community often does not have a real option to say “no” in the first place, and may already have a negative opinion of the perceived power-holders in the process.

Among the comments made during the discussions were the need to improve the overall positive impact of the industry in the host country, in order to have more legitimacy, and the need to establish sound consultation processes. This includes revenue transparency, accountability, fiscal responsibility for the whole industry and proper social and environmental standards. Free, prior, informed consent should also be a prerequisite for any consultation process, and not only with indigenous groups.

Despite all the enthusiasm around the concept of ‘shared value’, the business imperative and the social licence to operate are like a couple that has just entered into a marriage of convenience,  still trying to figure out whether getting married was a great idea in the first place.

While this is the case for many industries, this is particularly evident in projects involving several billion dollars of investment in infrastructure. In the case of resettlement the business imperative asks for rapid, cheap, but often socially unsustainable solutions that will end up backfiring by provoking disputes and costs spiralling out of control.

Effective internal communication between different stakeholders within companies is part of the solution, and better defining management incentives for top management that address the needs of both sides is also crucial. International and local NGOs can bring a different perspective and can also help break down some of the internal silos and open up common spaces for learning and collaboration.

It is common, according to participants at the symposium, for companies to accuse governments of lack of support, for governments to try to negotiate further resource commitments from companies, and for the community to become powerless and caught in the middle without much information of who’s responsible for what.

The solution is increased transparency and disclosure of existing agreements, monitoring mechanisms that are accessible to all involved parties and especially to the communities, and continuous dialogue.

Towards fair and sustainable resettlement processes

Involuntary resettlement can be traumatic for the affected communities, and the costs can be incredibly high and even spin out of control for companies. Among the figures heard from participants at the symposium was a staggering upper end of US$100k per resettled household – and there can be further costs for the company in terms of reputational damage and continuous conflict or disputes.

It is also for this reason that involuntary resettlement should be avoided or at least minimised in the first place. All involved parties should have the courage of giving up or radically changing a project when it involves an unfair or unsustainable resettlement process.

It is also clear that the solution, if any, can only come from a coordinated effort from all the different stakeholders involved in the industry, and not just from the company directly implementing it.

The role of civil society should be to promote multi-stakeholder dialogue and policy solutions that improve the positive social impacts of the extractive industries from the start – and to be prepared, in some cases, to create social pressure to minimise or even avoid involuntary resettlement.

More in this category: « Will the UN Refugee and Migrant Summits make things better for refugee women and girls? UK government commits more resources to conflict-affected and fragile states: but what does this mean for women? »