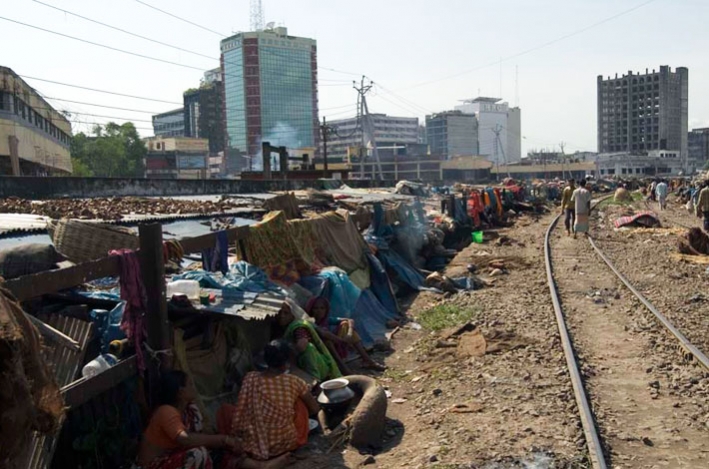 The UK government has just published its ‘Action Plan on Business and Human Rights’.  This is the keenly awaited guidance for UK business on how they should respond to the UN Guiding Principles on Business and Human Rights. However, this is a very sketchy Action Plan: for instance it does not discuss Gender, a key issue, in any detail. But more importantly from my point of view is that it gives no indication of any intention to give legal effect to the Guiding Principles requirements on companies: without this it is hard to see how the plan will make a meaningful difference.

UK companies operate across the developing world, including fragile or authoritarian contexts (indeed Mr Cameron is actively encouraging more UK investment in places like Kazakhstan), and many companies (e.g. Unilever and BP) have already committed to implementing the Guiding Principles, which encourage them to develop standards in human rights policy, due diligence, transparency and remedies.

As a society we all bear responsibility for the actions of the businesses which build our wealth and deliver the products we consume, and so we have an obligation to ensure that companies operating in the UK uphold these basic standards.  And it is widely recognised that human rights are most likely to be abused in exactly those countries where the local state is least able to protect its citizens, due to lack of resources, capacity or integrity.

We therefore certainly hope that UK companies will recognise their obligations under the Principles and will get behind the initiatives set out in the Action Plan, such as developing sector-specific guidance and sharing examples of good practice and of problems encountered. But how do we ensure that all companies adopt the Principles and implement them in a consistent manner?

The Plan is almost entirely about encouraging companies. Will human rights be adequately protected by the Government’s mere exhortation and requirement to say something in the Annual Report about human rights? How can we be sure that ALL companies will respect Human Rights?  And won’t those who try to do so rigorously be at risk of being placed at a competitive disadvantage to the less scrupulous? The only way to avoid this worst possible uneven playing field is for the Government to commit to giving legal effect to the Guiding Principles.

Some may argue that this will be more “box-ticking red tape” and put an unmanageable “administrative burden” on companies (the usual first refuge of businesses trying to avoid obvious obligations). Given that many companies are already to start putting the Principles into effect, and the Government is exhorting ALL companies to do so, the Principles do not seem to require undue administration.

Indeed a core concept of business’ responsibility to respect human rights within the Principles is of Human Rights “due diligence”: a term which contains some test of reasonableness.

Also, wouldn’t giving legal effect to the Principles be an international law nightmare? What about  concerns about the extraterritorial scope of the state duty to protect? Well, this would be UK legislation governing the behaviour of companies incorporated in, or trading in, the UK.  Such legislation doesn’t give rise to any additional obligations on the UK under international law. It does give rise to newly enforceable obligations on UK companies, but obligations that they already have under the Guiding Principles.  And here we need to recognise the real structure of a company. While the law generally will not pursue individuals for all acts in breach of human rights abroad (although it will for some particularly egregious ones), what I am asking for here are obligations on UK-based companies, i.e. those with UK executives. This means that should any harm be done, there is a recognition that it is emanating from the UK. The relatively recent Bribery Act is a good analogy for how to implement this: companies and individuals can be prosecuted in the UK for bribery perpetrated anywhere in the world. The analogy between the approaches to bribery and the Guiding Principles was recognised by the House of Commons Foreign Affairs Committee a year ago.

The analogy to the Bribery Act of course raises the question of how can the Guiding Principles obligations be enforced?  I am happy to concede that the question of whether breaches should be criminal offences is a complex one, which requires more work, mainly on the question of how this would be enforced (but CORE’s Corporate Responsibility Commission provides some useful  suggestions).  It is however, a reasonable request that  the Companies Act should give rise to a civil remedy which could be pursued by  victims, shareholders, or indeed by the company’s own directors seeking to pursue redress where human rights abuses have occurred.

By passing by the opportunity to detail how the Principles can be operationalized, the Action Plan leaves companies without clear guidelines on how best practice in business and human rights should be implemented. Responsible companies should view this as a missed opportunity by the Government and should demand that the Government provides more detailed guidance, a more vigorous Plan, and a legal framework that protects them against unscrupulous competitors.

This blog originally appeared on The Guardian.

More in this category: « Learning Lessons in Conflict Sensitivity from the Private Sector The madness of climate change inaction »