Home // Development Blog // UK aid and the role of business – will it deliver economic empowerment for women?

UK aid and the role of business – will it deliver economic empowerment for women? 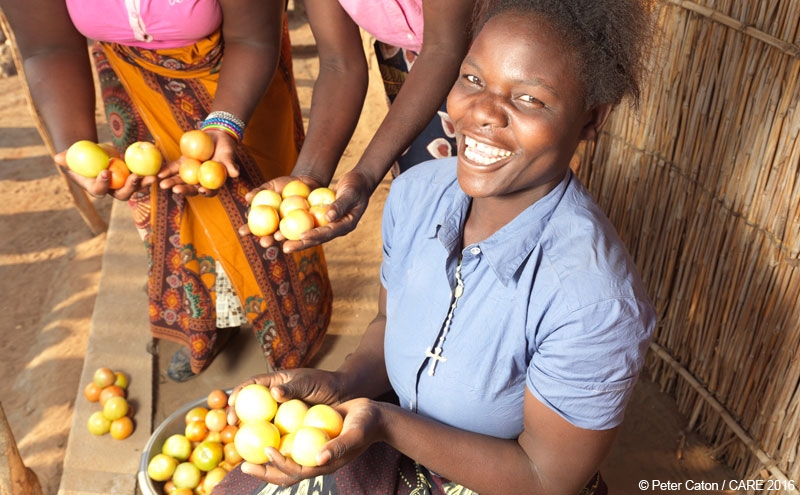 Members of the Chadongo women's group in Malawi who have received business loans through Lendwithcare.org

The UK government is increasingly highlighting the link between business and UK aid, and the need for aid spending to benefit the UK. For us at CARE the primary question has to be: does it economically empower poor women?

We have said elsewhere that DFID’s current economic development strategy has an inadequate focus on gender and therefore will not deliver outcomes for women, companies and economies. Does the current rhetoric make this even harder to achieve?

The Prime Minister said in her speech in Cape Town on 28 August that “I am committing that our development spending will not only combat extreme poverty, but at the same time tackle global challenges and support our own national interest.” Penny Mordaunt in her speech on 9 October said that she wants aid to be “a win for the developing world and … a win for the UK.”

Of course, 98.4% of all British government spending is spent solely for the benefit of British people. It’s still OK by me if even the remaining 1.6% also helps British people – as long as it really is also a win for the poorest people in developing countries.

And that is the test which DFID’s economic development strategy really must pass.

Why economic development must work for women

At CARE we are clear that economic development matters – particularly for women. Gender equality will never be achieved while women have fewer economic rights, less control over economic resources, and less access to economic opportunities than men.

Worldwide, fewer than half of women have jobs, compared with almost four-fifths of men. Women continue to earn significantly less than men, and undertake three times more unpaid work than men. Women also tend to be over-represented in the informal sector and in lower paying sectors and lower paying occupations, where they are vulnerable to abuse.

This is not only a staggering injustice but also, as others have noted, a wasted economic opportunity. The 2017 WEF report revealed that it will take 217 years to close the global gender pay gap. And the oft-quoted McKinsey research shows that if women were fully integrated into the labour force on the same terms as men it would add $28 trillion to global GDP.

Decent jobs – not just any jobs

Closing these gaps should be the priority for DFID’s economic development strategy. Getting women into the economy has to be more about creating decent jobs, not just any jobs. UK support for the proposed ILO convention to end violence and harassment at work is welcome and will go some way to ensuring employers are legally liable for their employees’ safety at work.

We also need to work with the private sector. Many small and medium sized producers are the private sector in developing countries, and our initiative Lendwithcare.org enables the UK public to loan them the money to build their businesses. But entrepreneurship is often a necessity not a choice.

That’s why we also work with the private sector to empower women across entire value chains and production lines – from cocoa to garments. And it’s why we innovate with national banks in Africa to develop products and services that meet poor savers needs.

So, when it comes to ensuring the private sector does good while doing well, we talk from experience.

Why we must focus on the poorest

When it comes to how DFID are approaching their economic development work we completely agree with the recent International Development Select Committee report that “DFID maintains its focus on what will have the best and most equitable results for the poorest in the world and how trade and investment can best contribute to this.”

DFID isn’t there yet and the political rhetoric seems to be edging ever further away from this.

A few things they should consider (as set out in our written evidence to the International Development Select Committee) include:

Ultimately we will only achieve women’s empowerment by working in partnership across sectors, but we must all keep our focus on reaching the poorest and most vulnerable.

More in this category: « Filling the health human resource gap through public-private partnership: What we know from Bangladesh Is the EU right to see the private sector as the ‘silver bullet’ to solve Europe’s migrant ‘crisis’? »