What’s the most effective way to promote change for women working in garment factories? 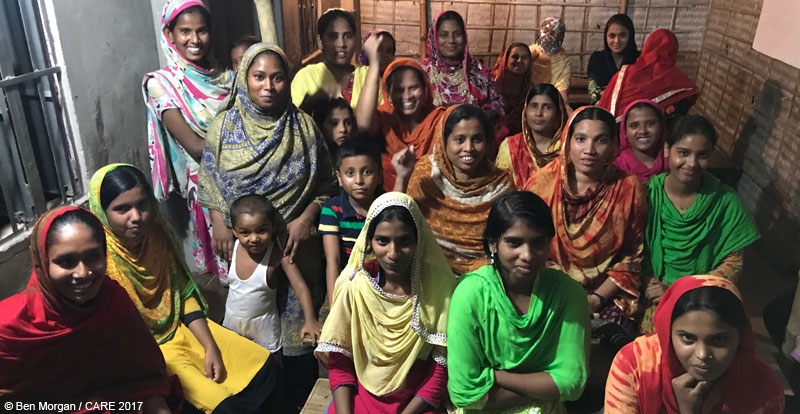 An EKATA group at a garment factory in Bangladesh

CARE has spent more than 20 years engaging with women employed in garment factories. As with many organisations working with the garment industry, worker training is an important component of any factory engagement. However, our evidence increasingly suggests that for changes to go beyond the individual level, training alone is not enough, and we need to support and enable workers so that they can collectively take action.

The Outcome Harvest found clear evidence of women raising issues in their workplaces and communities to highlight factory non-compliances and to drive improvements. The focus on demand-raising based on rights demonstrates that these outcomes are significant, as workers are typically either unaware of their rights or are unwilling/unable to raise rights-based demands to their employer.

A forum for workers to collectively identify gaps in access to rights and identify actions to address these issues, combined with a safe, established space in which to organise that collective action, proved crucial for women to push for improvements.

This leads to broader benefits for the workplace. The evidence showed women were not just asking for improvements which affected them personally. The collective support offered by the EKATA group led to numerous forms of improvement.

These outcomes could not have been achieved by training or awareness raising. The Outcome Harvest evaluation noted this level of mutual support would have been

“less likely to happen without the collective identification of issues, action planning and peer support network fostered within EKATA. This explanation is supported by CARE’s prior experience delivering training programmes to workers on rights and life skills, which demonstrated that individual training approach can support individuals to make better informed decisions and raise demands individually on their own behalf; but is very unlikely to facilitate collective action on a broader scope of rights-based demands.”

Crucially, the scope of actions taken by workers, and the access to rights and entitlements gained, are far beyond the more limited outcomes seen from training or awareness raising activities. This suggests a need to move past the traditional training models and place more focus on models such as EKATA as a more effective way to promote access to workers’ rights.

More in this category: « Producing meaningful global impact numbers: Can the SDGs help? Why humanitarian ‘experts’ need to invite women from disaster-affected communities to our workshops and forums »