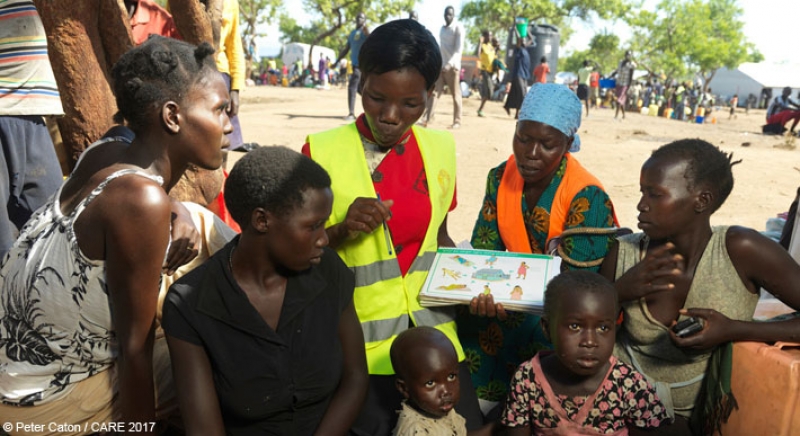 Today, June 20th, is World Refugee Day. It’s a day to raise awareness about the challenges faced by refugees and to hold governments accountable for commitments they made under the UN Refugee Convention to protect and assist displaced people. But there are also other sides to the global refugee crisis, which do not get enough attention.

Firstly, that refugees are not just passive victims of displacement crises or beneficiaries of aid. Many refugees are organising themselves, their families and their communities to cope with the trauma of displacement, maintain their dignity, and access a livelihood and other rights in the most difficult of circumstances.

Secondly, that at the same time as many governments appear to be further than ever from implementing the UN Refugee Convention, there is also an initiative underway to negotiate a new UN framework for refugee responses – involving the piloting of so-called Comprehensive Refugee Response Frameworks in a number of states and these informing the agreement of a new UN Global Compact on Refugees in 2018.

As a humanitarian agency, CARE has made a commitment to address gender in a serious way in our emergency responses around the world; including in refugee responses. This is because we believe that more lives will be saved if we better understand the different ways that crises impact on men and women, boys and girls.

The statistics bear this out – for example the highest rates of maternal mortality occur in crises, including in situations of forced displacement. Yet all too often reproductive health is seen as a luxury in humanitarian relief, rather than a life-saving priority. We also believe that when refugee women can participate in humanitarian efforts – whether in terms of identifying the needs, or delivering aid, or in monitoring assistance and protection – then these will be more effective.

Applying this gender lens to understanding refugees’ own coping strategies and activism, and to defining the new UN Global Compact on Refugees, is therefore also essential.

One great example is the Melissa network of migrant and refugee women’s associations in Greece. Founded by an association of migrant women’s networks including women from as diverse backgrounds as Zimbabwe, the Philippines and Albania, the association has a centre in Athens which provides support daily to around 150 more recently arrived female refugees from contexts like Iraq, Afghanistan and Syria. Programmes at the centre include legal advice, art therapy and language training. Simple things that the founding members learned themselves on their own journeys as migrants, for example keeping a diary and discussing it with others as a means to process the traumatic experiences that the refugee journey entails, are adapted and used with the new arrivals.

The Melissa Centre is a great example of how migrant and refugee women are organising to support each other. But in common with similar efforts elsewhere, they face challenges in their work. They continue to struggle to fundraise for such initiatives as they do not fit into the classic ‘sectoral’ boxes of humanitarian aid funding (like water/sanitation or shelter or food aid).

The length of funding available in humanitarian responses is also problematic. As one Syrian refugee activist recently told us: “Supporting women refugees to grow their confidence and networks, and addressing harmful practices in refugee communities like child marriage, cannot be short-term projects, yet we still struggle to find a few months funding here and there.”

Other humanitarian agencies also are not being held accountable for gender in a robust fashion – so most sites hosting refugees across Greece offer nothing like the safe space at Melissa.

Addressing these gaps is also a matter of policy coherence. Donors committed at the World Humanitarian Summit to empower local women’s groups, and the ‘Grand Bargain’ follow-up process to that Summit continues to press for the localisation of humanitarian response. We need to see those pledges translate into the global refugee response. In terms of the UN Global Compact on Refugees, consultations are currently underway and inter-governmental negotiations will start next year.

CARE is committed to supporting refugee women themselves and local women’s rights activists in the hosting communities to bring their priorities into the process. In doing so, we plan to also bring their stories to the attention of parliamentarians, the media and general public. We believe it is through hearing the stories of refugee and migrant women, like those in the Melissa Centre in Greece, that we can build political will to better protect and assist them.

The new UN Comprehensive Refugee Response Framework (CRRF) approach is being piloted in different ways in Uganda, Tanzania, Somalia, Djibouti and Honduras. The inspiration for the CRRFs is the way in which the international community has tried to support the governments of Lebanon, Jordan and Turkey in hosting the mass influx of Syrian refugees. As such, CRRFs look to mobilise support beyond short-term humanitarian funding to include also longer-term development aid, as well as other kinds of economic support (eg World Bank grants, private sector, trade etc).

If that longer-term approach started to translate into longer-term support for initiatives like the Melissa network, that would be brilliant.

Not just about funding

A concern from the perspective of CARE and local women’s rights activists, however, is that the future UN Global Compact on Refugees cannot just be about mobilising funding to the neglect of addressing legal protection for refugees. What we’re seeing in the CRRFs is a concept of global ‘responsibility-sharing’ which reduces the role of wealthy Western nations to funding poorer countries to keep refugees where they are. Sharing the responsibility for hosting refugees isn’t really happening.

For months, we have been trying to find out what donor governments are doing to offer family reunion opportunities to vulnerable female refugees (eg gender-based violence survivors or young mothers with children who have lost their father) in contexts like Greece who have family who could host them in the UK or other rich nations. Even getting basic statistics on this is proving hard.

Uganda is one of the CRRF pilot countries. There, local women’s rights activists this week are supporting refugees from South Sudan to raise their their concerns around a major conference organised as part of the CRRF piloting in Uganda. One of the regional women’s rights groups involved is ISIS Wicce whose executive director Helen Kezie-Nwoha recorded the video statement below summarising findings from their research in the refugee camps in northern Uganda.

We also worked with ISIS Wicce and over 45 other local women’s groups around the world to develop a Joint Statement on Women and Girls for the UN Refugee and Migrant Summit, which launched the CRRF and Global Compact processes last September. This sets out very clear recommendations on tackling the risks of gender-based violence faced by refugees, gaps in sexual and reproductive health, and other issues faced by displaced women and girls. The Summit’s declaration endorsed a number of those priorities, but we are yet to see the CRRF pilots or other contexts translate those commitments into action.

Listen to the women

Refugee women, as well as women activists in the local host communities, know what their priorities are. They know what it would take to get their kids into school, protecting them from child marriage or child labour. They want opportunities to organise, to learn, to access a livelihood – things which could help them live in dignity.

If the government officials negotiating the new UN Global Compact on Refugees would give the affected women the space to input, they’d hear so many practical ideas and recommendations. The question, and not just for World Refugee Day, is whether or not governments are willing to listen and act on these?

More in this category: « Why do internal evaluations matter? – what we learned from CARE’s evaluation of an emergency cash-first response in Zimbabwe How to avoid toolsplaining: Thinking differently about social accountability »