Home // Development Blog // Yemen: as the International Development Select Committee gathers, the voices of women and girls must not be dismissed

Yemen: as the International Development Select Committee gathers, the voices of women and girls must not be dismissed 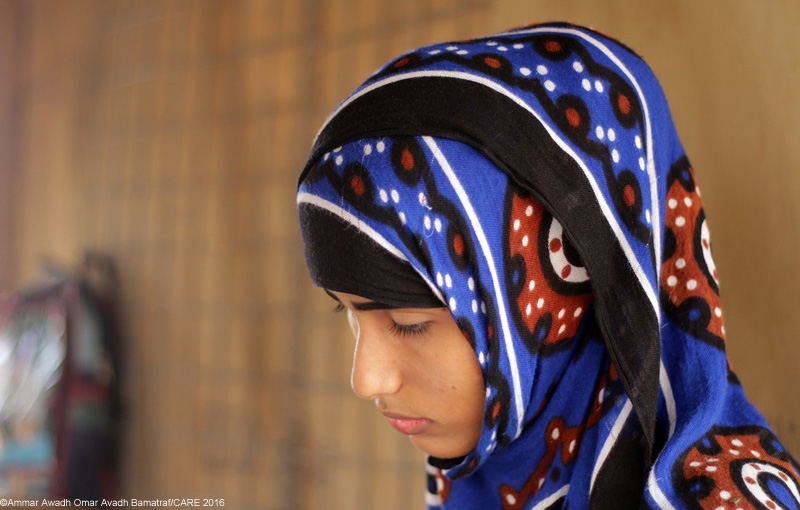 When it comes to Yemen, we are stuck in a waiting game, and expecting the worst. Two weeks ago, the UN announced that the country is on the brink of the world’s worst famine in 100 years, with 14 million civilians at risk of starvation.

The war, and subsequent destruction of the country’s infrastructure, has led to the world’s worst cholera epidemic, millions of people displaced from their homes, and more than 75% of the population struggling to find enough food and water to survive each day.

This afternoon, the International Development Select Committee (IDC) will take evidence from NGOs and governments working on the ground in Yemen who have witnessed the country’s deterioration over the past three and a half years.

It is vital that the experiences and needs of women and girls in Yemen are listened to.

Too often, humanitarian efforts and peacebuilding processes are gender-blind. Gendered impacts of conflict are sometimes dismissed as ‘too difficult’ to deal with.

But CARE knows that crises impact on women and girls in specific ways that need to be addressed – and too often they are not.

According to a CARE report from earlier this year, deteriorating conditions in Yemen have led to more than 3.25 million women of reproductive age facing increased health and protection risks.

There are an estimated 2.2 million women and girls of childbearing age in Yemen today. According to the United Nations Population Fund (UNFPA), in Yemen, an estimated 1.1 million pregnant and breastfeeding women are acutely malnourished because they are unable to access food and medical supplies. A further 75,000 pregnant women were found to be at risk of developing complications due to the dire state of health services in the country.

Due to the conflict, systems that have been built to protect women and girls from violence have been weakened, making them more vulnerable. Last year, the United Nations Population Fund (UNFPA) reported that incidents of gender-based violence had increased by more than 63 per cent since two years previously, putting 2.6 million women at risk.

But women are not just passive beneficiaries or survivors of this brutal conflict, local women are often amongst the first responders and leading activists both in their homes, in their communities and at national level.

Their agency, their resourcefulness, and their expertise need to be plugged into the international response.

Women like CARE’s Gender Specialist Suha Bashren, based in Sana’a, who told us last week:

‘This conflict has brought death to every single house in Yemen, families are losing their beloved either by ground shelling, airstrike, hunger, epidemic disease, natural disasters…Death had become the daily news in Yemen, sometime I feel that Yemen had turned into big mourning gathering where everyone is paying their condolences to each other.’

These women are the backbone of a country in which the world’s worst humanitarian crisis is currently playing out – and we need to listen to them.

DFID’s Strategic Vision on Gender Equality, launched earlier this year, is very encouraging. It includes quite strong and specific commitments on addressing women’s participation and protection in humanitarian action. This represents an evolution from earlier DFID humanitarian policy, which mainly framed gender in humanitarian action as purely focused on violence against women.

So we need to see this approach translated into DFID’s funding and policy influence on humanitarian actors in the Yemen crisis response.

Humanitarian action needs to be held accountable for gender, and it needs to shift from seeing women only as passive beneficiaries. We cannot deny that amidst the war in Yemen, opportunities have opened up for different types of women’s participation in public life. Women are being formally employed within national and international humanitarian agencies; they are also taking leading roles in community initiatives, and taking up membership in community committees.

Agencies therefore also need to have a dialogue about how they will meet inevitable challenges. How can we ensure that we can recruit and retain more female staff at all levels of the humanitarian response? All stakeholders need to invest in building the capacity of women, either as employees or members of community committees, as they represent potential for future community leadership.

How can we more consistently factor analysis of gender risks into different sectors of the humanitarian response? One practical example of how we are doing this as CARE is that we are increasingly prioritising households with daughters at risk of early, child and forced marriage as a negative coping mechanism into our beneficiary selection methodology.

Interestingly, Yemeni women activists themselves have mobilised to call for more support to livelihoods approaches, recognising that while some areas of the country need immediate lifesaving, in others what is needed is durable economic solutions that affected women can drive themselves, for example support to move from producing qat to food crops, and providing support to market infrastructure.

As the conflict shows no sign of ending, we must now also now look beyond humanitarian aid and ask what will enable lasting peace – one of the most crucial aspects in realising lasting and inclusive peace is making sure women participate as actors in the peace process. The UK Government has recently committed to funding women, peace and security initiatives. This is a positive step on Yemen’s road to peace, and as we think about ways forward on women’s political participation, we need the British government to build on their political and financial support. What is needed are diverse strategies which can support women’s participation at multiple levels.

Women are missing out on opportunities to participate in civil society peacebuilding initiatives because they are focusing so much of their energy on meeting their families’ basic survival needs. And as long as the space for women’s participation remains limited to international events or women from the most privileged backgrounds, this will hugely constrain its impact or sustainability.

It was promising to see other agencies and parliamentarians agree with all these sentiments when I addressed them at the All Party Parliamentary Group (APPG) on Yemen in July.

I am certain they will all agree with me that we now need commitments to ensure the participation of Yemeni women inside the country who are currently consumed with their own survival and excluded from international events.

As Suha said last week in a speech at the UN:

‘We believe in the possibility of restoring peace to Yemen, and the impact this will have on averting humanitarian catastrophe, including famine. One of the most crucial aspects in realising lasting and inclusive peace is making sure women participate as actors in the peace process. Millions of women are struggling to survive the conflict but they are also inventing means of resilience for themselves and others. If the international community does not fulfil its commitments to Yemen, it will be failing women who are trying to hold together the shattered pieces of their country.'

More in this category: « Why the Conservatives can and should own the agenda to end violence in the workplace Getting financial inclusion right: Lessons from CARE’s POWER Africa project »