Browse by Theme: Gender Based Violence

From Resolution to Reality

Lessons learned from Afghanistan, Nepal and Uganda on women’s participation in peacebuilding and post-conflict governance

UN Security Council Resolution 1325 (SCR 1325, 2000) was hailed a victory for women’s rights activists around the world.

The adoption of the resolution represented a significant step forward in recognising the strategic contribution that women can make to peace and security policy, as well as acknowledging the increasing use of violence against women as a tactic of war.

Yet a decade later, women are still largely absent from peace negotiations. How can the policy be turned into practice, which impacts on the lives of women most affected by conflict?"

Voices Against Violence: Rape as a weapon of war 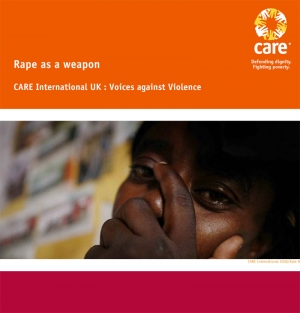 Every day, the lives of women and girls are being destroyed by sexual violence. Used as a tactic of war to terrorise communities, with devastating effect, rape is the hidden reality of conflict.

The UN Security Council has committed to tackle this violence before, during and after conflict, and to help the women and girls left to deal with the consequences. We challenge them to make this commitment a reality.

Throughout history, violence against women and girls has been an integral part of armed conflict.

They are killed, injured, widowed and orphaned. Rape has been used by fighting forces as a tactic of war to humiliate, intimidate and traumatise communities, and as a method of ethnic cleansing.

Women and girls are abducted into sexual slavery or forced to exchange sex or marriage for survival.

The statistics are stark. Up to 50,000 women were raped in Bosnia and Herzegovina, and up to 500,000 during the Rwandan genocide.

Horrifyingly, still, 40 women are brutally raped each day in just one province of the Democratic Republic of Congo.

United Nations Security Council Resolution 1820 (S/RES/1820), unanimously adopted on 19 June 2008, addresses sexual and other forms of gender-based violence (GBV) against women and girls in conflict and post-conflict situations. In the coming weeks, the UN secretariat – led by UN DPKO – will finalise a report outlining recommendations on 1820 implementation, which will then be discussed and adopted by the UN Security Council.

This paper outlines key recommendations from CARE International.
CARE welcomes the international debate on 1820, but we remain concerned that key aspects of GBV prevention and response are neglected by current deliberations.

Exploring Dimensions of Masculinity and Violence 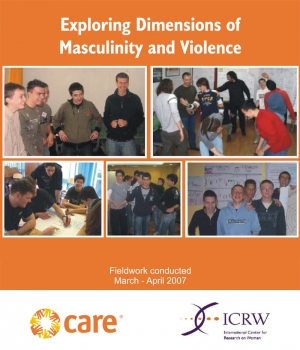