Domestic worker rights: Why domestic workers are ignored by development experts – and what we’re doing to make them heard 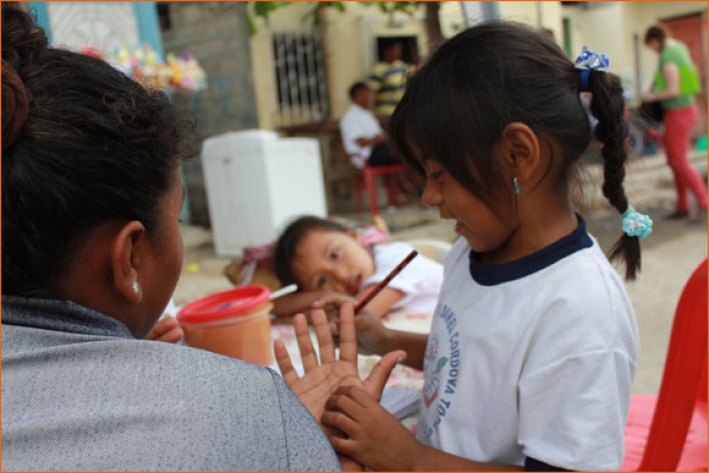 Privately, everyone working in development talks about domestic workers' rights. Publicly, no-one does. Why not?

A few years back, we at CARE asked ourselves: how can we be a woman-focused, poverty-fighting organisation in countries increasingly thought of as middle income and on the rise?

So we interviewed 60 women (from activists to those in public office) from Mexico to Argentina and asked what our priority should be. The flagship areas – maternal and reproductive rights, political participation – important as they may be, were well covered. And so the women identified the issue of domestic workers. The women's movement comes largely from the middle class, and they recognised that this was a mostly untouched area – but an area that goes to the core of inequality in our society.

CARE has a long history of working with the most vulnerable at a community level and so, on the face of it, this should have been an easy fit. But in fact domestic worker rights isn't an easy issue to work on. Over the years very few international donors or organisations have pro-actively supported this group, and for too long it stood apart from mainstream development and policy dialogue.

As we mark International Workers Day on 1 May, it's a good time to ask why the rights of domestic workers have been overlooked for so long.

In Latin America and the Caribbean, there are between 17 and 19 million domestic workers, accounting for 7 per cent of the urban labour force, and 95 per cent of these workers are women. Most are not connected to each other, making it much harder for them to organise and speak out.

The first time we contacted the domestic workers association in Peru, they didn't even have a phone. They are not like a union, or a strong workforce with a loud voice – they were invisible. And so are some of the problems they face: abuse is suffered in the privacy of the home, behind closed doors.

2. It's terrible – but you don't need to get rid of my domestic worker, right?

There was initial resistance from our own staff when we said we were going to work on this. They might have domestic workers too, and they worried how this would intersect with their professional life. Domestic workers allow many of our employees in Latin America to come to work themselves.

But no one is saying that we should put an end to this work. Our new report on decent work for domestic workers highlights just how vitally important it is to the economy. More than half of all work carried out by the world's population is domestic care work (Carrasco, 2007, referenced in our report). Domestic workers effectively bridge the investment gap, subsidising middle and upper income households, lowering the cost that employers must sustain to maintain employees and their families, and subsidising the public sector in providing care services that might otherwise be a state responsibility.

And yet, because this work is carried out in the private sphere, it is invisible, undervalued and unregulated.

This is not an issue that will get you elected as a policy maker; indeed, it may actually harm your image. It could anger voters – especially the growing middle class, who might worry, if workers' rights are strengthened, that they would no longer be able to afford to hire domestic workers.

Politicians have also been unwilling to legislate because the 'home' is conceived as the householder's private and unregulated space. Unwillingness to legislate has reinforced the employer's sovereignty over the employee, leaving paid domestic workers vulnerable to physical and sexual abuse, economic exploitation and job insecurity.

Domestic workers have been largely absent from state policy, and they are one of the least protected groups of workers under national labour legislation.

As it takes place in the home, the working relationship is far more intimate than in a formal workplace. Domestic workers truly fall in love with the children they care for. They have a bond, they love them, they cry for them and they have often left their own children to do so – it's an emotional job and that means it is easy to abuse.

Employers can infantilise their employees, expecting filial loyalty and obedience in return for their patronage. Darker still, it is often expected that a boy's first initiation to sex at 14 or 15 will be with the domestic worker – it goes on all the time, everywhere, and has gone on for so long that it is just not questioned.

So what can we do?

200 years ago slavery was socially acceptable – it was part of life. It was only when it became part of a political agenda that this changed. That's our role – moving it from the private to the public sphere. And we can do this by highlighting that it's not just a rights issue but an economic issue, and using the vocabulary of the economy in order to:

Read more about concrete steps on how to take up the battle for decent work for domestic worker in our new report and in Tom Aston's blog.

Sofia Sprechmann Sineiro was appointed Secretary General of CARE International in June 2020. Previously she was CARE’s Programme Director, responsible for leading the organisation’s program strategy and its implementation worldwide, with the aim of making a significant contribution to fighting poverty and inequality and attaining the Sustainable Development Goals. Impact measurement and evidence was a critical part of her role.

Sofia joined CARE in 1994 and is passionate about addressing gender inequality, having worked in solidarity alongside some of the most discriminated-against women to support their struggles, such as domestic workers, women working in the garment sector and survivors of gender-based violence. She is a sociologist and is from Uruguay.

More in this category: « Welcome to... not another development blog?! Five reasons why getting gender, violence and masculinities onto national curricula makes sense »