Home // Development Blog // Build bridges not walls: We can only solve the refugee crisis by changing our approach to humanity

Build bridges not walls: We can only solve the refugee crisis by changing our approach to humanity 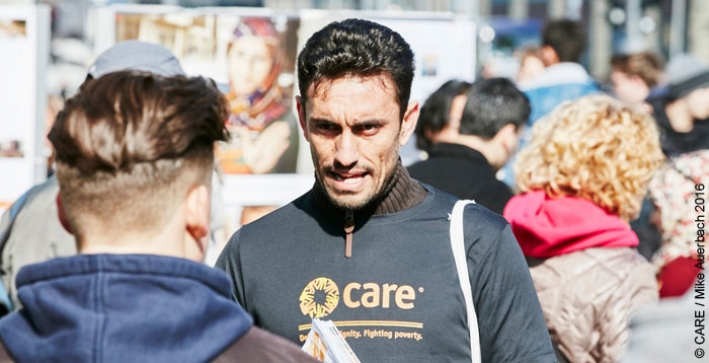 We all agree that the numbers are staggering: according to the UNHCR, on average, 24 people were forced to flee each minute in 2015, four times more than a decade earlier. At the last count, Greece alone was home to 57,000 displaced people, 40 per cent of them children. But on what to do and who should do it is where agreement ends and polemics begin.

Closing borders or denying asylum undermines the rule of law that underpins the security and prosperity of Western states. They prove ineffective at solving the crisis and only reinforce the inhumane nature of such an approach. In fact, according to research by the Tent Foundation, 81 per cent of the public surveyed felt that arriving refugees deserved assistance yet many admit to not knowing how to help them.

Since 2011, seemingly endless rounds of talks to try to end the Syria conflict have taken place. If the recent New York Times article research is any indicator, a conflict of this nature now lasts on average a decade, twice as long as the one in Syria so far – clearly, the refugee numbers are not about to abate. So if closing the borders is wrong and peace talks have failed, what else might work?

A look at two diverse societies in the eye of the refugee storm (Lebanon and Germany) show that we humans really are more alike than we are different. They also show that embedding support for integration in welcome programmes and addressing host needs in fragile communities can help transform the refugee crisis into a beneficial relief opportunity.

A win-win for hosts and newcomers

The Brookings Institution has written of the Lebanese economy experiencing one of the highest growth rates since 2010. While no direct link has been made between this and refugee influx – Lebanon has taken in more refugees than all of Europe – it does appear to debunk a myth that refugees might somehow drain our economies and be a burden on social programmes. Furthermore, accepted refugees can actually be the catalyst for improved socio-economic health all around.

For example, the poverty belt in Tripoli, Lebanon's second largest city, has the country’s highest concentration of refugees living alongside some of its poorest civilians. With its own nexus of problems that often beset populations struggling to emerge from conflict and poverty, Tripoli is the setting of an innovative project to break poverty’s cycle for both refugees and hosts.

‘One Neighbourhood’ is a CARE-run project in Lebanon to improve community infrastructure by rehabilitating buildings and constructing water and sanitation facilities; attracting investment for micro to medium enterprises by convening business forums; and providing educational and vocational training. A focus is on strengthening women to participate in all aspects of community reconstruction while protecting them from increased risk of gender-based violence, and aims to reduce forced child marriage that is erroneously perceived as poverty’s escape. The project has reached over 240,000 individuals, 58 per cent of whom are refugees and 42 per cent from the local community.

See yourself as a refugee. At the border, you are registered, perhaps given provisional housing. Meals arrive and the wheels are set in motion for all the mundane things that must happen to become another number in a new society. And then the breakdown occurs and the gap widens: this is not your language, this is not your culture, and school back home does not run this way. At this point, proper planning and adequate resources can make the difference between cohesion and collapse for refugees’ transition into new countries. Local and city-level programmes that include education about diversity and migration can help to address misgivings, erroneous judgments, and stem the trend of xenophobia by reducing the fear of an ‘unknown other’.

In Germany, host-refugee cohesion models such as the KIWI project are planned and resourced to address the specific needs and issues faced in any one place. Together, 58 teachers from 28 schools have been trained in the KIWI modules, with 750 migrant/refugee students reached, and counting. Translated, the German acronym KIWI stands for Culture, Integration, Work and Initiative and the project addresses not only academic needs but also gaps in mutual cultural understanding and tolerance, including around gender equality.

As countries grapple to determine their own response to the refugee situation, it is useful to reflect on cohesion and integration models even if they are, so far, small-scale. With will and resources, we can replicate success and multiply impact, and perhaps help extinguish the fears that make us build walls when we should be building bridges.

This month, the 71st session of the UN General Assembly in September will be followed by the Leaders’ Summit on refugees, hosted by President Obama and co-hosted by Canada, Ethiopia, Germany, Jordan, Mexico, and Sweden. CARE urges leaders as well as funding agencies, relief groups and individuals to join in restoring stability and to ease the welcome, transition and integration of refugees in a truly coordinated response.

Can the man of “yes we can” prove to the world once again that what seems so out of reach is indeed possible? President Obama’s greatest legacy may be yet to come if he can lead a world effort to restore peace and security for all, restoring global humanity in a way that will help the millions fleeing from war to find, at last, some safe haven.

This blog was first published on the International Business Times website

More in this category: « UK government commits more resources to conflict-affected and fragile states: but what does this mean for women? It’s official: UK Action Plan on business and human rights still needs some legal teeth »