Home // Development Blog // The mathematics of crisis: Adding up the facts for action in the face of famine

The mathematics of crisis: Adding up the facts for action in the face of famine 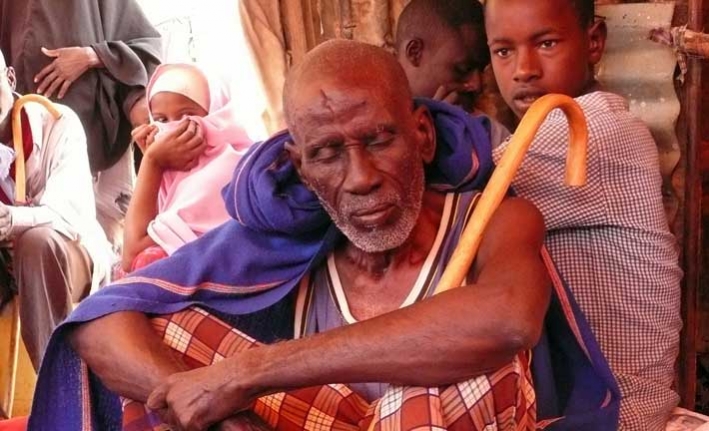 In 2011, it took 16 official warnings of a food security crisis before famine was finally declared in Somalia. The human cost of this was at least 260,000 lives, half of which belonged to young children. The financial cost of this was at least three times more than it would have been had early preventive action been taken. The Guardian dubbed it ‘the avoidable disaster’ and NGOs, donors and the international community at large swore it would never happen again. Yet three years later, we find ourselves in uncomfortably familiar territory.

I say ‘we’ in reference to the wider humanitarian community. ‘I’ wasn’t in this region or even working for an aid agency in 2011. And as an outsider – with all the cold facts and figures and none of the experience – it’s very easy for me to criticise.

But now it’s 2014 and I’m on the inside. I’m here, and I’m watching as drought, food insecurity, conflict, rising prices and a host of other factors lead the region back into a humanitarian crisis; and the scene is set – again – for serious displacement and loss of life.

As I watch, I think “how do we find ourselves here again, waiting for the mathematics of crisis to add up before action can be taken? Why is the CNN effect once again driving our ability to act?”

In 2011 serious funding only began to flow into the region once a famine was declared. In other words, it took the worst levels of a long-standing problem and a media frenzy around the ‘F’ word before significant action was taken. Before this, many aid agencies struggled both internally and financially to prevent a crisis they could predict.

In theory, a ‘famine formula’ – however detached it may sound – is a useful tool. It shows us the standards we must never reach, and gives us time to take preventive action well before we approach them.

An excuse for inaction

But the morbid reality is that aid agencies can be left waiting on a famine declaration in order to access funds that would have been more effective – in every sense – earlier on. Consequently, its absence is often seen as an excuse for inaction.

Instead, a famine should be seen as a global failure, and waiting for its declaration a ‘Dangerous Delay’ and – for a community that promised to do things differently after 2011 – an embarrassment. And with Somalia’s first-hand knowledge of what failure to take early action looks like, failure is simply not an option this time around.

It’s not like we didn’t expect this. Climatic changes in the region are making it increasingly difficult for the growing population to make a living from the land. No longer do young people – who make up one third of the population – want to maintain a pastoral way of life. Instead they are flocking to the outskirts of rapidly expanding towns to find jobs, start businesses and use their education.

Sub-Saharan Africa is experiencing an urbanisation revolution with people’s own aspirations driving the need for change. But the streets are never paved with gold and many ambitious young potential nation-makers fall into the perils of unemployment and poverty. This leaves them with little or no safety net to fall back on in the face of recurring droughts.

Conflict: the elephant in the room

The elephant in the room is, of course, conflict. The communities and areas that are first to fall into a food crisis are often riven with insecurity and difficult to access. Not just for aid agencies but for ordinary people, traders and farmers looking to plant seeds, harvest crops or earn a daily wage.

And this elephant isn’t present in Somalia alone. In fact, it belongs to every humanitarian crisis with a conflict component. But we don’t have to go far. Neighboring South Sudan’s ‘man-made food crisis’ is another classic demonstration that where there is insecurity and violence, famine is often not far behind. Or put more succinctly in an inter-agency paper condemning the conflict back in April, Loaded Guns and Empty Stomachs.

Responding to the risk of relapse

Here’s the good news – the international community is learning to take action sooner and is pushing for greater recognition of the link between climatic changes, conflict and food insecurity. CARE joined 22 other aid agencies in May to warn the world that Somalia is at Risk of Relapse. In July, five more agencies joined to develop a second paper specifying actions (and funds) needed now and in the next six months to avoid a catastrophe like 2011.

And donors responded. When the first report went out, humanitarian funding for Somalia was at 12%. A week after its release, the figure was up to 17%. And now it stands at 30%.

A window of opportunity

But it’s still not enough to avoid catastrophe, and the window of opportunity is closing; a window to give more, but also to spend smarter. Because if we’ve learned anything since 2011 it’s that simply pouring money into a country or region after a crisis is declared is a bit like putting a band aid on a gaping wound.

And Somalia is not the only case: in October, CARE joined other leading aid agencies in a similar warning that parts of South Sudan – already the world’s worst food crisis – could fall into famine early next year if the nine-month long conflict escalates as expected.

Addressing needs sooner rather than later

We have to work harder to address needs sooner, particularly in contexts with predictable drought. We also have to take into account the global humanitarian context where we are seeing more people trapped in humanitarian crises than ever before. We need to learn to work with less and to have greater impact sooner.

Recognising these challenges, we need to take action for Somalia in the next three to six weeks if we’re to avoid a return to the devastation of 2011. We need to use this time to do everything we can, now, to support the people of Somalia, and the wider region, who are already suffering.

More importantly, we cannot once again wait for a declaration of famine before we take action. Whatever investments we make today must be matched with political will for peace and security if we are to make a lasting difference. Without this combined effort we risk losing the small gains communities have made so far.

It’s a simple formula – safety leads to security, security creates stability and stability keeps crises at bay. You do the maths.

More in this category: « CARE events on 11 June 2014 at the Ending Sexual Violence in Conflict global summit Can financial incentives increase good governance in the Democratic Republic of Congo? »