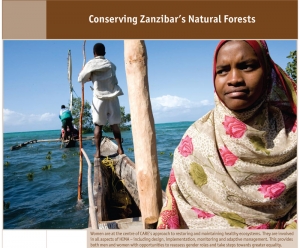 The forests of Unguja and Pemba Islands in the Zanzibar archipelago lie less than 40 kilometers from the Tanzanian mainland and form an important part of the East Africa Coastal Forests Eco-region. The area is considered one of the world’s top 200 “hotspots” for biodiversity. 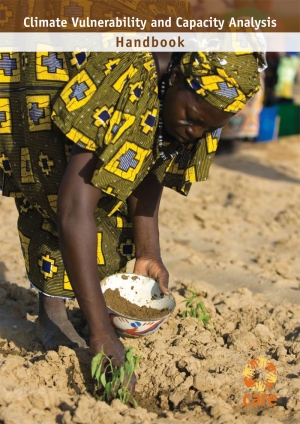 Climate change has already impacted on innumerable communities, exposing them to increasing hazards and making them more vulnerable; and we can expect this to become more marked, and for some communities catastrophic, in coming years. In order to plan effective adaptation actions, scientific climate change analysis is vital for broad context. However, at the local level, the most relevant information and knowledge often already exists or can be generated through local stakeholders’ own analysis. Local knowledge also has a credible authority for informing and influencing policy. So this Handbook, which presents a new participatory methodology for Climate Vulnerability and Capacity Analysis, is very timely. Its focus on the community level is sharp and salutary. It stresses that communities are not homogeneous.

Taking drought into account: Addressing chronic vulnerability among pastoralists in the Horn of Africa

In 2006, a particularly severe drought hit the Greater Horn of Africa, plunging some 11 million people into crisis. The pastoral areas on the Ethiopia–Kenya–Somalia border were badly affected, with livestock losses of up to 70% and the mass migration of pastoralists out of drought-affected areas. This HPG Policy Brief argues that such catastrophic effects can be averted if pastoralist livelihoods are supported with timely and appropriate livelihoods-based interventions. 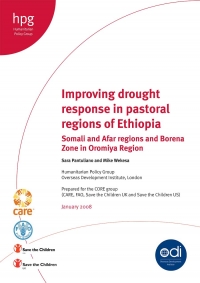 This study was commissioned by the Food and Agricultural Organisation (FAO), Save the Children UK, Save the Children US and CARE International, hereafter referred to as the Core Group. The overall purpose of the study was to provide an overview of the timing, appropriateness and efficacy of interventions in the drought that affected the pastoral lowlands of Ethiopia in 2005/2006.

The study also sought to identify mechanisms to initiate more timely and appropriate interventions to protect and support pastoral livelihoods. The study has identified mechanisms, systems, capacities and institutions which need to be strengthened in order to trigger more timely and appropriate livelihood-based responses to drought. The study also explored donor interest in resourcing these changes.

Beyond Any Drought - Root causes of chronic vulnerability in the Sahel 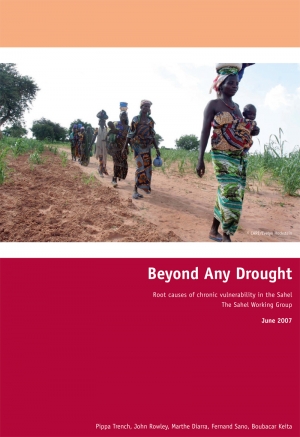 "The Sahel has long been vulnerable to drought, impoverishment and food insecurity, as the droughts of the mid-1970s, 1980s and 2005 show.

Over the past 20 years, IIED has run a major programme of work in the Sahel that aims not only to demonstrate the fragility of human and environmental systems, but also to show the remarkable energy and innovation that local people can draw on to adapt and survive in an often hostile setting.

Beyond Any Drought makes clear people’s vulnerability stems from a combination of political, economic and social forces, as well as the impacts of highly variable rainfall.

The latest report from the Intergovernmental Panel on Climate Change (IPCC) confirms the likelihood of higher temperatures for the region over the next few decades.

Current predictions of changes to rainfall in the Sahel are less certain, with forecasts ranging from a drop of 20% to a 20% rise. In either case, more heat will increase evaporation from soils, rivers and lakes, and reduce the value of whatever rain does fall.

For a region already suffering from poverty and drought, such predictions are unwelcome news. Finding ways to help strengthen resilience in human and environmental systems is thus key to helping people adapt to the challenges ahead."