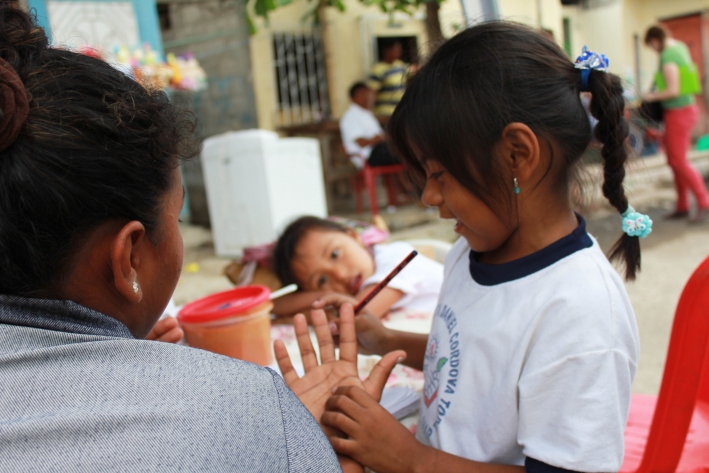 There are certain working conditions that most workers take for granted; established working hours, a minimum wage, paid annual leave, social security and maternity leave. Historically, domestic workers haven’t shared these basic rights but a major new piece of legislation could change this unacceptable breach of human rights. On the 16th June 2011, at the International Labour Organisation's 100th international conference, 183 countries signed Convention 189. This landmark legislation mandates state-supported protection to ensure decent work for domestic workers. However, to date, only eight countries have ratified the convention (Uruguay, the Philippines, Mauritius, Bolivia, Nicaragua, Italy, Paraguay, and South Africa). At CARE International, we believe domestic work is “real” work and it is time for domestic workers to be granted the same working conditions that other workers all over the world are granted without question.

The convention defines domestic workers as any person engaged in domestic work within an employment relationship; this translates into work that all households bear to support income-generating activities, such as such as cleaning, cooking, gardening, childcare, or caring for sick family members. The ILO estimates that at least 52.6 million men and women qualified as domestic workers in 2010. However, this figure may, in fact, be as high as 100 million. Globally, one in thirteen female wage workers is a domestic worker, but this is as high as one in four women in Latin America and the Caribbean and almost one in three in the Middle East. Over half have no established working hours or the legal right to a minimum salary; over a third, no right to maternity leave.

In Latin America and the Caribbean, the great majority of these workers are poor women, generally rural migrants of indigenous descent. They face multiple layers of discrimination, based on class, ethnicity and gender. Domestic work is often portrayed as “women’s work,” and encompasses tasks historically performed by servants. This helps to explain why domestic work is under-valued and why domestic workers lie firmly rooted at the bottom of the pyramid.

Not only are their working conditions poor, domestic workers also lack visibility and voice. Domestic workers often have no co-workers, and their long and unpredictable hours make organisation with fellow workers difficult. Due to their precarious working arrangements (e.g. no formal contract) simply joining a union could jeopardise their job security. All this makes collective action to claim their rights to improved working conditions a serious challenge.

Domestic workers’ organisations are generally underfunded and under resourced, as domestic work has not traditionally been a priority for trade unions or women’s rights’ organisations. CARE believes that domestic work should be on the agenda, and as such it has been working in the Latin America region since 2010 to strengthen the capabilities of these organisations and to build coalitions with our partners to ensure that domestic workers achieve access to basic labour rights. As a result of CARE’s efforts and that of its partners, the convention was ratified in Bolivia on the 20th November 2012.

Bolivia’s strong history of unionism and civil society mobilisation provided a supportive background for legislating to protect workers in the informal sector. The Bolivian Domestic Workers’ Federation was formed in 1993 and ten years later during a period of political instability the first basic legislation was passed on domestic work. Following the ILO conference in 2011, the Federation asked various organisations such as CARE for support to ratify the convention and a Promotion Committee was formed to support the advocacy process.

An action strategy was devised to focus on two key areas: organisational strengthening, aimed at improving domestic workers’ understanding of their rights and the convention’s significance so that they could become champions of the cause; and communication, designed to make the wider public aware of the convention and its importance for informal workers.

Information was disseminated on workers’ rights in collaboration with media partners to garner support within the general public.

Once these were resolved, the committee targeted key members within the Bolivian Congress to act as champions to achieve the convention’s ratification, and patiently lobbied other congresspersons to push through the legislation.

The convention was seen by many congress members as a matter of indigenous rights, and this helped to bolster support. Indigenous rights are a key part of the government’s legislative agenda, and partly as a result of this the President recommended that the convention be ratified.

Still a long road ahead

CARE has learned from the experience that building coalitions and working in partnership is key to supporting domestic workers organisations. Providing technical and legal support at key junctures proved particularly effective in unblocking policy bottlenecks and aiding the domestic worker’s federation to lobby key decision-makers. Equally, communication efforts were sensitive to priorities in the domestic agenda, framing the legislation as a core issue for indigenous rights and informal labour, and this raised public receptiveness to the proposed legislation. Finally, throughout the campaign the committee was able to take advantage of key moments within the domestic calendar and highlighted successes in other countries to propel advocacy actions at home.

A new legal framework to safeguard domestic workers’ rights is a great leap in the right direction, but many other countries across the globe have been unable to put domestic work on the legislative agenda. We need to work together to raise awareness and build coalitions to push for this important legislation elsewhere.

Passing legislation is only the first step to achieving equal rights for domestic workers. Rights are all very well on paper, but policies must be implemented. Most countries lack the oversight capacity to ensure effective implementation and impose sanctions when rights are violated. We need to strengthen civil society’s capacity for oversight and thus hold governments and employers to account.

Finally, to pass legislation and ensure the implementation of policies that support domestic workers’ rights, the domestic worker organisations themselves need broader representation, stronger leadership and greater accountability to their constituencies. We need to build capability from the bottom up; supporting workers to organise, improving the capacities of leaders to lobby effectively and ensure that there are mechanisms in place so that those leaders truly represent the interests of their members.

More in this category: « The three most common misconceptions about business and human rights A G8 declaration and a UN resolution to tackle sexual violence - what do they really mean for women who live in conflict? »