Home // Development Blog // ILO Convention on ending violence and harassment in the world of work: The final push

ILO Convention on ending violence and harassment in the world of work: The final push 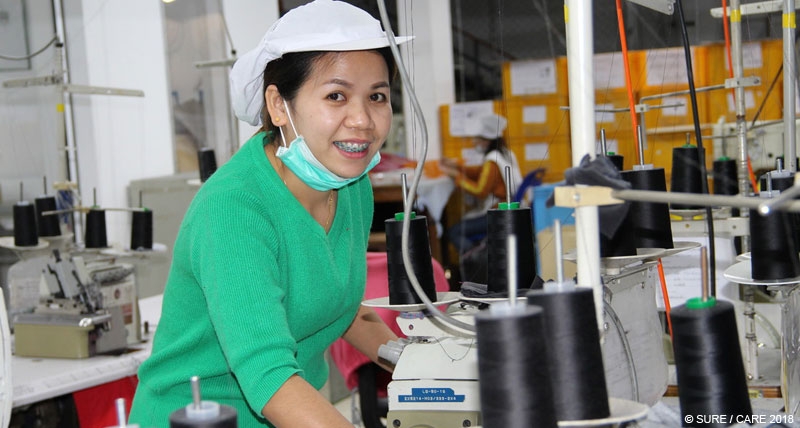 It sounds basic but exercising one’s right to work freely, unthreatened by any of several forms of harassment and violence, is not so easy for many around the world. Fortunately, from the #MeToo movement to the 16 days of activism against gender-based violence, the vociferous call to end violence and harassment against women and girls has not been falling on deaf ears. May 2018 marked a turning point when the International Labour Organisation (ILO) agreed to establish a global Convention to protect workers everywhere. Now we must all see to it that this Convention is adopted during #ILO100 when the International Labour Conference convenes in June 2019.

While signs are encouraging towards a Convention that enshrines the rights of all to safe working conditions, nothing can be taken for granted. Sexual harassment and violence in the workplace affects millions of people and takes many forms, including psychological abuse and intimidation. A study by the WORLD Policy Analysis Center revealed more than one-third of the world’s countries have no laws against sexual harassment at work, leaving nearly 235 million women vulnerable. Where they do exist, laws are often weak, or their related policies, practices, and resources are too inadequate to be effective.

CARE is one of many groups engaging in the campaign to bring about an ILO Convention, and is urging governments and employers to join trade unions in agreeing to it. Our position is clear as outlined in this concise guide: a Global Convention on workplace sexual harassment and violence is one essential tool in our arsenal for preventing violence and supporting survivors of it. Much is being discussed including the definitions, for example, of violence and harassment that encompasses many forms and of “worker” or the scope of “world of work” and that it should include all workers, everywhere.

Effective protection from violence and harassment transcends sector, salary and employment level. This includes workers in the informal economy such as domestic workers and garment factory workers who often operate in contexts where laws for complaint or redress are weak or non-existent: research by CARE showed the resulting national loss of productivity in the garment sector in one region alone to be US $89 million annually.

It is encouraging to see private sector actors supporting the Convention. Apart from the sheer moral imperative, businesses get it: they get that violence and harassment result in direct costs due to absenteeism, turnover, litigation and compensation. On 8 March this year – International Women’s Day – groups such as Avon, Diageo and Marks and Spencer and Unilever published a letter with CARE calling for an international treaty to protect women at work. The work of the many trade unions and labour groups, employers’ associations, and governments, as well as the year-long consultative processes, must now parlay into a Convention at last.

It isn’t that the day after this ILO Convention is adopted, harassment and violence will suddenly cease – we all understand that. But conventions can accelerate national legislation and regulation, and can mobilise authorities, businesses and society to address a widespread problem. The work will start for countries to apply the tenets of the ILO Convention in their contexts and develop the means and access for recourse in the event of violence and harassment. A meaningful ILO Convention will require governments to pursue an integrated approach to address violence and harassment in the world of work, setting clear responsibilities for public and private employers, workers’ and organisations. Such an approach is vital for prevention as well as protection, rehabilitation, compensation and other remedial action.

The task now is to have constructive dialogue, to finalise the Convention text so that we can move from agreement to adoption then ratification. At the end of 10 days of negotiations, come June 21, an ILO Convention that prioritises protection of all workers from harm will be a defining moment in history should it come to pass. CARE plans to stay at the forefront of the campaign fight and be among the first to celebrate this vital milestone.

More in this category: « How braver citizens make governments more effective Menstrual hygiene: how to save money, conserve water, and reduce violence with a Ruby Cup »