Home // Development Blog // Menstrual hygiene: how to save money, conserve water, and reduce violence with a Ruby Cup

Menstrual hygiene: how to save money, conserve water, and reduce violence with a Ruby Cup 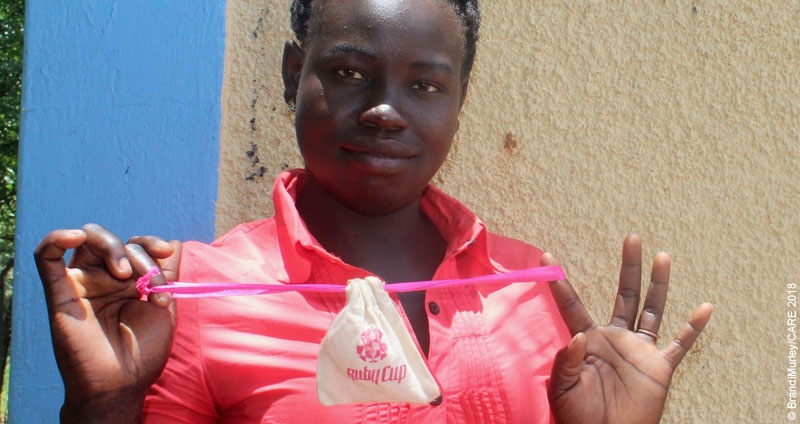 Complete this sentence, “Today, I’m worried about where I will get the money to buy _________.” What filled in the blank for you? A car? A meal? If you’re a refugee woman in Uganda, one answer is likely to be sanitary pads.

For refugee women in Uganda, the inability to manage menstruation is putting them at risk of violence and preventing them from going to school, accessing their food rations, or leaving their house.

Unlike a lot of the complex problems CARE handles, this one is relatively easy to solve. In fact, the Ruby Cup pilot test in Impevi, Uganda, showed how much change is possible by providing one simple tool, a little training for women, and some education for men.

Here’s what one woman had to say about the project’s impact on her life: “Since the project started I now feel comfortable because when I use the cup, instead of thinking where I’m going to get money to buy pads, I am using the cup and the cup is really helping me.”

CARE partnered with Womena and Oxfam to pilot Ruby Cups with refugee women using ECHO funding. What did we learn?

How we got there

Check out the pilot project evaluation.

More in this category: « ILO Convention on ending violence and harassment in the world of work: The final push ILC 2019: Business community speaks up for a strong and inclusive ILO Convention »