The three most common misconceptions about business and human rights 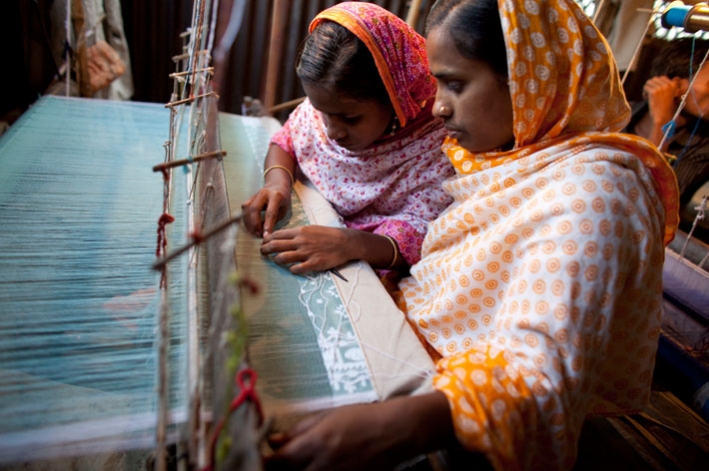 Human rights remains a topic that companies may reference perfunctorily in their codes of conduct, but few really seem to understand. In their defence, this is in part because, first, best practice standards on business and human rights are often nascent at best, and, second, human rights tend to be expressed in a nearly impenetrable mass of legalistic jargon.

In the interest of bridging some of the gaps between business, development and human rights terminologies, I’ve identified the three most common misconceptions about human rights and business.

Misconception #1: It’s all about labour rights

By far the most common misconception about human rights is that they are limited to issues typically associated with industrial relations such as freedom of association, collective bargaining, and minimum wages. These rights, along with others articulated in the International Labour Organization Core Conventions certainly sit at the heart of the business and human rights agenda, but there’s much more than that.

The definitive standard in the field is the UN Guiding Principles on Business and Human Rights, or UNGP. (Also known as the Guiding Principles, the Ruggie Principles or the Respect, Protect Remedy Framework. And we wonder why people find it hard to get their heads around human rights?)  The UNGP looks across all international human rights law and draws distinctions between the responsibilities of the state and the responsibilities of business.

In a very small nutshell, what the UNGP finds is that business plays an equal role across the full spectrum of rights, including what are known as economic, social and cultural rights.   These include, but are no means limited to, areas like: the right to food and water, the right to health, and the right to a sustainable environment. In human rights terms, this is because all rights are “interrelated, interdependent, and indivisible”.  In more straightforward terms, this means that any given right can never be completely fulfilled in exclusion of the others.

Out of necessity, the extractives sector has perhaps gone furthest in recognizing (if not necessarily enforcing) this, particularly through the advancement of international codes on conflict, corruption and transparency. For an example of what this looks like in practice, AngloAmerican’s Socio-Economic Assessment Toolbox (SEAT) takes a comprehensive look beyond labour rights, considering broader community impacts such as land management.

I mentioned above that the Guiding Principles are also known as the Protect, Respect, Remedy Framework.  This is another bit of specialist phraseology which means that businesses of all types are responsible for respecting rights (e.g. not enslaving people) as well as providing remedy (i.e. adequate compensation)  when something does go wrong.

Significantly, the UNGP also notes that companies should conduct due diligence to identify areas of highest risk, and energetically seek to prevent rights violations (though there is no agreement about what due diligence looks like- a topic for another blog.) At its core, the respect, protect, remedy approach signals a shift from compliance with minimum legal regulations to a more proactive role in upholding human rights.

Misconception #3: It’s all about business

Broadening the sphere of business and human rights may seem like it leaves too much to the private sector, but that’s not the case.  The first pillar of the UNGP explicitly puts the onus on governments to establish and enforce appropriate laws.  This is the protect part of the framework.

What this means for companies is that they should see public sector efforts such as advancing gender equality, establishing living wages, or regulating against environmental degradation, as supporting them in fulfilling their own obligations. It’s when companies lobby against these initiatives that their disregard for human rights becomes apparent.

What we can all do:

Business, international development, and human rights are three closely interrelated fields, and a stubborn persistence within each area in maintaining its own terminology only holds us back in achieving common goals. We all have a part to play in making sure this changes moving forward.

Businesses should make a concerted effort to understand key frameworks and use them to understand high risk areas across their operations.  Governments should actively make and enforce policies which meet international standards.  And finally, human rights advocates of all sectors should throw away the jargon so that these crucial universal standards can be universally understood and promoted.

This blog was originally posted on AlexaRoscoe.com. For more news on private sector development and human rights, follow her on Twitter @AlexaRoscoe.

More in this category: « A call to action on gender and humanitarian reform: What happened at the high-level review at the UN General Assembly of the Call to Action? What can blogging achieve for INGOs? »