Home // Development Blog // Empowerment beyond the buzzword: The unintended consequences of empowering women

Empowerment beyond the buzzword: The unintended consequences of empowering women 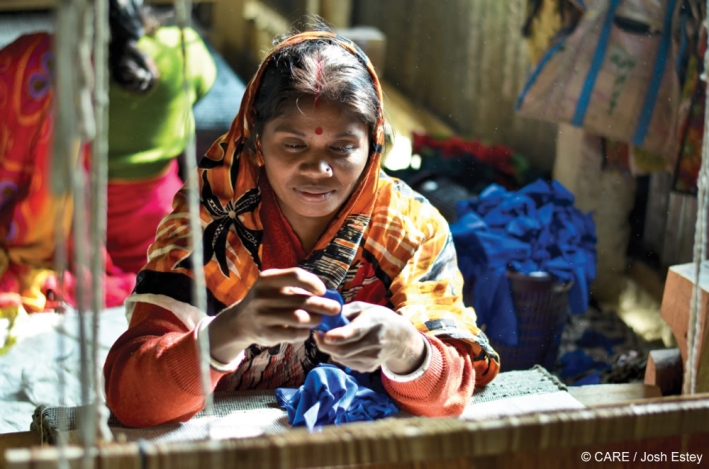 Empowering women is not without risks – we need to identify and overcome them...

There’s a statistic that most development practitioners will have heard quite frequently: empowering women farmers would decrease the number of hungry by up to 150 million. There are many facts like it, all meant to make the case for women’s economic empowerment. Reduced gender barriers in access to formal sector work could improve labour productivity by as much as 25 per cent in some countries is one. Equal pay for women could increase national GDPs by 9 to 20 per cent is another.

The UN cites these figures. Businesses like Deloitte cite these figures. I cite them as well. But there’s a problem. It is not that they’re incorrect, or even that used strategically they don’t add force to the well-justified case for women’s economic empowerment; it is that by exclusively emphasising the positives of empowerment, these facts obscure how difficult – and how radical – empowering women can be. Repeated so persistently, they risk glossing over some hard truths about women’s empowerment.

To state the obvious, empowerment is at its heart about power – and upending power relations, whether between countries, classes, races or genders, is never a tidy process. There will be strong resistance to every step forward, and not infrequent steps back. For instance:

Are these women fully ‘empowered’ just because they have been able to obtain employment or access a loan? Not when the price of empowerment is taken into account.

These are just selected examples. Still, when the sheer scope of the problem is sized up the truth becomes apparent. Women’s wages are just 70 per cent those of men. Forty per cent of women will suffer from gender-based violence during their lives. Altering these statistics will require not just surface-level changes, but transformation at every level of society and the economy. This will, in turn, instigate substantial backlash, and we have to be prepared to face it.

Development actors rarely speak publicly about their limitations. In this case, silence limits understanding of and ability to influence how gender transformational change occurs in practice. More nuanced monitoring can change this; for example, an excellent report from GSDRC identifies specific variables which increase or decrease the risk of violence against women resulting from economic empowerment initiatives.

Even the current, imperfect understanding does suggest concrete steps which can be taken to mitigate risks. The first of these is to engage men in empowerment initiatives. Recruiting men as gender champions can reduce the ‘men vs. women’ dynamic that can be a by-product of empowerment initiatives gone wrong. In JITA, for example, consulting with male elites in the areas where saleswomen were operating improved community support.

Engaging men is also important because women aren’t the only potential targets: men who violate gender norms, whether in terms of sexuality, household responsibilities, control over income or countless other ways, are also subject to backlash.

Empowerment is radical – and possible

However, just because empowerment is radical does not mean it is impossible. The scope of the challenge may be daunting, but the progress that has been made in recent decades is remarkable. Acknowledging, and seeking to overcome, risks and unintended consequences of this progress means women’s empowerment, and gender equality, can be achieved that much sooner.

This blog was first published on the Double X Economy website.

More in this category: « A review of Kuwait II, or the Second International Humanitarian Pledging Conference for Syria The Olympics and the importance of nutrition »