Home // Development Blog // The Olympics and the importance of nutrition

The Olympics and the importance of nutrition 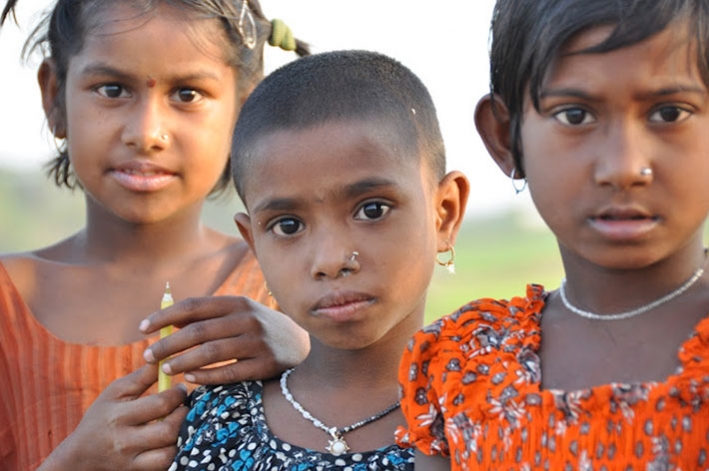 As Usain Bolt pounded to the 200m finish line, displaying formidable human strength, my mind wandered to the Olympics and Paralympics aftermath. The Olympics this year closed to a new opening – one that is hoped to herald in new commitments to reducing malnutrition rates across the developing world.

Looking at Bolt’s muscles flexing across the screen, it seemed apt that the UK’s Hunger Summit on Sunday, which hopes to capitalise on the energy of the Olympics, was promoted by some of the UK’s leading athletes. Sportsmen such as David Beckham and Mo Farah must understand more than most the importance of nutrition.

There has been lots of talk this Olympics about how the number of physiotherapists, psychologists and nutritionists have outnumbered those racing for Team GB. It seems racing and winning is as much a game of medical science as it is of strategy and innate skill. This translates into one key message: nutritional composition is critical to peak health and ability to perform. Or, as we well know, it’s not so much about how much we eat, but what we eat.

Maize is not sufficient

And this is true too of those that have to struggle from month to month to find ways to meet their food needs. In these communities, CARE provides support to ensure that families can buy, grow and prepare food of sufficient quality to meet a healthy balanced diet. Growing maize is not sufficient; whether the household can also buy or grow its beans and greens and does it have the means to cook them is the real issue.

At one level it is about direct nutritional interventions. A standard ‘food basket’ that CARE might provide would include grain (wheat, rice, maize) some pulses and oil. To complement these, micronutrients might be given to sprinkle on food. If consumed correctly, this will provide a basic balanced diet.

In the UK, the government already provides direct intervention behind the scenes to secure our nutrition: our cereals and bread are fortified, and soya protein and omega oils are added to many of our processed foods. All we have to do is remember our five-a-day.

But tackling malnutrition is greater than providing scientifically appropriate nutritional intake or providing food. As we know in the UK, malnutrition is related to poverty, to the food we can afford to buy, the services provided by our local council and what our parents have taught us. Similarly, CARE’s approach to malnutrition focuses on these ‘structural’ factors. We concentrate on the gender dimensions (we work with men as well as women), the lack of employment opportunities, the lack of services reaching into poor areas, or a lack of government commitment.

In Bangladesh, one of our programmes provides some cash for small businesses to boost income, it trains women and men in a balanced diet, it helps set up community kitchen gardens to grow vegetables, it provides resources and salaries for the community to build latrines.

The impacts measured by our donors have revealed that, in just three years, amongst the 55,000 households we work with in this project, the population with an ‘acceptable’ rated Food Consumption Score has increased from 52.3% to 82%. The percentage of the population that now uses safe latrines has increased from just 2.6% to 28.3%. 79.5% of households now access to at least two government services per year (one of which is vaccinations). These are sizable changes across more than 600 communities.

Another of our projects in Bangladesh (SHOUHARDO), directly empowers poor female farmers and addresses malnutrition. The nutritional impacts are achieved not only through direct nutrition interventions but we found the key has been to address the underlying structural problems – poor sanitation, poverty and deeply-entrenched inequalities in power between women and men. Addressing the persistent structures of poverty reduced stunting for 6-24 month old infants by a remarkable 4.5% per year; poverty has been reduced from over 56% to just 40% in 3.5 years.

And while the average rural rate of stunting persisted was over 45% and rising, the stunting rates of those in the project area continued to decrease.

Combating malnutrition also requires the commitment of southern governments. In Peru, between 2005 and 2010, our policy work and capacity training amongst communities reduced malnutrition from 40.1% to 31 in just three years.

This success was achieved, in part, because partner non-governmental organisations coordinated with CARE to strongly lobby the government on nutrition. Peru’s commitment, along with other South American governments, to reducing poverty and malnutrition in their countries, led to decreasing malnutrition at the levels reported above.

There’s a whole structure around us that can prevent or propel us to fitness and health. Few of us will ever have the trainers, nutritionists and logisticians tracking our personal statistics to help keep us even in basic health, but there’s lots of work CARE can do to improve the networks, systems and knowledge that can help people to do it on their own.

More in this category: « Empowerment beyond the buzzword: The unintended consequences of empowering women Unlocking the potential of some of the poorest people in Bolivia »