Day 1 of the World Humanitarian Summit: Marks for effort and achievement 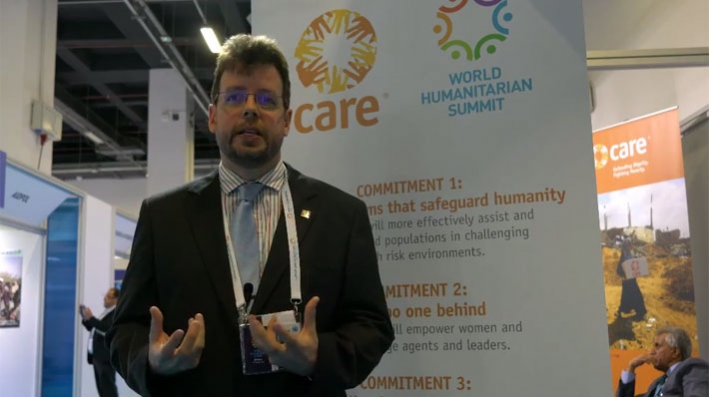 The World Humanitarian Summit has had a rough ride over the past few months, not least from us at CARE, who have noisily demanded it engage with the need for political action and that it fully address the huge gender differences in disaster and conflict. However, to my surprise, at the end of the first day, it’s mostly achieved its aims.

About a month ago we put together some indicators for success, using a simple traffic light system, so that we’d know what we were talking about when we came to reviewing the Summit’s impact. To justify the significant costs of organising the Summit the bar needed to be set high; high level attendance from States, detailed commitments that demonstrated that States had really thought through what they were saying. The good words that were almost certain to come out needed to be supported by significant amounts of new cash. We said more funding had to go to front line responders.

The Grand Bargain, which we’ve previously called useful, but insufficiently transformative, was not only broadly supported, but fostered exactly the kind of specific commitments we’ve been calling for. Denmark announced that they had redeveloped their assistance strategy in line with the Grand Bargain, and would be publishing it next month. Norway and Germany announced significant new money. The UN announced that they understood why it was important to think of a humanitarian ecosystem, rather than a system under their control. All this is very positive.

We’ve heard today some very strong messaging around the need for political action – not only in the preparatory documents, but also in statements. Gender has been a huge shift – from being told it wasn’t ‘summit-worthy’ we’re now seeing it being championed across the summit by a wide range of states and other actors. Not everywhere, but almost. The commitment to supporting local actors seems sincere on all sides – the local CARE partners who have come here to Istanbul have been very much in demand, and we’ve made a point of creating space for them to speak rather than speaking on their behalf.

In the main commitment plenary, despite low attendance, a number of Southern states – those that host the vast majority of refugees – reconfirmed their commitment to keeping their borders open to those fleeing danger, putting much richer states that have closed their borders to shame. There hasn’t been enough detail on how states will stop the attacks on schools and hospitals, but many states –- and not just those you’d expect – did reference the need to do this.

It hasn’t been all great. For example, the Deputy President of Kenya blamed refugees in Dadaab for causing ‘crime and drugs’, when he could have made a more useful statement comparing the $350m per year that Kenya spends on hosting refugees to the aid programmes of major donors.

But overall, we’re impressed. We’re not at the green light yet, but on reflection we’re well into the amber, which is significantly better than what I expected this morning.

More in this category: « What next for Syria? How 15 years of experience with UNSCR 1325 could inform a different approach to the Syrian conflict What can CARE do for business? – Taking partnerships to the next level in Pakistan »