Home // Development Blog // How to maintain your enthusiasm for the Grand Bargain (yes, really!)

How to maintain your enthusiasm for the Grand Bargain (yes, really!) 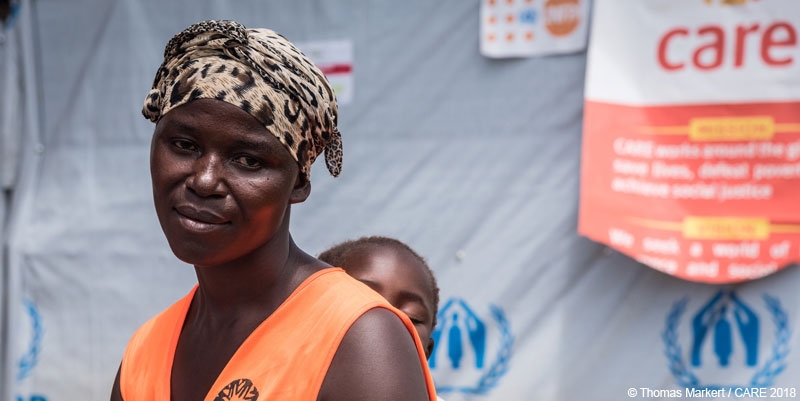 Next week (18 June) brings the second annual review meeting of the ‘Grand Bargain’, which will review an annual report building on individual submissions of the signatories, which spans donor governments, UN agencies and NGOs (including CARE). So how should the review be marking the Grand Bargain’s report card?

The Grand Bargain, launched at the World Humanitarian Summit in 2016, is a major driver of efforts by humanitarian agencies to reform how they work. A new independent stock-take report by the Overseas Development Institute suggests the bargain is making real progress above and beyond what would have happened anyway on a number of its workstreams, notably on cash, participation and multi-year planning. However, its report also noted that there is ‘decreasing political momentum’ and ‘growing frustration at a perceived lack of impact and action at country level’.

This isn’t entirely true – there is more engagement of local organisations with Humanitarian Country Teams (the primary coordination mechanism for governments, NGOs and the UN at country level). The ‘Nexus’ work is already resulting in significantly more joined-up and strategic humanitarian and development programming in many countries, and although we’re not using it to its full potential, the framework itself remains a good way to mobilise attention and resourcing across the humanitarian ecosystem to address longstanding challenges.

However, of course the process is challenging and for CARE, we are especially concerned that despite ‘some progress in integrating gender as a cross-cutting issue’, we’re failing to reach both grassroots women’s rights organisations or, in many cases, the women and girls who are frequently the most affected by crisis.

So to help step-up efforts on gender, CARE is publishing with Action Aid a new report provocatively titled Not what she bargained for? Gender and the Grand Bargain focusing on three workstreams: localisation, participation and cash.

As our Charter4Change colleagues will note, we still need to do more to ensure humanitarian funding reaches local women’s organisations and other civil society groups that are addressing gender issues. This is less around hitting the target of 25% of funding to go as directly as possible to local groups, but more around how we ensure funding processes – calls for proposals, compliance requirements and the like – are simplified and made accessible for those local groups. Just measuring the absolute levels of funding going to national NGOs does not capture questions of quality (including gender sensitivity) or diversity (including funds reaching women-led CSOs or other groups working on sensitive protection issues).

We also need to ensure that local women’s groups are better able to participate in humanitarian coordination across all clusters, building on initiatives to develop and roll-out sector-specific gender guidance and localisation efforts under the Global Protection Cluster.

Many Grand Bargain meetings, including the annual review next week, remain largely closed to local and women-led organisations who could offer new perspectives and reality checks. Partly because of the number of new signatories, the annual meeting is much more structured than last year, with less scope to discuss new ideas and challenge mainstream perspectives.

Discussions in the humanitarian sector around Accountability to Affected Populations and Prevention of Sexual Exploitation and Abuse have remained very much focused on how global North donors cope with media criticism, and much less about what works in practice in a world where zero tolerance doesn’t mean zero incidents. Donor willingness to pull the funding rug from under supposedly valued partners doesn’t bode well for any real transfer of power, and it’s unclear how local partners with small or no cash reserves would continue programmes while investigations and management action are undertaken.

If we want to see meaningful change in the humanitarian system to enable women to participate in decisions made on assistance and protection, our paper highlights three key areas for action:

First, donors need to adopt a more harmonised approach to requirements on gender and women’s participation across the project cycle (and resource this). Perhaps there could be a gender equivalent to the ‘Common Donor Approach’ to cash being developed in the cash workstream.

Third, and most importantly, we need to see the humanitarian system ensure more gender-balanced humanitarian response teams at all levels, and address obstacles to recruitment and retention of women staff on the ground (our She is a humanitarian and Women in surge reports both explore the issues). Without this, we won’t see the step-change we need to see.

Finally, we need to match the welcome momentum on large‐scale and harmonised cash delivery with investment in community-based approaches – such as involving women’s groups and village savings and loan associations to analyse where cash can do the most good and challenge large-scale cookie-cutter approaches.

How to move forward?

Notwithstanding ‘process fatigue’, willingness is there. The meeting in New York, and Kristalina Georgieva, are committed to providing the political leadership to pin down what success looks like in each of the now-nine workstreams (the 10th workstream, the Humanitarian/Development/Peace Nexus, has been ‘mainstreamed’ across the other nine). Local actors like the NEAR network will be at the table, and many signatories, including CARE and our fellow Charter4Change signatories, continue to push for more access for local actors who can challenge the status quo and provide us with new ideas and perspectives.

It’s easy with these processes to complain that they are too bureaucratic, and that they don’t deliver. There are already mutterings that the GB should be wound up in a year or two. This would be a mistake. We at CARE find the Grand Bargain is a useful framework for holding humanitarian donors, the UN and NGOs (including us) to account. Given that all the workstreams pre-date the World Humanitarian Summit, and are likely to need work on them for the foreseeable future, we don’t support an arbitrary wrap-up date.

How to measure success?

Obviously we will track if and how agencies have taken forward the recommendations in Not what she bargained for? Gender and the Grand Bargain. By this time next year, we should have clearer success indicators, a stronger presence of local and women-led actors, and perhaps even, if the evidence is there, some individual workstreams beginning to wrap up if we genuinely and collectively think the needed progress has been made.

But at the end of the day, we have to remember where the Grand Bargain came from and what it’s for. With the crises in Yemen, Syria and elsewhere continuing to worsen, and no serious political solutions in sight, it’s critical to remember what Peter Maurer of the ICRC said at last year’s meeting:

‘We cannot afford to forget that the purpose of the Grand Bargain is not efficiency in itself; or a better alignment of bureaucracies. It is to protect and alleviate the deep suffering of all those for whom every day is a struggle for survival.’

More in this category: « How we got a step nearer to ending violence and harassment at work worldwide – and what’s next Linking Aid to Migration: A worrying direction of travel »