Home // Development Blog // Putting gender into political economy analysis: Why it matters and how to do it

Putting gender into political economy analysis: Why it matters and how to do it 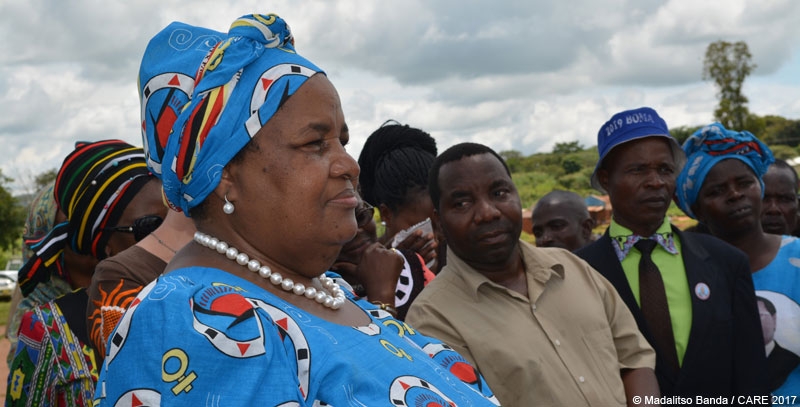 For many development professionals, political economy has become the gold standard of foundational analysis for programming. It helps us to understand how power and resources are distributed in a society or sector and is important for ensuring our programmes and campaigns avoid cookie-cutter technical solutions and are designed for real world impact.

This is good news. Or it would be if political economy analysis approaches and products did not overwhelmingly ignore one of the most pervasive systems of power in society – gender relations.

Political economy analysis ignores gender by accident and by design

1. Accidental oversight of women as agents

Political economy analysts look for who has influence now and tend to find elite men, because they have visible or typical forms of political and economic power. We then devote the bulk of our analysis to how male power-holders behave and why. Women are mostly invisible, or they are included as victims, passive recipients and/or ‘vehicles’ for other development outcomes e.g. improved child nutrition – and this is then how they feature in programme design.

2. Deliberate oversight of gendered power and its implications

In our experience, political economy practitioners often resist the suggestion that their analysis should identify potential change-makers, including those with less visible power who want to fundamentally challenge the status quo. They argue that political economy analysis is a neutral or value-free tool for understanding how things are, not how they should be. We contend that focusing only on how to use male-dominated sectors or systems, and not on how to change them, is a normative position – and one that assumes the analyst sees clearly how things are.

By privileging this kind of analysis, we as a sector collectively prioritise making the wheels turn in existing systems. While starting small and making achievable gains is a reasonable approach, political economy tools often make us feel we can stop there, and don’t help us to critique unjust systems and develop a strategy to change them. Ironically, this makes us less political!

In the ideal scenario, development practitioners use analysis at the beginning and throughout programming to inform design, implementation and learning. Practitioners benefit in three main ways when they recognise gender as a universal and fundamental power structure in their political economy analysis.

A gender lens opens our analysis to how political and economic systems privilege or disadvantage different groups based on their identities or other characteristics, including sex, gender, age, class, ethnicity, religion, sexual orientation, disability, marital or citizenship status and geographical location. These systems shape the opportunities, choices and well-being of different people differently, and they also affect the effectiveness of any intervention or reform for different groups. For example, economic development programmes rarely recognise the existence and costs of unpaid (domestic and care) work, its effects on labour force participation, and the role of policy and social norm change in redistributing unpaid work and creating fairer and more efficient economic systems.

A gender lens alerts practitioners to whether their planned approach is likely to reinforce systems that reproduce inequality and oppression and/or undermine groups in the process of renegotiating access to rights and resources. For example, cash transfer programmes that fail to recognise intra-household power relations can ingrain women’s subordination and dependence, limit their options and expose them to abuse. Agricultural programmes that fail to engage with legal, customary and cultural barriers to land ownership not only deliver limited practical gains for poor communities but can contribute to land conflict, inefficient land use and women having fewer economic options.

A gender lens sees women and other traditionally excluded groups as potential agents of progressive change and looks at what sources of power they do have and how these might be bolstered. For example, women’s rights movements are the most important factor in getting government to recognise and promote the social and legal status of women as a group, whether this is women’s constitutional equality, equality in the workplace, action to end violence against women, or special measures to increase women’s political representation. And though still often excluded from peace negotiations, women’s participation is critical for sustainable peace.

Gender is about more than women. It is about gendered roles, expectations and power relations that affect people of all genders and sexual orientations. Below we focus on women, however, to make visible the largest group facing universal and deliberate exclusion based on their sex and gender, and to create ways to include and centre other groups invisible in political economy analysis.

Building the skills and confidence to actually do this kind of analysis is vital, but to date there is little concrete guidance on how to do a gendered political economy analysis. To help fill this gap, the Gender and Development Network’s Guidance Note for Practitioners on Putting Gender in Political Economy Analysis provides a worked example of how to integrate gender in the four steps in a typical political economy analysis. These are:

Political economy analysis is much more likely to be relevant, understood, used and updated when as diverse as possible a group of programme staff and partners produce it themselves. And our analysis is strongest when women participate in producing it, both female staff and women in the communities we work with. We also need to be mindful of how intersecting identities shape different women’s experiences and the power relationships amongst the women sharing their intelligence.

2. Think differently about stakeholders and their power

Purposefully map people with less obvious or official sources of power, and look at how invisible sources of power (e.g. social norms, public perceptions, institutional cultures) affect the position of different stakeholders and their ability to act. Including different views in the process of stakeholder mapping can expose blind spots and untapped sources of power and support for progressive change. For example, consulting with women-led organisations may identify the collective power of women’s producer associations in otherwise gender-blind market trader ecosystems. The collective power of workers in predominantly female industries, such as in Vietnam’s garment sector, has the potential to increase wages and extend labour.

Consider how social, political and economic factors affect the motivation and behaviour of different groups of women and men. Doing so helps us to better understand how gender affects how people behave, the likely reactions of different people to programme activities, and the probability of positive change. For example, to increase access to justice we need an analysis that includes how different women experience the justice system (state and non-state) and the factors that make it more or less likely that they will use it and get a fair outcome.

4. Think about women when identifying entry points and realistic pathways to change

The point of political economy analysis in development programming is to understand the underlying causes of a given problem and to identify change processes that are strategic and feasible given prevailing conditions and resources. Integrating gender means considering how an intervention will affect different groups of women and men. It also means considering how women might be supported to drive social, political and economic change, rather than be passive recipients of new rights, opportunities or resources.

Our Guidance Note aims to give practitioners ideas of how they can go about a gendered political economy analysis. But the tools we use matter much less than the process of analysis and how we use what’s revealed in our programme design, implementation and learning. Even trialling a small change – such as choosing a women’s rights organisation or expert to advise us – can lead to significant unanticipated and positive ripple effects in our work. Oxfam’s collaboration with the Women’s Budget Group to deepen the gendered analysis in its Inequality campaign has sparked the development of numerous other gender responsive budget tools and campaign connections. Doing the analysis repeatedly in order to understand and adapt to change over time also reveals new dimensions to the picture – and helps us to develop our gendered muscle memory. Ultimately though, the first, and most important, step is to want to try it. Let us know how you get on!

This blog was first published on Oxfam's From Poverty To Power blog.

More in this category: « Embracing the spirit of consortium: It's about making the right investments, not cutting delivery costs Changing social norms to achieve women’s financial inclusion »