Home // Development Blog // The World Bank can now spend more on Fragile States – so what should it do with the cash?

The World Bank can now spend more on Fragile States – so what should it do with the cash? 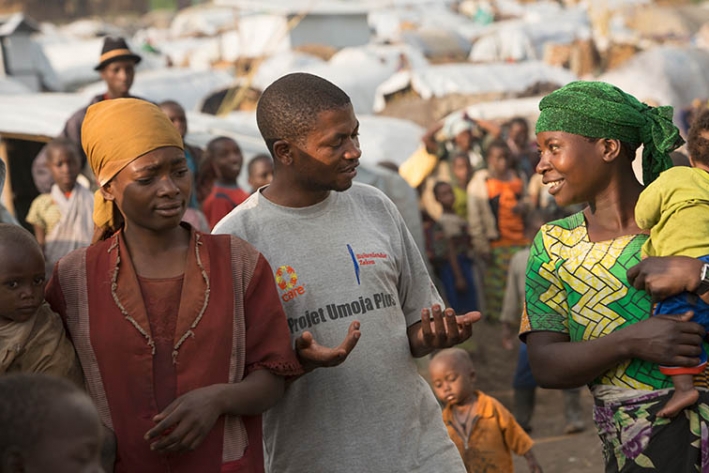 The World Bank is starting to put the money behind its thinking on Fragile States. However, as a 10-year evaluation of its work in fragile and conflict affected states shows, getting the finance might have been the easy part.

Big news at the Bank: at the latest funding round for 2014-2017, new evidence showing funding in fragile states is as effective as non-fragile ones helped lead to changes in the internal funding formula for allocating development assistance. Theoretically, up to 20% (up from 13% in the last round) of the estimated $52bn of development funding for the next three years could now be allocated to fragile states and conflict affected states (FCS in Bank parlance, FCAS for DFID, confusing I know).

Part of this, around 7%, is earmarked for a ‘turnaround’ fund, to help countries going through transition from conflict to stability to make the most of their opportunity. This corrects an anomaly that, since the 2011 World Development Report on Conflict, Security and Development was published, the World Bank has been at the forefront of development thinking on what aid should be spent on, but has been unable to fully fund programming itself. The problem was the IDA formula (PDF) which weighted value of ‘good governance’, thereby cutting at a stroke the funding eligible to countries which by the Bank’s own definition have weak governance systems.

As significant as this surge in funding is, another change is taking place within the Bank. A potentially seismic internal reorganisation is underway breaking down regional groups and creating 14 global thematic practice areas – from education to health to governance. These are intersected by five core cross-cutting themes: gender, climate change, jobs, public private partnerships and, yes, fragile states.

With regular meetings between the heads of all 19 areas, potential for developing programming that reflects all the experience and technical skill of the Bank is said by one Bank official to be unprecedented. Above all, thought leaders on FCAS will now have a seat at the table where global decisions at the Bank are made.

Three things the Bank should do with the new funds

1. Focus on conflict impacts on women

So what should the World Bank do with all this new money and influence that will make a difference in FCS? One of the first pieces of business will be to get their heads together with the gender team to look at how they can better programme to alleviate the impact of conflict on women. A 10-year evaluation of Bank programming in fragile states found the bank has been relatively effective in mainstreaming gender in health and education but notes that progress has not been made in this key area. Looking at Community Driven Development projects (CDD) in Afghanistan, Nepal and Sierra Leone, it noted how women were more visible in decision-making but critiqued the lack of longer-term economic impact, such as no change in asset ownership for women.

One suggestion is that, in the same way that the FCS team in the Bank is succeeding in mainstreaming conflict sensitivity into their fragile states programmes, the FCS team and the gender team can now collaborate to also make gender analysis mandatory. This would rapidly identify important and new areas for investment that have been overlooked.

CARE is learning the same lessons while delivering a large CDD-style programme with IRC in the Democratic Republic of Congo. The flaw is that the programme, like the World Bank’s, was not designed as a gender equality programme because, at the outset, it lacked a gender analysis which would have led to specific women’s empowerment activities with a focus on building equality of outcomes. It is not enough to create the opportunities for women to lead for example, if support is not provided to help them take those opportunities, building their status and giving them the confidence to take leadership decisions. CARE is now evaluating whether a pilot of adding VSLA activities made a difference to women on both the economic and leadership fronts. Watch this space for more on this later in the year.

A second idea the Bank might look at is financial inclusion. The evaluation picked on the poor track record in Bank programming aimed at stimulating job growth. This priority is premised on the idea that jobs, particularly for young people, reduce the numbers of disaffected youth willing to become combatants, while driving economic growth and the ‘peace dividend’. What the report highlights, however, is a lack of understanding of the micro-economic conditions for job growth, and suggests the Bank move away from its emphasis on formal job creation through increasing foreign direct investment.

At Davos last week CARE, Plan and Barclays launched a new financial inclusion charter for banks, to assist the linkage between the informal and formal banking sectors. The idea is to explore the role that private savings can potentially have in generating greater domestic investment and economic growth. With new space for collaboration, perhaps the Fragile States team and the Bank’s micro-finance wing CGAP will look at whether micro-savings and financial inclusion is an untapped area of growth.

Third, in countries where no effective banking infrastructure exists, financial inclusion is a non-starter. In places like Somalia, the Bank should look at what role it can play to ensure that vital remittances continue to flow in, especially as banking services are being withdrawn by Western banks under threat of prosecution under US anti-terror laws. The Bank can also go further and look to play a leading role in the establishment and improvement of the formal financial sector, including regulators, central banks and financial service providers as part of the New Deal compacts that are starting to emerge.
These key changes kick in on 1 July 2014, and mark a new opportunity for the Bank to focus on how to deliver the right programmes in the best possible way in fragile states. As civil society we need to make sure this moment is not wasted.

More in this category: « Local to global advocacy at CARE Three findings from Lendwithcare’s partners which refute the pessimists on (indirect) peer to peer microfinance »