What Brazil’s World Cup meltdown teaches us about market systems 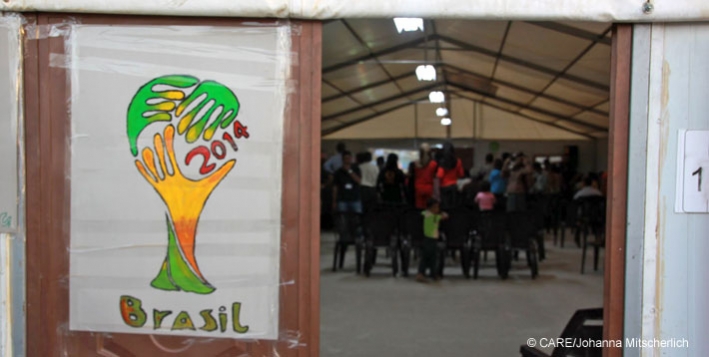 Football teams are a system and markets are systems too... I am a market systems practitioner who lives and works in Brazil. After the emotions from Brazil’s semi-final failure calmed down, I started to draw a few analogies from the World Cup. Painful as it was (for me at least), Brazil’s epic 7-1 defeat might teach us a few things about how to make market facilitation initiatives more successful and resilient.

Obviously, thinking that you have the ‘right to win’, as Brazil perhaps did, doesn’t mean that you will win the market game. We believe that smallholders have the right to better participation in market systems, but to ‘win on the field’ they need thorough and sound market-based approaches – based on better access to markets and knowledge of how markets work.

A system built up on fragile foundations is vulnerable, and it will easily break down in the same way as the Brazilian team did without its star players Neymar and Thiago Silva. The market system equivalent of the ‘star players’ can be, for instance, two large key lead firms in the market system which the smallholders depend upon for their successful access to and participation in markets. Successful market facilitation initiatives cannot be dependent on one or two large companies, they need to diversify and provide alternatives.

3.You need alternatives to your ‘first team’

Formal markets (the 11 players on the field) are not the only important members of the team. Team-mates on the bench (informal markets) can provide an alternative for smallholders’ production when formal markets for some reason fail. CARE’s Sustainable Dairy Value Chain project in Bangladesh is an example of this: the formal milk market temporarily collapsed for smallholders when cheap powdered milk was imported into the country. The only available market for local smallholders was the informal, local one, which was still active in parallel with the formal market. Without it, smallholders would have lost their main source of income.

4. You need to adapt when things go wrong

Market systems, like football matches, can be surprising, volatile environments. All of a sudden, new competitors can enter the market, prices can fall, new standards and regulations can come in place. You can concede two (or four!) goals in a very short time, and your project team must be flexible enough to learn from what went wrong and react. Remaining in a state of stupor while the context changes will doom your project to horrible failure. To succeed in the face of unexpected adversity, you need the capacity – based on good M&E and learning systems – and the flexibility to adapt.

There are also a few learned lessons and analogies around the impact of corruption and bad governance, but that is for another blog...

More in this category: « “The power to decide”: How transformative gender dialogues enable women farmers in Ghana to access land African Union Summit 2015: A reminder to keep our eyes on the long-term vision whilst addressing immediate crises »