Five reasons why getting gender, violence and masculinities onto national curricula makes sense 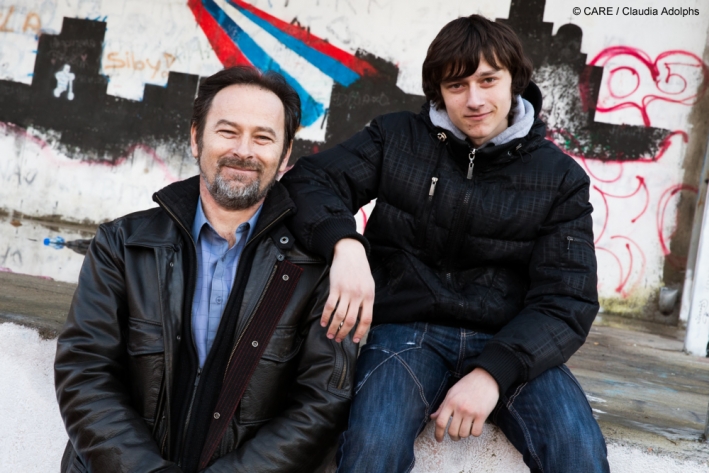 In the Balkans, the success of CARE’s work with young men in schools has led to governments in Serbia, Croatia and Kosovo approving and accrediting a life skills curriculum focused on gender-based violence, positive masculinities and relationships for use in secondary schools. Ahead of the Ending Sexual Violence in Conflict summit in June, CARE is calling on other governments to do the same. Why?

1. It can help change the behaviours, values and attitudes that sustain gender inequality and hold a country back

Promoting one sex over another – and within that the forms of behaviour required to be a ‘real man’ or woman – crushes diversity and deprives any society of realising the full talents of its people. Restrictive or damaging gender roles harm everyone. A study of the attitudinal change in young men going through the Young Men Initiative in the Balkans showed that 58% disagreed that physical strength was the most important quality for a man, compared to 31% before the programme. Attitudes around women’s primary role in the family and homophobia also improved in almost all the study sites. Restrictive gender roles also harm the economy. One UN estimate puts the cost of restricting women’s access to work at $40 billion in the Asia-Pacific region. Understanding that gender roles are constructed and not biological is the first step to changing them.

2. It can help to prevent gender-based violence (whether psychological or physical)

Rooted in gender inequality, and ramped up by aggressive forms of masculinity (by far the greatest amount of inter-personal violence is perpetrated by men, whether towards other men, women or children), violence in relationships feeds into a wider culture of violence, denial of rights and suppression of voices and talents. Teaching young men and boys about respect, consent and non-violence in relationships tackles this issue head on and has been shown to work. For instance, 73% of young men interviewed in Prishtina disagreed that it was okay to use violence against an unfaithful partner, compared to 48% before.

3. If you want to change attitudes, teenagers are a great group to reach out to

They are interested in discussing these issues, many are open to change, and they are just beginning to explore relationships. By using school time we can reach more young people and engage important adults in their lives to be positive role models, and by working on gender and relationships, we can help them to develop attitudes and demonstrate behaviours that support more gender-equitable social norms, promote healthy lifestyles and discourage violent behaviour against women (and men).

4. It helps prevent young men who have witnessed domestic violence from continuing the cycle of violence when they are older

The work in schools does not mean just talking about masculinity. CARE’s approach involves providing psycho-social support to young men to help their emotional health. Research shows that the strongest single factor associated with men using violence in relationships is whether they witnessed domestic violence as children. Young men need help recognising what they have witnessed so that they can help break the cycle of violence that could trap them.

5. It can keep kids in school

Emir, one of CARE’s participants in its Young Men Initiative in the Balkans, used to skip school, get into fights and trouble, and seek out the approval of others by doing dares which no one else would do. In his own words, “There was too much violence and negative energy in and around me, and I didn’t know that my life could be any different.” The change came when he joined a ‘Be A Man’ club at school and started reflecting on how harmful and destructive his beliefs were. “Change does not happen overnight,” he says, “but if you want to know yourself and understand others better, you become smarter and learn how to avoid conflict and control yourself.” Emir now describes himself as a better student, a better friend, “and I hope I will be a better man”.

Make this approach part of the curriculum

CARE’s work with young men in the Balkans has helped to reduce tolerance for violence against women (and other men). But crucially, it supports the empowerment of women by challenging the traditional gender roles, norms, structures and relations which combined hold women and girls back. For CARE, engaging men and boys is part of a wider strategy to empower women in order to tackle and overcome poverty – and that’s exactly why making this approach part of the educational curriculum makes sense for all countries, rich and poor alike.

Please take a moment to sign our petition calling for governments attending the Summit to commit to include teaching on gender equality and ending violence against women in their national curriculum.

More in this category: « Domestic worker rights: Why domestic workers are ignored by development experts – and what we’re doing to make them heard Ending sexual violence: A safe toilet is only one, small piece of the jigsaw »