Save the date 10-13 June 2014: CARE at the Ending Sexual Violence in Conflict global summit 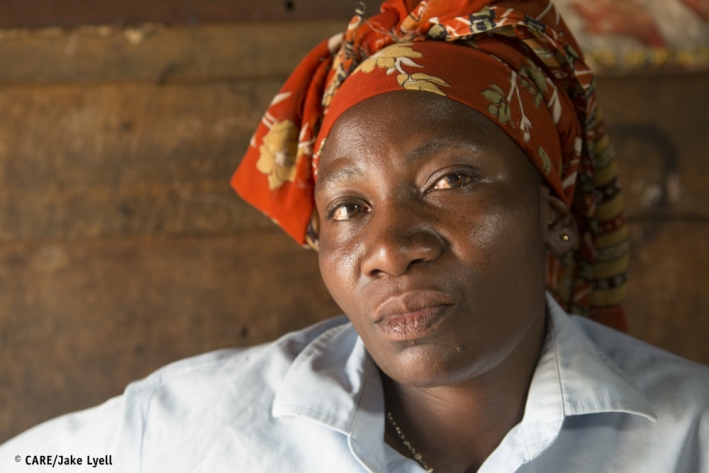 In June, a huge array of governments, NGOs and activists will descend on London for a four day summit aimed at making sexual violence in conflict a war crime as reviled as using chemical weapons or laying landmines. CARE will be at the heart of the action. Here's a preview of what's coming up.

Ending sexual violence in conflict: it's an easy thing to support but a much harder thing to achieve. Knowing this, William Hague, the UK Foreign Secretary, is following up on his G8 initiative last year – which saw over 140 countries sign up to his Preventing Sexual Violence Initiative – with a four day summit in London aimed at mobilising action.

Co-hosted by Angelina Jolie, as Special Envoy for the UN High Commissioner for Refugees, over 2,000 delegates representing each signatory nation plus experts, youth and activists are expected to fill the ExCeL centre from June 10 to 13. The main sessions will focus on tackling the impunity with which women can be, and are, raped in conflict zones around the world, without any fear of consequence for the perpetrators.

An eye-catching announcement will be the launch of a new international protocol governing how evidence of sexual crimes should be gathered and documented to help bring rapists, including men in uniform, to justice. There will also be announcements from individual countries on how they are implementing domestic legislation to investigate and prosecute international crimes, and the plans they have to end the violence and support survivors.

What is CARE doing?

CARE has been a supporter of this initiative from the outset while also arguing that justice is only part of a wider strategy needed to prevent and respond to sexual violence. CARE sits on the steering board advising the government, has hosted a visit by Hague and Jolie to visit projects in the DRC last year, and has been adding our experience on what works and is needed into discussions. Building on our many years of expertise and programming in fighting gender-based violence, CARE will be making specific policy recommendations at the summit, as well as:

We will also be publishing blogs from CARE staff and partners explaining the importance of supporting survivors properly after sexual violence, how engaging men and boys has to be part of a comprehensive approach to preventing violence in the first place, and how the impact of conflict plays out in society, communities, families and homes many years after the armed violence has ended – getting the right kind of trauma therapy is key to ending this destructive cycle.

What can global summits really achieve?

It's a busy time at CARE International UK in London, preparing our ideas and messages so we can help make the summit a success. But why are we going to all this effort? What purpose do these events serve?

At their best, global events such as these can represent a key milestone in the struggle to change the world. They can energise, focus attention, bring voices from communities and government into the same room, put the best ideas in front of those with the most power to act – and crucially, make them respond. They are an opportunity to hold governments to account for past commitments, and with the support of the public and media, they can inform and rally world opinion to new and more powerful resolve on what is right and wrong.

So here is my call to action – come along! Our side events will be among many open to the public at the ExCeL centre and will run alongside the main ministerial discussions. And please follow @careintuk on Twitter to find out more and support us in taking our messages to the heart of global government, as we throw our weight behind ending sexual violence in conflict.

More in this category: « Going about the business of creating social change Women, migration and development: Five reasons why migration is a development issue »