Home // Development Blog // MDGs, progress, challenges and the year ahead: Why 2015 will be a big year for overcoming poverty

MDGs, progress, challenges and the year ahead: Why 2015 will be a big year for overcoming poverty 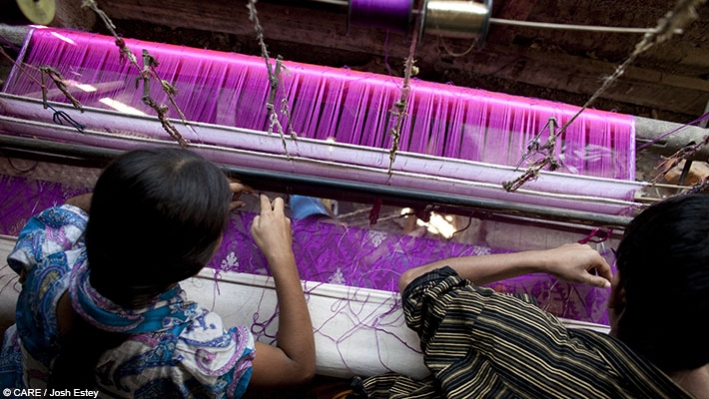 2015 is set to be a big year for CARE and other organisations working to end world poverty. So where are we at, where are we going, and what do we need to do to get there?

There is no doubt that poverty reduction is one of the great success stories of the last 25 years. Even while the global population grew from five billion in 1990 to seven billion people today, the proportion of humankind living in extreme poverty fell from a half to a quarter.

I've written before about the progress that's been made on MDG 1 (eradicate extreme poverty and hunger by halving the proportion of people living on less than $1.25 per day, halving hunger, and ensuring decent jobs for all). Ethiopia met the first target early – the number of people living on less than $1.25 a day fell from 61% in 1990 to 29% in 2008. And contrary to the assumption that this goal has only been met in Asia, a number of other (but not all) African countries are on track to meet the goal.

On MDG 2 (achieve universal primary education), I saw how Tanzania achieved full primary school enrolment five years early. According to the most recent 2014 MDG tracker, most countries in Asia, Latin America and North Africa are on track to meet MDG 2.

More broadly the trends tell us that, where women have been included, poverty has fallen faster since 2000. In areas where women's needs are not addressed, progress falls behind. MDG 5 on maternal health and MDG 3 on gender equality will be achieved in fewer regions of the world than any of the other goals. CARE has long recognised the need to tackle gender equality both as a matter of justice and because it supports poverty reduction. In our Shouhardo programme in Bangladesh, childhood stunting fell at twice the usual rate, due to the fact that the programme focused on women's empowerment.

Will all this progress be affected by the huge humanitarian needs that exist? In 2014, 51.2m were displaced by conflict or disaster – higher than any time since the end of WW2. Arguably, however, the world has learnt to respond better. At CARE, 10 years after the Tsunami, addressing gender, building resilience (pre- and post-emergencies) and being more accountable to the people affected by disasters is now core business.

What have we still got to do (and what will CARE International UK be doing about it)?

Gender: We urgently need to make more progress on gender equality and women's empowerment – which is why CARE is calling for a stand-alone goal on this in the Sustainable Development Goals (SDGs) that will replace the MDGs. Including men and boys in the conversation on gender equality and empowerment is part of our approach. It's something the UN has recognised in its HeForShe campaign. Specifically we will be working in the Great Lakes region of Africa to try and replicate our successful work in the Balkans, challenging traditional notions of masculinity with young men.

Accountability and citizen participation: One of the great things about the MDGs was that they helped us to measure progress. But we want to see poor people themselves able to hold their governments to account for progress. We will have no hope of a new set of goals being implemented without effective systems of national monitoring. CARE excels in building bridges between citizens and local authorities to help spend and monitor budgets and assess the quality of services using community scorecards. A new report produced by CARE and ODI, coming out later this month, will be the first comparative study on the use of scorecards in Africa. We need to use and adapt these models to make the SDGs mean something at national levels and really reach the poorest this time.

The private sector were absent from the last set of goals, but are now recognised as a key partner in fight against poverty. We will be pushing for more inclusive partnerships and also leveraging the power of the private sector for policy changes too (as we are trying to with the Linking For Change Savings Charter). If we really want to both 'transform economies' and 'leave no one behind' then we have to work harder and faster to reach the 2.5 billion unbanked. Without access to financial services such as secure savings and loans, poor people are less able to withstand shocks (illness, droughts, falls in income), less able to invest in the future (for example, paying school or health fees), and held back from working their way out of poverty (such as setting up new businesses, or expanding existing ones). In fact, access to finance could help underpin all the other proposed poverty reduction goals.

CARE is gearing up to ensure 30 million women have access to and control over economic resources by 2020. Access to financial services is central to this and we need to ensure the new targets and indicators on women's access to bank accounts that are suggested in the draft goals are maintained.

2015 will be a big year in the UK too. We are proud that for 10 years there has been a cross-party consensus in Britain on our responsibility and national interest to assist the world's poorest and most vulnerable people. Will this political and public support continue?

At CIUK we will be working hard to ensure it does. We will continue to engage the public through our peer-to-peer lending site Lendwithcare.org which is both helping to fund development differently and engage new supporters. We will also be mobilising the public to show solidarity with women and girls on International Women's Day on 8 March through our Walk In her Shoes campaign.

I'm looking forward to blogging about more of the above over the coming months... Happy New Year and keep watching this space...

More in this category: « Ending sexual violence during and after conflict: Sharing lessons from the Great Lakes Advocacy Initiative The last consultation... Closing the input stage of the World Humanitarian Summit »