Home // Development Blog // The learning behind the numbers: How CARE is helping prevent gender based violence

The learning behind the numbers: How CARE is helping prevent gender based violence 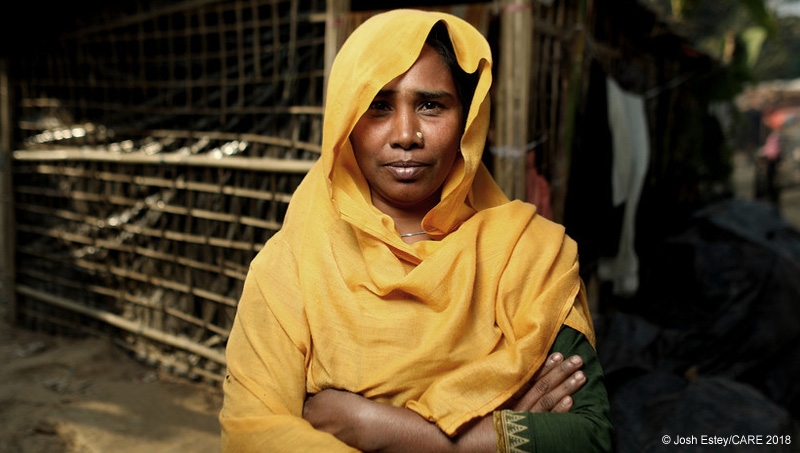 Hasina at refugee camp in Bangladesh where CARE has set up women friendly spaces.

More than one in three women worldwide (35%) experiences physical or sexual violence in her lifetime; in some countries, the prevalence is as high as 70%. Gender based violence (GBV) is one of the most widespread and damaging violations of human rights in the world, but we’re starting to see some real progress in our efforts to promote a right to a “Life free from violence”.

CARE’s impact data now shows that together with our partners, we have contributed to more than a quarter of a million women and men changing their attitudes on GBV. So, what are we learning from our most successful work to prevent GBV? How are we fostering individual, family and community-level change so that it never happens in the first place? Here’s a few insights from evaluations and the lessons highlighted by project teams.

What impacts are we seeing?

Acceptance of violence is declining:

Rates of violence are also falling:

Some female partners of couples and a few staff members discussed how women’s self-confidence improved though learning about their power within: “Now I openly speak out and I use the power that I have in me and I feel there is something that I can do to make my family developed. That is a very big thing”

The gender tools in the Pathways Farmer Field School and Business (FFBS) approach, for example, help men and women reflect on harmony in the household, domestic workload sharing, and access to and control of resources. Intimacy and harmony in the relationship was one of 6 categories of change in Pathways’ use of Outcome Mapping: for each category, project participants then defined the changes they would expect, like and love to see, and the progress they were making towards these “progress markers”.

See the evaluation reports on Pathways in India, Malawi, Tanzania, Tanzania, SHOUHARDO II in Bangladesh, Umugore Arumvwa in Rwanda, the Urban Migrant program in Myanmar, WE-RISE in Ethiopia, Malawi and Tanzania, the Indashyikirwa project in Rwanda Insights In-depth page, and the website for the Young Men’s Initiative in the Balkans. Further information on CARE’s work to tackle GBV is also available on the CARE USA, CARE UK and CARE Australia’s websites.

Donors supporting this work include: the Australian Government (WE-RISE in Ethiopia, Malawi and Tanzania, and Improve access to safe employment for Migrant Women in Urban Myanmar); the Austrian and Swiss Governments and the Oak Foundation (Young Men Initiative, in Albania, Bosnia & Herzegovina, Kosovo and Serbia); the Bill & Melinda Gates Foundation (Pathways, in India, Malawi, Mali and Tanzania); the European Union (Umugore Arumvwa in Rwanda); and the US Government (SHOUHARDO II in Bangladesh). The DFID-funded Indashyikirwa project in Rwanda is also expected to generate evidence of significant impact on intimate partner violence, through the quantitative and qualitative evaluations carried out by the What Works to Prevent Violence Against Women and Girls research programme.

I joined CARE nearly 20 years ago, in 1999, and have worked managing and leading programs in the UK, Peru and Zambia, and now in the Programmes Team of the International Secretariat. Working from home in the UK, my current role is to support CARE’s teams around the world in generating, sharing and applying knowledge and learning. I coordinate CARE’s efforts to quantify and analyse our global evidence base, towards the global targets for impact we have set ourselves in CARE’s 2020 Program Strategy. But I’m particularly interested in drawing out the learning behind these impact numbers, so as to identify good practices and lessons to be incorporated into our global, regional and country programming strategies. Before working with CARE, I worked with social movements and local NGOs in Central America, and international development and conflict resolution NGOs in the UK.

More in this category: « SG2018: Key learning from POWER Africa about the power of Savings Groups Trump visit to the UK: How about working together on women’s rights? »