The right type of microfinance 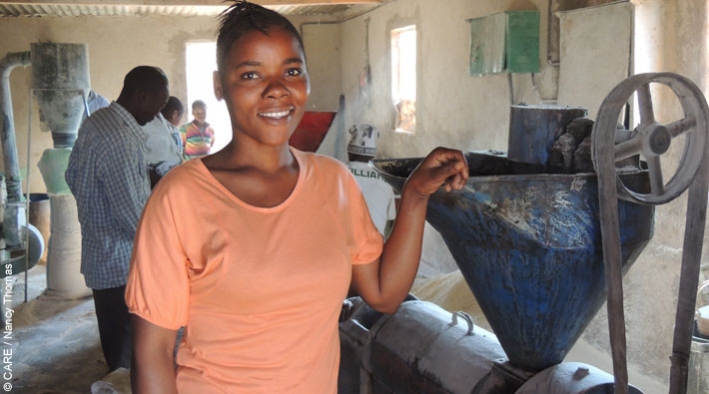 Nyangu Sakala, who was supported by a loan from Lendwithcare, runs a business grinding maize into flour and sunflower seeds into oil

In recent years there’s been a steady stream of media articles questioning the benefits of microfinance, with some critics even arguing that not only does microfinance not benefit the poor, it actually makes them poorer. How should those of us involved in supporting the access of poor people to financial services respond? Is what we are doing actually helping the poor? Is the criticism of microfinance justified? Here are some personal thoughts.

1. The difference between microcredit and microfinance

To start with we need to distinguish between ‘microcredit’ (the provision of small loans) and ‘microfinance’ (the provision of small loans, savings facilities, insurance, and money transfer, often accompanied by business training and other non-financial services). Unfortunately, the terms are sometimes used interchangeably, with some critics decrying the usefulness of microcredit while employing the term microfinance. It’s not clear, therefore, whether their criticism is limited to microcredit or whether in fact they are also casting doubt on the usefulness of savings, insurance and money transfer.

2. Microfinance alone cannot solve all the problems of poverty

Poverty is multidimensional and includes poor health, lack of education and skills, inadequate living conditions, and the threat of violence, as well as lack of income and the poor quality of work. In this complex environment, while microfinance may help, it is unrealistic to expect a single intervention by itself to address all these other issues and dramatically change poor people’s lives.

3. Microfinance is just one part of the jigsaw

Undoubtedly some proponents of microfinance (not always practitioners, it is important to note) have in the past exaggerated the supposed benefits of microfinance – and of course, critical, empirically-based analysis is always welcome. In this regard, when microfinance is supported through public funding or charitable grants, it should always be considered alongside other development interventions such as the provision of drinking water, vaccination campaigns, investments in post-harvest technology and other rural infrastructure, to see which investments actually improve poor people’s lives the most and which are the most cost-effective.

4. Microfinance doesn’t happen in a vacuum

We cannot assume that everyone who is a recipient of a small loan has the necessary entrepreneurial skills to run a business. Even for those individuals that do, there are often only a limited number of economic activities available to them. It is perhaps unreasonable therefore to always expect poor people to directly create long-term improvement in their lives through a loan, when they are ill-equipped to manage a business and/or they face a high level of competition in ‘saturated’ markets.

It used to be the case that microfinance was provided largely by organisations with a strong social development mission which typically revolved around ‘alleviating poverty’ or ‘increasing women’s empowerment’. The provision of microfinance was a means to an end, not an end in itself. Some of the organisations were even owned and managed by their members. However, as microfinance became more widespread, organisations with solely commercial objectives (including some who can best be described as ‘payday lenders’) became much more involved, and rather than promoting productive activities, they have often tended to fund ‘consumption’. Without doubt most microfinance nowadays is provided by the latter – so why would we expect them to ‘alleviate poverty’ or ‘increase women’s empowerment’?

I have just returned from a visit to Zimbabwe where an official from the central bank informed me that in their opinion more than 90% of the institutions involved in providing microfinance in Zimbabwe were actually payday lenders and only a handful were ‘development-oriented’. Microfinance institutions have differing motives, differing objectives, differing methodologies, differing ownership and operating structures – such that I often feel they have nothing in common other than they claim to provide financial services for the poor. In this regard, some of the claimed negative impacts of microfinance, such as high interest rates, over-indebtedness, saturated markets, worsening gender relations, etc, are not necessarily criticisms of microfinance per se but rather the manner in which it has been delivered.

6. The motives of the provider can influence the outcome

Certainly as an empirical exercise, it would be interesting to observe whether the impact of microfinance differs according to the type of provider. My belief is that impact would differ – since organisations that prioritise social development, such as those that partner with Lendwithcare, often accompany the provision of a wide range of financial services with training in basic book-keeping and business management, promote collective mobilisation, provide training in how to improve agricultural yields, adhere to codes of consumer conduct, as well as raise awareness on issues such as domestic violence and preventing the spread of malaria and HIV – all steps in the right direction towards poor people becoming empowered to address the multiple challenges they face in overcoming poverty.

The empirical evidence is far more positive when it comes to analysing the impact of finance on small and medium-sized enterprises (SMEs) on improving poor people’s lives and stimulating economic growth. The growth and development of SMEs tends to create waged employment opportunities for poor people. Many microfinance organisations do of course support SMEs as well as smaller micro-entrepreneurs.

8. The right type of microfinance

Poor people have a need for financial services – indeed, because of their lack of assets and economic vulnerability, perhaps even more so than other categories of the population. However, for it to have the best chances of improving their lives, it needs to be the right type of microfinance.

More in this category: « Financing for Development Conference: what will it do for women’s economic empowerment? (Answer: potentially quite a lot...) CARE International’s submission to the World Bank Gender Strategy consultation »