The importance of a faith-inclusive approach to development 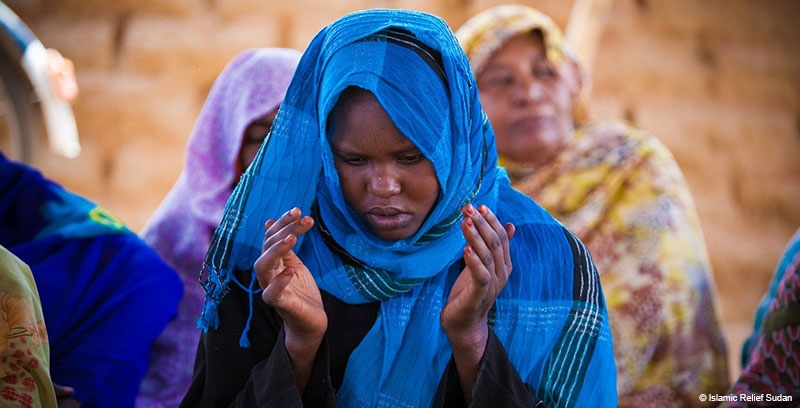 Faith is central to the lives of many people living in poverty. It is often the lens through which they view the world and a way for them to make sense of life’s experiences. However, this reality is rarely acknowledged, much less invested in or harnessed by many international development organisations. Instead, faith is often either ignored or perceived to have a negative influence, particularly in relation to Muslim communities. We feel that that these views arise from a lack of understanding.

We co-edited a recently published book entitled Islam and Development: Insights for Working with Muslim Communities. It outlines Islamic perspectives on a range of development issues such as forced migration and refugees, safeguarding and child welfare, gender-based violence, climate change and peacebuilding and conflict resolution. We felt it was important to move beyond speaking about Islamic values and discuss applied ethics. Therefore, the book includes analysis of successful projects that have respected and incorporated Islamic teachings into their design and delivery and demonstrated how development organisations and Muslim communities can work together to effect meaningful and sustainable change.

We argue that Islamic teachings encourage us to move beyond addressing the basic needs of those living in poverty, to also promoting rights and behavioural change as well as meeting spiritual needs. We hope that these analyses encourage practitioners, researchers and policy makers to better understand, explore and utilise faith as a resource that has immense potential to promote better development outcomes in Muslim communities.

The need to adopt a more faith inclusive development approach is increasingly important. Muslims comprise 1.8 billion people, or approximately one-quarter of the world’s population. However, they comprise an even greater proportion of those categorised as living in poverty, receiving humanitarian aid, living as refugees and residing in areas of conflict. Unsurprisingly, therefore, Muslim communities are the focus for much of the world’s international humanitarian and development assistance. According to the Organisation for Co-operation and Economic Development (OECD) nine of the top ten recipients of Official Development Assistance (ODA) are Muslim majority countries or those with significant Muslim populations. Muslims are also the principal beneficiaries of assistance provided by countries belonging to the Gulf Cooperation Council and Muslim faith-based organisations from the United Kingdom and elsewhere.

At a time when development and humanitarian agencies are re-examining issues of identity, legitimacy and diversity, we hope that this book stimulates further discussion about the importance of faith in development strategies, particularly when engaging with Muslim communities, institutions and faith leaders. We also hope that it encourages a wider range of faith-based agencies to articulate their perspectives and have their voices heard. If development is to progress, then we must better understand the world from the perspective of those we are seeking to support, and promote more integral, inclusive and community appropriate strategies.