Home // Development Blog // Why mix with the Davos fat cats when you fight for the poorest?

Why mix with the Davos fat cats when you fight for the poorest? 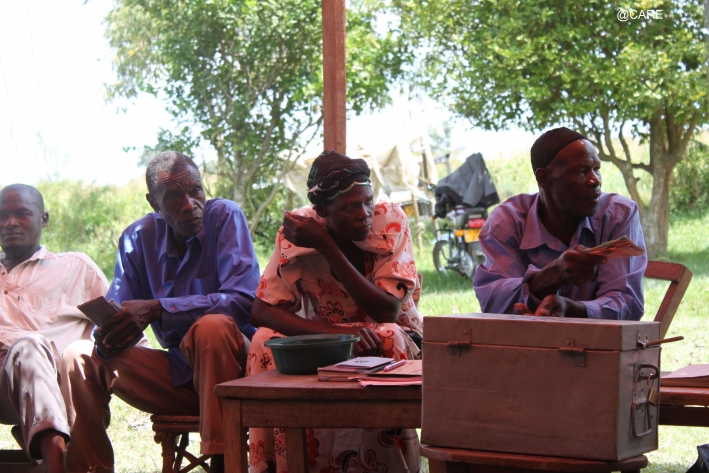 What will Davos really mean for the world's poor? @CARE

I can’t help but have lingering doubts about Davos’ legitimacy. Oxfam’s great report on inequality talks about the dangers of ‘power capture’ by the elite. Surely Davos is just another example of this - a group of mostly unelected actors setting the global agenda. But then again…

The more I dig around the more I think this gathering that seeks to ‘improve the state of the world’ is actually a cross between party conference season, the Hay on Wye literary festival and an academic retreat, rather than, as most seem to think, an event that replicates the infamous Bilderberg group meeting.

I spent a bit of time wiki’ing the founder of Davos, a German economist called Klaus Shwarb, who set up the meeting back in 1971. Turns out he was an early advocate of the concept of shared value. He publishes an annual Global Competitiveness Report , which assesses the potential for increasing productivity and economic growth of countries around the world, measuring competitiveness not only in terms of productivity but also based on sustainability criteria.

Schwab also developed the "stakeholder" management approach which attributed corporate success on managers taking account of all interests: not merely shareholders, clients and customers, but also employees and the communities within which the firm is situated, including governments. This belief clearly reflects the multi stakeholder nature of Davos – which whilst still dominated by business (1544 reps if I added these correctly) also includes a hefty 1,009 reps from civil society, media, international organizations and academia.

So what has his gathering achieved? Well if the hype is to be believed, this neutral venue has over the last 40 years or so, led to The Davos Declaration signed in 1988 by Greece and Turkey, helping them turn back from the brink of war. In 1992, South African President F. W. de Klerk met with Nelson Mandela and Chief Mangosuthu Buthelezi at the annual meeting, their first joint appearance outside South Africa. At the 1994 annual meeting, Israeli Foreign Minister Shimon Peres and PLO Chairman Yasser Arafat reached a draft agreement on Gaza and Jericho.

The Global Health Initiative was launched by Kofi Annan at the Annual Meeting in 2002. The GHI's mission was to engage businesses in public-private partnerships to tackle HIV/AIDS, tuberculosis, malaria and health systems. And each year the WEF think tank machinery churns out reports on issues including ‘the global gender gap, ‘global risks’, ‘IT trends’ and ‘trade enabling environments’ that all help set various government agendas.

That is not to say there aren’t big problems with this event: the pathetic representation of women (only 17% despite quota’ being set), the dominance of US and European companies (still). Although there are the regional WEFs in Africa, Asia etc now too, and the costs of attending and accessing such a remote location (5 hour train journey from Geneva, 3 hour train from Zurich) not to mention the amounts corporates must spend on lavish dinners etc.

Two things I’d like to see this year’s Davos tackle:

1. ‘An insurgency over the lamentable progress in Syria’ – the words of former Foreign Minister Lord Malloch Brown at a recent FT ‘pre Davos predictions event’

2. Let’s also hope that the Plan B team's rallying cry to drive inclusive, sustainable prosperity, given the planetary emergency we face, will help us realise an ambitious set of Sustainable Development Goals that will ‘call into question the very purpose of business in the 21st century’.

CARE International UK is at Davos

So, there does seem to be a little bit more to Davos than ‘fat cats in the snow’ as Bono put it. What do you think? I’ll reflect on what it was actually like after the event and decide if we should change tack and re-instigate protests next year.

More in this category: « Shelter in emergencies: What we can learn from self-recovery in Vanuatu? When the soldiers come home: How to work with men and boys to stop the cycle of violence when war ends »