Big business: a catalyst for a more impactful MDG agenda? 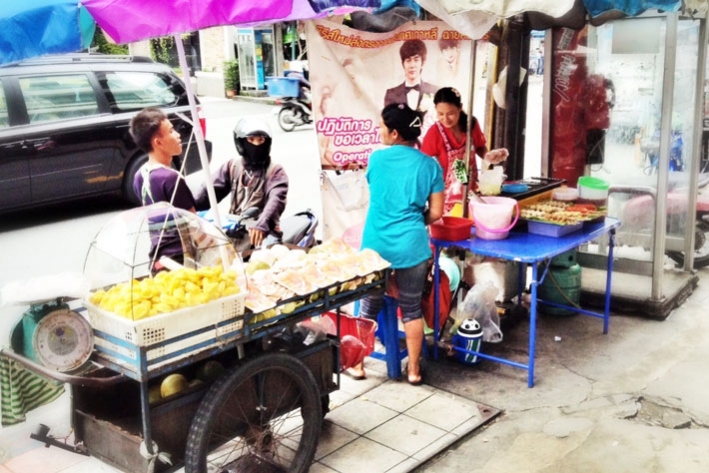 Increasingly seen as integral to sustainable development, the private sector is carving out a more prominent role for itself in a post-2015 MDG agenda.

The premise for this is that, by leveraging big businesses and the markets within which they operate, opportunities for the world’s most vulnerable can be unlocked. It’s a bold vision, but the truth is that those companies who have already entered the fray still have their hardest work ahead of them.

Last week I was in Bangkok, speaking at CSR Asia’s 2013 Summit, which this year focused on responsible growth and inclusive development. On a panel with me - to discuss the role of business in a post-2015 Millennium Development Goal (MDG) agenda - were two of CARE’s corporate partners, GlaxoSmithKline (GSK) and Levi Strauss.

Many people I spoke to at the Summit echoed this starting premise as a fait au complet in terms of the post-2015 MDG agenda: the private sector must play a more central role in the design, development and implementation of future goals.

The first round of MDGS

Big business was largely absent from the discussions when the current MDGs were conceived in 2000. Since then, many large corporations have adopted aspects from the MDG framework. In particular, using the more lofty MDG 8 of forging “global partnerships” as a platform.

In some cases, a focus on regulation has also driven the involvement of the private sector in the international development agenda. In others, the rise of corporate social responsibility (CSR) has galvanised efforts.

The overall result being that big business has been actively keyed into social and environmental issues. Wind forward to 2013, and business leaders such as Unilever’s Paul Polman have a prominent seat at the table, proactively driving the debate around future goals.

CARE’s engagement with the private sector

Across CARE International, and ever more present in our relationships with the likes of GSK and Levis, the idea that business can be a force for change, in the context of international development, is also being reaffirmed year on year.

For CARE, supporting ways that the private sector can positively impact on the lives of producers, consumers and employees  in some of the world’s poorest countries – through such things as improved access to finance, skills, market information, and better standards of welfare in the workplace - is the point of departure for our relationships and collaborations with business.

Inclusive business models, and the concept of businesses spear-heading what the company FSG coined as Shared Value – tackling social and environmental issues through innovation and core business objectives – is catching on as part of a new paradigm shift, and one which places business much more in the driving seat.

On the surface then, there is an emerging consensus that the private sector’s role in the next set of MDGs is important. A promising consensus indeed, but there are pitfalls.

The lines of accountability related to CSR and inclusive business are opaque. Whilst businesses can internally enforce more responsible practice in their own workplaces, or even directly with their suppliers, where does this commitment and accountability stop when a supply chain (such as the ones typically found in the ready-made garment sector that companies like Levis operate within) has multiple layers to it, stretching out into completely unregulated and informal sectors of rural Asia?

Make no mistake, large companies who are selling products, offering services, or procuring goods, and whose global supply chains are a vast network of complex transactions, have a difficult course to chart when it comes to making impactful commitments to issues relating to society as a whole.

Both Levis and GSK acknowledged this clearly and publically last week, and they were honest about how their respective actions to address all these complexities - in a way that will deliver positive social and environmental returns - will mean they will continue to face operational and reputational hurdles along the way.

There is a long way still to go in this journey, however it was apparent from listening to companies in Bangkok that many of them do not feel this is a journey for which they can turn back.

This week, in New York, the United Nations are immersed in another round of talks about these very issues, as they digest several reports recently commissioned, including the high-level panel on the post-2015 development agenda co-chaired by David Cameron, and in which the role of business in future goals was made clearer than ever before, with the report underscoring from the start “the potential of private business to create more value and drive sustainable and inclusive growth.”

Big business remains well placed to play a more impactful role in the post-2015 agenda, and organisations such as CARE will continue to explore ways in which we can ensure this role is delivering for some of society’s most marginalised groups.

The debates must continue, and be made more public.  Embracing innovation, new business models, and a renewed spirit for partnership working can each help make a difference. However, what remains unclear still is, given many of the complexities that exist, just how truly catalytic the role of business will be in successfully realising the next set of global development goals.

More in this category: « World Humanitarian Summit: “Let’s be bold together” Syria conflict: the consequences of inadequate funding »