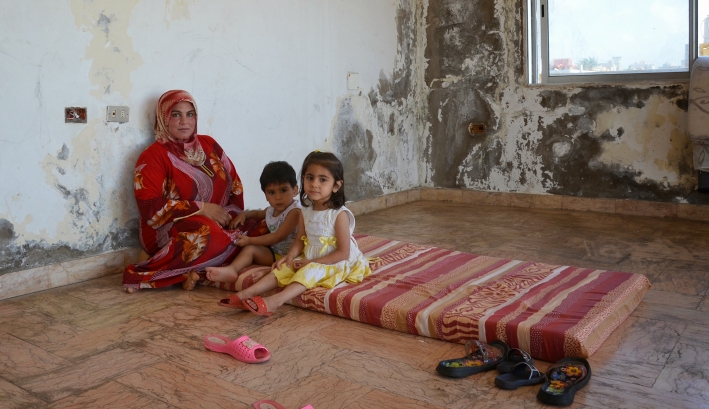 Today, the United Nations and aid agencies like CARE launched a new regional response plan and funding appeal for the Syrian crisis. The needs are vast. Over one third of the population in Syria has been forced to leave their homes. One in three children has lost or become separated from their fathers.

The appeal seeks to assist 660,000 refugees in camps, 3.44 million refugees in urban and rural areas, and 2.7 million people in host communities. It calls for US$6.5 billion. That is US$2 billion more than the current plan, which was only 69 per cent met.

Sadly, seemingly intractable crises like the Syrian conflict attract less funding than major natural disasters like the Asian tsunami or the recent typhoon in the Philippines. Most worryingly, we have heard rumours that some donor nations have hit the ceiling on their projected contributions to the crisis. Wealthy nations need to break this pattern for the sake of the many millions affected by the horrific war in Syria.

The consequences of inadequate funding

This can be illustrated by its impact on CARE's work. In Lebanon, we support almost 2,000 refugee households in Mount Lebanon and North Governorates with shelter, blankets and cash to purchase essentials like fuel and stoves. This includes over 1,200 families in informal tented settlements in Minnieh-Dinnieh district, around 20 minutes by car from Tripoli. It helps, but it's not enough.

Of the US$100 million required to adequately assist refugees in the countries where CARE works, we are currently only one quarter funded. My colleagues and Syrian refugee volunteers in Amman have to explain to refugees in our urban centers every day that CARE cannot help them owing to limited resources and the necessity of first assisting the most vulnerable of the vulnerable.

Beyond the amount of funding made available, the international community needs to address four critical challenges for aid on the ground:

First, life-saving humanitarian projects are an immediate priority but host governments in neighbouring countries also badly need development aid to cope. Their infrastructure and basic services, like health or water and sanitation, are stretched to breaking point. What's more, aid to the host communities and refugee populations could be more joined up.

In Lebanon, CARE is supporting municipalities in improving their water and sanitation systems. Fixing water tanks in houses is not enough, if the cities cannot provide enough water any more to supply 10,000 additional households. They face common challenges that require coherent responses, whether that is in the shape of social safety nets or schools adapting to cope with the refugee influx. Stresses and trauma arising from the experience of war and displacement are also creating tensions both within and across host and refugee communities which must be addressed to avoid worsened conflict.

Second, economic impacts on both host countries and refugees need greater attention and longer-term thinking and planning. A recent assessment by the World Bank in Lebanon paints an alarming picture of trade and financial losses running to billions of dollars and 170,000 Lebanese newly pushed into poverty.

In Jordan, a CARE survey of refugees in urban areas found that over 70 per cent have already fallen into debt which they have no foreseeable means to repay. Depletion of savings, the inflated cost of housing, and fears of eviction have altered their coping strategies too – causing many to reduce the quantity and quality of food they consume, with knock-on consequences for their health, especially in harsh winter conditions. Short-term humanitarian projects cannot substitute for essential support to the livelihoods of host and refugee communities alike.

3. Aid needs to address needs of different sections of the population

Third, aid efforts need to more effectively address the specific needs and vulnerabilities of different sections of the affected population. Media attention has gravitated to horrifying reports of sexual violence as a tactic of war and child marriage amongst refugee families unable to provide for their own. These forms of violence are amongst the most insidious and devastating consequences of the conflict.

Yet, assessments by CARE point to a broader and more complex picture of how the crisis is affecting men and women, boys and girls, differently. Women refer to how insecurity means they are increasingly isolated and girls drop out of education. Men point to how displacement has led to a deep-rooted frustration and loss of dignity linked to their inability to fulfil traditional roles as fathers and family providers. Other displaced and minority groups like Palestinians, Iraqis and Roma are also vulnerable in specific ways which are inadequately addressed by current aid strategies.

Fourth, aid agencies face multiple obstacles to delivering life-saving help to communities inside Syria. The UN Security Council agreed a Presidential Statement calling on parties to the conflict to open up access and enable aid to get through in early October. Some progress has been made, but it is not enough.

A polio epidemic is emerging that poses a major public health risk. Parties to the conflict could agree to vaccination ceasefires so that all children urgently needing the vaccine can receive it. The clock is ticking and continued obstruction may condemn thousands of Syrian children to paralysis and lives of disability, as well as risking a reversal of gains made in eradicating polio in the region and beyond.

Crises at the scale of what has unfolded in Syria and neighbouring countries inevitably upset all norms and test the capacity of all organisations to respond, national or international. There can be no humanitarian solutions for what is fundamentally a political crisis. Yet as we head towards the third anniversary of the uprising in Syria, the international community does need to be asking itself: are we doing enough to assist those affected, and how can we do this better?

More in this category: « Big business: a catalyst for a more impactful MDG agenda? Five reasons to apply for the EMPHASIS Women, Migration and Development Internship at CARE International UK »