Home // Development Blog // Corporate Social Responsibility: What is the future of CSR?

Corporate Social Responsibility: What is the future of CSR? 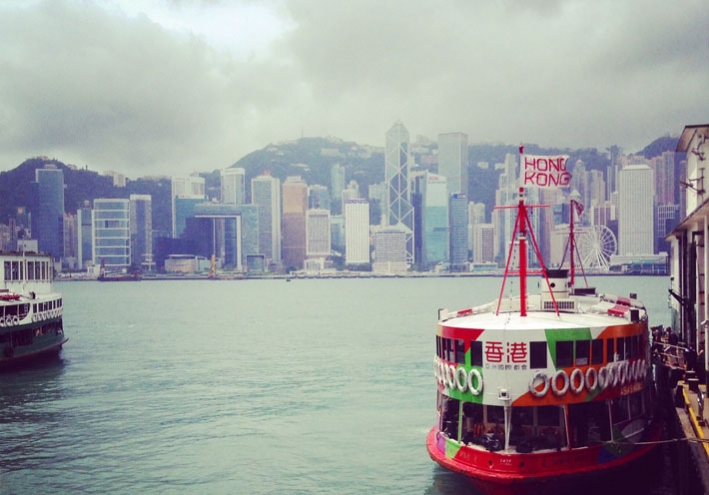 Corporate Social Responsibility has been with us for over 20 years – but genuine uptake of CSR by the corporate sector, either conceptually or in practice, is still low. Can CSR cut it any more? And if so, how can the private sector help bring true change to the global balance sheet of poverty, inequality and social injustice?

The sight of Hong Kong’s vast oblong buildings, stood proud and squashed in front of a backdrop of dark green mountains and low lying clouds, never ceases to take my breath away.

I was in Hong Kong again to speak at the annual CSR Asia Summit, holed up, as these things always are, in varying degrees of 4 or 5 star hotel finery, glacial air conditioning and windowless rooms.

CSR Asia is a strong and competent outfit, and I continue to support their ethic, their commitment to the cause, and their ability to organise a sizeable networking bash. Over 500 delegates attended Day 1 on 16 September and, contrary to previous Summits, I felt that much more ‘bang for the buck’ was to be had at the opening plenary sessions. Controversial Q&As were pitched to the likes of Coca-Cola (who handled themselves well) and much more depth was to be found in many of the other sessions to which I went along.

In spite of such positives, the one problem CSR Asia has, it seems to me, is ‘CSR’ itself.

Part of the DNA?

Corporate Social Responsibility is over 20 years old – if not more, depending on your reference point – and whilst this year’s event recognised that any genuine uptake of CSR, conceptually and in practice, by the corporate sector is still low, it was noticeable that many of those seasoned practitioners in the room have stumbled upon the conclusion that CSR does not, in fact, quite cut it anymore.

A decade ago when I worked for Business in the Community, advising companies on CSR issues, the same narrative was echoed: CSR should not be just an ‘add-on’ to a company’s core offering to the world – it should be part of a company’s ‘DNA’. Everyone today still likes to use the DNA phrase, and it can be a useful metaphor, differentiating good practice from bad.

CSR originally referred to how a company operated in the marketplace, workplace, and within communities and the environment. These quadrants are still smart framers to deploy, but the clear call-to-action coming from many of this year’s Summit delegates was that responsible business practice shouldn’t be a ‘nice-to-have’ but, instead, be simply how a company goes about doing business.

The message in the halls of the Kowloon Shangri-La last week was that if a company really is to have a shot at increasing profits, recruiting new employees and retaining existing ones, and ultimately sustaining their business footprint – particularly if that footprint is in one of the many emerging economies across the Asia Pacific region – then it is imperative that CSR must take on a new form. Ideally, to quote several speakers, CSR wouldn’t need to exist at all.

Perhaps anticipating a radical change to the very thing that CSR Asia is all about, the organisers asked speakers this year to vision what the next 10 years would bring in terms of CSR. Responses to this included:

This all makes sense on the surface, but perhaps what is called for is a more systemic shift in terms of our speed at embracing such a vision.

What would it take, for example, to engineer a sea change, across the leaders of industry in our world, in terms of their attitudes, understanding, and commitment to resolving issues and bringing about true change to the lives of the many billions of vulnerable people with whom we share society?

This means change at the most far-reaching and profound level, which puts marginalised and under-represented populations first – the very same populations who are critical to the manufacture and (increasingly) the consumption of the products and services that make up the world’s markets.

There is a role to be played by those entities, such as CSR Asia, passionate about the issues and willing to host smart, high-brow events. But, who are we kidding, such events still represent the thinnest of wedge ends, and we need to see a whole lot more happening.

Governments embedding equitable regulation to service better their citizens in need. Companies going beyond acquiring a social license to operate in developing countries, and investing in innovative ways of ensuring their procurement, manufacturing and distribution operations are offering fairer deals to those at the bottom of the value chain (where producers and suppliers alike will typically be earning exponentially less than they deserve).

NGOs, too, must step up and find ways of representing the needs of local communities. At CARE International, we are open to cross-sector collaboration, and keen to find ways of channeling our expertise alongside the resources and capabilities of the private sector. But we still have a way to go before we are truly leveraging all the opportunities that might exist out there. CARE needs to invest more purposefully in this pursuit, and I was buoyed by the sentiments of other peer NGOs this week, who feel the same.

However you contextualise some of these issues and dynamics, the same square seems to always circle:

CSR, when understood for what it can achieve, is helping identify solutions, raise standards, and (alongside other movements) chart a clearer path forward, in terms of the role of the private sector in development.

However, if the discussions in Hong Kong last week are anything to go by, the last 20 years of such efforts should be seen only as a prelude to what is still required if we are to be the generation that makes a difference and changes our existing paradigm – one whose skyline is dominated by the pervading towers of poverty, inequality and social injustice.

More in this category: « World Humanitarian Summit: Local civil society is an effective humanitarian actor Beyond 2015 for Women, Peace and Security »