Home // Development Blog // Do we need to put the Politics back into Conflict Analysis?

Do we need to put the Politics back into Conflict Analysis? 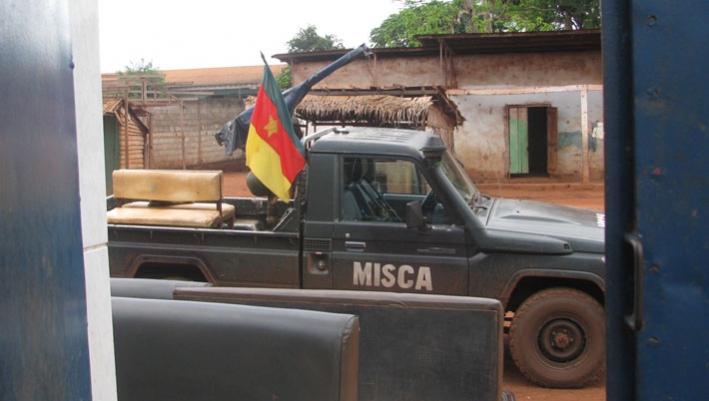 Struggles over power and violent conflict are seemingly synonymous but are most frameworks for analysing conflict weak at analysing power? And what can peacebuilders learn from recent discussions on political analysis?

So summed up Owen Barder when discussing Daron Acemoglu and James Robinson’s book Why Nations Fail last year. It was a thought that kept recurring when I read David Hudson and Adrien Leftwich’s new research paper entitled From Political Economy to Political Analysis. (See Duncan Green’s useful summary on his blog.)

The task I set myself as I read the lengthy paper was to see what elements of their analysis framework could inform approaches to conflict analysis commonly in use in our sector. In a nutshell, Hudson and Leftwich argue that the influence of the economics discipline on contextual analysis has been too great, and it is time to rediscover other key factors in driving change.

But given that conflict analysts are arguably still struggling to fully adopt the lessons from political economy analysis into our frameworks, ideas that are now 15 years old, how far behind are we from this new direction? Have we got this development covered already or do we need to start redesigning our approach?

To make sense of the challenge we need to step back and see what we already do have. Classic conflict analysis typically divides inquiries into three or four areas. First, an understanding of actors and their relationships with each other; second, an understanding of the structural roots of the conflict including the core problems being fought over, its own origins and how the conflict is manifested; and third, conflict dynamics, or the level of violence going back over long longer periods of time than the immediate crisis. A fourth area of inquiry might be scenario planning where the analysis predicts possible outcomes of current trends. Explanations for conflict that emerge focus on identifying the unique cocktail of ‘Greed and Grievances’ that hold in any specific conflict.

Analysis frameworks are changing all the time however, and many have deepened the focus further in one direction or another over the years. Ten years ago the World Vision tool, Making Sense of Turbulent Contexts (soon to be a book), inserted lines of inquiry on the competition and control of economic resources, deepening the focus on the incentives and interests that actors have to engage and remain engaged in armed conflict – in other words, the Greed. This was a deliberate response to the criticism that conflict analysis left out political economy analysis, especially the idea that actors were rationally choosing to fight each other to maximise their personal wealth.

The UK Government’s Joint Analysis for Conflict and Stability (JACS) framework designed in 2012 meanwhile looked at ‘Institutional and Resilience Factors’, which can serve to prevent conflict or slow its onset. USAID’s conflict framework also looked at institutions and their performance, not only as organisations but as patterns of behaviour that establish the ‘rules of the game’ in any particular context. (For more on formal and informal institutions see the useful text box below, contributed by CARE’s governance team, to help unpack the concepts.) Both approaches came soon after the seminal World Bank 2011 Development Report that pointed at formal and informal institutions as the critical determinant of a state’s fragility.

So what, if anything, is missing?

No space for ideas

Hudson and Leftwich’s paper challenges us to look beyond institutions as simply providing economic incentives to apparently rational actors to act positively or negatively. Instead the lesson for conflict analysts is to ensure space is left for a full political analysis which digs down into ‘messy everyday politics’, which is as much a battle of ideas as it is of people competing for resources. They call for a renewed focus on examining how power is forged in the relationships between both actors and institutions and embedded in both, the importance of ideas that shape these relationships, and how the rules of the game themselves are constantly changing as they are contested and fought over.

This feels new, and I suspect that by not focusing on power, defining it, or systematically looking for it in both actors and institutions, many conflict analyses have also missed it completely from their equation. Just focusing on ideas for example, how much space is there in current conflict analysis frameworks to explore how they both live in institutions and drive behaviour?  In the classic conflict analysis ideas would be lost somewhere between the actor mapping and the structural section, without bringing them together.

Taking the idea of communal conflict in South Sudan, a full analysis would need to delve into ideas around masculinity, cattle raiding as an institutional rite of passage, and the gender roles in society that strongly influence patterns of behaviour including in conflict. The authors point out that we follow these ‘rules of the game’ most often not because of any deep conviction but because of what we see as normal. So, if you want to change institutions you need to first identify and then challenge what is accepted as normal.

When moving from analysis to action, for instance on examining how women can engage in the South Sudan peace talks in Addis Ababa, we need to be prepared to change institutional blockers by winning the battle of ideas. One would be on how arms and power are linked -  rules of power which currently exclude unarmed actors such as women or civil society voices from meaningful participation in discussions. Certainly actors and institutions will have economic incentives to exclude greater numbers of interest groups from peace-talks, but they are imbued with and being driven by other things also, such as ideas of symbolism, gender rights and wrongs, decision-making protocols and what establishes status, and these can be contested and changed. Thinking politically is also about recognising that these institutions are not static, and there will be key moments and opportunities where these ideas are more open to change; and seizing those opportunities.

Throughout their paper Hudson and Leftwich claim they are not focused on giving policy-makers or practitioners the answer to ‘what to do on Monday morning’, but rather an approach to working that out for themselves. Their paper was not aimed at conflict analysis so that leaves us with a fair bit of work to do to translate it into new tools, and indeed taking the analysis and using it in programmes. I wonder how others are responding to their challenge of bringing politics more clearly into conflict analysis. Have sets of new questions for inquiry begun being drawn up, or additional templates created for standard analysis? A question for CARE’s own governance team is how they are building this into their institutional analysis framework, how much of this is new? Answers welcomed in the Comments box below, especially if you think I’ve got my thinking wrong!

The difference between formal and informal institutions

Institutions are the ‘societal “rules of the game” that shape and constrain human interaction and individual choices’ (World Bank). These rules can be formal or informal.

Formal institutions are codified and (generally) expressed in written rules; these include constitutions, laws, decrees, regulations and policies. Power and control over resources resides in those with a de jure mandate. There are usually formal mechanisms for implementation and explicit sanctions to make them effective.

Informal institutions are informally codified and (generally) expressed as unwritten rules; these include traditions, social norms and cultural practices. Power and control over resources resides in those with a de facto mandate, which is achieved through legitimacy of kinship/ethnic/religious ties or hierarchies, by political settlement between different groups, or even usurped through superior force. Informal institutions both precede and exist in parallel with formal institutions, and they sometimes emerge to replace them when these rules are not widely accepted or enforced, or when those that have the mandate to enforce them (eg the state) have low legitimacy or capacity. Informal institutions are often enforced through social shunning, ostracism, quasi-legal redress mechanisms or sometimes even threats and the use of violence.

More in this category: « Hanging by a thread: Workers’ rights and lives What does the future hold for the Global Goals for Sustainable Development? »