ICAI report on DFID’s approach to inclusive growth in Africa: Where’s the impact? 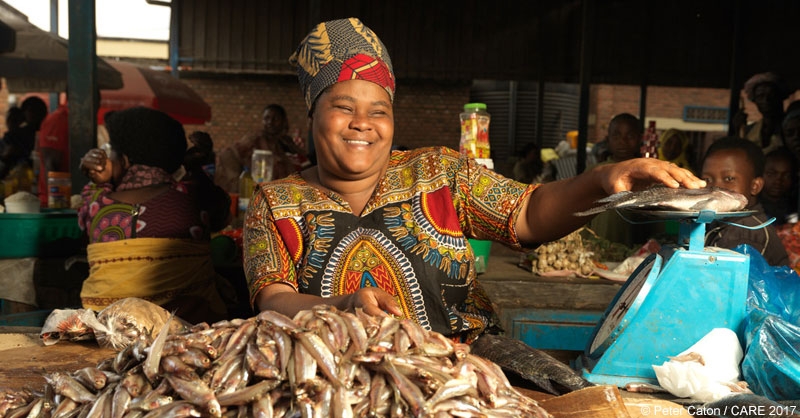 The Independent Commission for Aid Impact (ICAI) has recently published a report on DFID’s approach to supporting inclusive growth in Africa – A learning review. Given the major increase in DFID’s economic development budget over the last few years (to £1.8 billion in 2015-16 – more than doubling the amount spent in 2012-13) and the publication at the start of this year of DFID’s new Economic Development Strategy, ICAI’s review of the evidence being used to structure DFID’s spend and programming is timely. It aims to answer a question of great interest to CARE: how DFID manages the dilemma between focusing on transformational growth and ensuring that the poor are able to benefit from it.

ICAI have given this area an overall score of Green/Amber (“Satisfactory achievement in most areas”) but with an Amber/Red on “Are DFID’s country economic development portfolios informed by evidence?” (Of course, the more rigorous side of my mind is inclined towards the question of how do you know that you are doing reasonably well on having “a credible approach to promoting inclusive growth and jobs in Africa” – a green/amber scored area – if that approach is not well supported by evidence?)

Notwithstanding this overall satisfactory score I have highlighted a number of key areas where ICAI is rather critical of DFID’s approach: my other engagement with DFID on its Economic Development Strategy tells me that ICAI’s criticisms in these areas are highly relevant.

ICAI recognises the need, echoing the SDGs, for inclusion, but also that, while “DFID’s economic development portfolios have a clear focus on the poor”, “few programmes are specifically designed to address the exclusion of women and girls, youth or marginalised groups.” Given the SDG commitment to “Leave no-one behind” and the UK legislative requirement (in the International Development (Gender Equality) Act 2014) to pay attention to gender impacts, it is somewhat surprising that “they do not monitor which groups are being reached and whether any groups are being inadvertently disadvantaged.”

ICAI says: “Given that it pursues economic inclusion through various mechanisms across each portfolio, DFID does not see a need to monitor the distributional impact of each individual programme. We find that a serious gap, particularly as it leaves DFID unsighted as to whether its programmes are inadvertently reflecting underlying patterns of exclusion.”

Is Africa the next group of “Asian Tigers”?

A long-standing bugbear of mine about DFID’s thinking about economic development has been the focus (at least rhetorically) on economic growth driven by international trade to create jobs. I have discussed my concerns about this more fully elsewhere, with particular regard to fragile states, but my scepticism about how well this model will deliver for poor people in Africa goes further than fragile states.

I am therefore glad to see that the ICAI report discusses the issue at some length: “There are concerns among some stakeholders and in the literature about the extent to which the Asian model of mass job creation through industrialisation can be replicated in Africa. DFID will need to be realistic about the pace of change and open to the idea that job creation in Africa may take different forms, including a higher level of informality.”

ICAI in the end takes a rather middle-of-the-road stance: “We nonetheless agree – as did the majority of the external stakeholders we interviewed – that it is appropriate for DFID to look for opportunities to promote economic transformation in Africa... However, it is also important to be realistic about the likely pace of change and recognise that incremental growth in existing livelihood areas may be the main form of inclusive growth in many countries for some time to come. In some contexts, it may also be a precondition for economic transformation… in each country where it operates, DFID needs to pay careful attention to the appropriate sequencing and balance of its investments.”

DFID’s Economic Development Strategy makes many of the right noises on inclusion, but this ICAI analysis reinforces some major concerns about whether the poorest and most marginalised will be positively impacted, both because DFID seem to be focusing on a theory of economic development for which there is at best shaky evidence that it will work in Africa, and because even if it could, that there is insufficient focus and measurement on the ground to ensure that it will be truly inclusive.

More in this category: « It’s good to talk – the business case for good communications on tea estates CARE’s policy asks on the ILO Convention on violence and harassment at work »